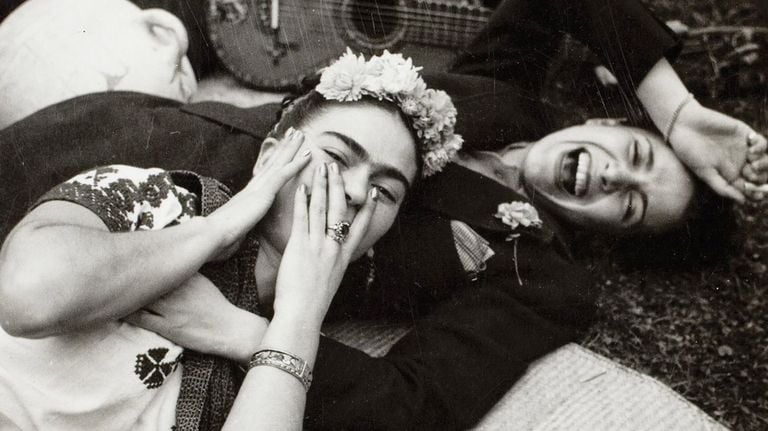 Her biography is a ready-made storyline for a movie (Hollywood, do you hear me?). In the end, how many of us are poor workers who make an acting career in Hollywood, who then become photographers who later turn into full-time communist activists? Meet Tina Modotti, a photographer made revolutionary, and don’t forget her name.

Phase 0: At the Spinning Mill

Tina Modotti was born Assunta Adelaide Luigia Modotti on the 17th August 1896. Her mother was a seamstress, her father a machinist, the Modotti family struggled to make ends meet. When Tina was two, they moved to Austria looking for a better fate, but in 1905 they returned to Italy. Little Tina had to catch up at school and learn Italian from scratch. She was successful but before she turned 10, her father emigrated to San Francisco to support the ever-growing family with American dollars. But in the meantime, Tina and her older sister had to earn the daily bread, so they went to the textile factory. She saw her younger brothers and sisters suffer, an experience that marked her for life.

She hadn’t yet turned 18 when she embarked on an almost month-long journey across the Atlantic. Traveling alone, Modotti was in fact part of the much bigger community of thousands of Italians who in 1913 decided to search for a better future in the United States. Her father and her older sister (who had left three years prior) welcomed her in the Italian district (Little Italy) of San Francisco. She joined her sister at the spinning mill again, but her beauty attracted the attention of her employers. They chose her to model for their shop with their latest designs – her career began.

She began acting with the local Italian theatre and by 1918 she was a recognized star who attracted the attention of D.W. Griffith (the director of the famous Birth of a Nation). In October, Modotti moved to Hollywood with her partner, poet and painter Roubaix de l’Abrie Richey known as Robo, to star in silent films (check her account on IMDb).

The couple quickly became engrained in the bohemian circles of Hollywood. They befriended many artists but the most influential one for Tina Modotti was Edward Weston, who first had become a friend of Robo’s in 1920. Yet later, it was Modotti who spent hours with Weston, as he taught her how to take photographs. A great love story began – both with the camera and with Weston.

Robo’s friend Ricardo Gómez Robelo became the head of Mexico’s Ministry of Education’s Fine Arts Department in 1921 and subsequently promised Robo a job and a studio in the country. Robo left in December while Tina, already romantically involved with Weston, was meant to join him in February. She didn’t make it on time – Robo died of smallpox. She was not alone for long, however, as she joined the Mexican Muralists movement and befriended David Alfaro Siqueiros, Diego Rivera, Clemente Orozco, and Xavier Guerrero, becoming their photographer of choice. Her photographs were featured by the magazine El Machete, co-founded by Rivera. Moreover, Weston joined her soon after, and together they opened a photography studio. Weston photographed landscapes, and Modotti, people.

Do you remember how Tina Modotti was moved by her younger siblings’ suffering? Her sensitivity to social issues found an outlet in a growing political consciousness in Mexico. The camera accompanied her across the country, becoming her “prosthetic extension,” which allowed her to make a statement about injustice and poverty reigning in Mexico. In 1929 she mounted an exhibition which was advertised as “The First Revolutionary Photographic Exhibition In Mexico”. Moreover, in 1925, she joined a Communist organization – International Red Aid – and met the leaders of the Mexican Communist Party (with whom she eventually had love affairs as Weston returned to California). They were Xavier Guerrero, Julio Antonio Mella, and Vittorio Vidali. She became a member of the party in 1927.

Her extensive political activism and bohemian lifestyle earned her enemies. When on January 10, 1929, Julio Antonio Mella was assassinated, and shortly thereafter an assassination attempt was made on Mexican President Pascual Ortiz Rubio, the press suspected Modotti as the perpetrator. Called “the fierce and bloody Tina Modotti”, she was expelled from the country in 1930.

First, she moved to Weimar Berlin, then, after the rise to power of Hitler, she moved to Moscow, Warsaw, Paris, and Madrid, always finding friends among Communist circles. From 1936 she participated in the Spanish Civil War using the pseudonym Maria. She stayed in Spain until the collapse of the Republican government in 1939 when she returned to Mexico. In 1942 she died in a taxi from heart failure which many described as suspicious. Diego Rivera believed that it was her lover Vittorio Vidali who orchestrated her death because Tina Modotti “knew too much.”