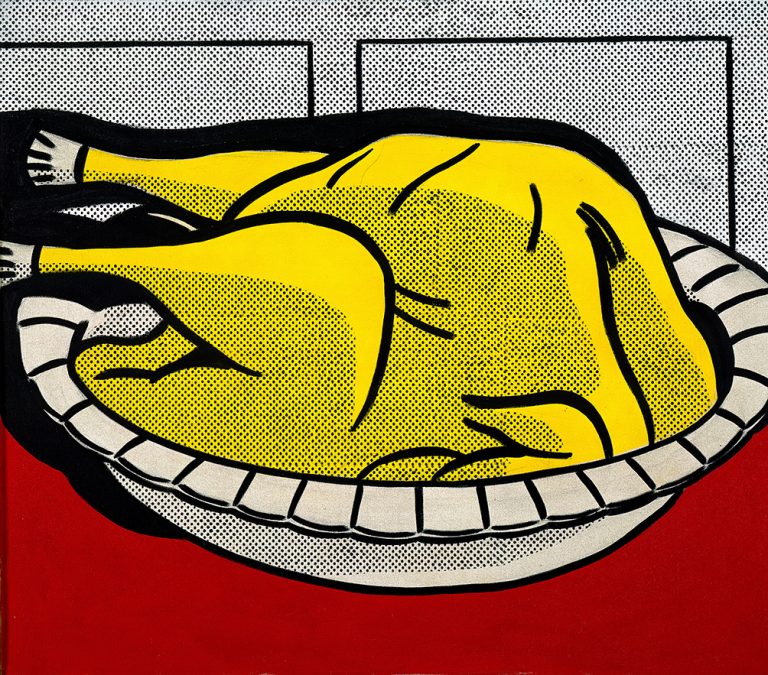 Happy Thanksgiving! Have the most enjoyable time with your family and friends celebrating this holiday season! Whether you enjoy turkey or something else, we hope it will be a special time!

Of course, the first step is to get a turkey, which you could just buy in the shop. But in a painting by Grandma Moses (1860–1961) it looks like fun to actually catch your own turkey; feel free to try. Grandma Moses only started painting when she was in her late seventies and could not do cross-stitching anymore. She was 98 when she painted this work. The carefree atmosphere and the excitement about snow and chasing turkeys bring to mind the winter paintings of Pieter Bruegel.

You may skip this stage (and the preceding one involving killing the turkey) if you don’t let Grandma Moses’ cheerful painting seduce you and buy the turkey in the shop instead. But if you decide to pluck your own turkey, you may enjoy this dark painting by Francisco Goya (1746-1828). It was painted during the Peninsular War (1808-1814) and, like many of Goya’s works from this period, it is far from up-lifting. The turkey was probably not a victim of the war specifically, but its naked, plucked body has something chilling about it…

While the turkey waits to be cooked you can always have some fun. John Currin (b. 1962) said that Thanksgiving was “a failed painting that sat around in my studio,” until he returned to it when his wife was pregnant. Here, he combines the European tradition of still lifes and bodegones, including all their symbols, with a more playful and modern (and maybe a bit artificial) take on the traditional family scene.

This is the epitome of turkey that everyone has in their mind. Roy Lichtenstein (1923-1997) created it in 1961, just as his work started to be displayed by Leo Castelli. In the following year, his entire exhibition was bought before the show even opened. Our turkey also became famous as it was printed on the shopping bags that formed part of a pop-art exhibition called American Supermarket in 1964. If you were lucky, you could have owned one of them for only $12.

Here you will find some real advice on how to cook your turkey, just in case you need it.

Enjoy with Family and Friends

I’m sure you will not need any help with this step, so let’s take a look at a painting that many of you have seen multiple times before and find comfort in the familiar. Freedom from Want was one of the Four Freedoms series inspired by Franklin D. Roosevelt’s 1941 State of the Union Address. It has become an iconic representation of the Thanksgiving holiday. Say “hi!” to the man in the bottom right corner and go on to enjoy your Thanksgiving!