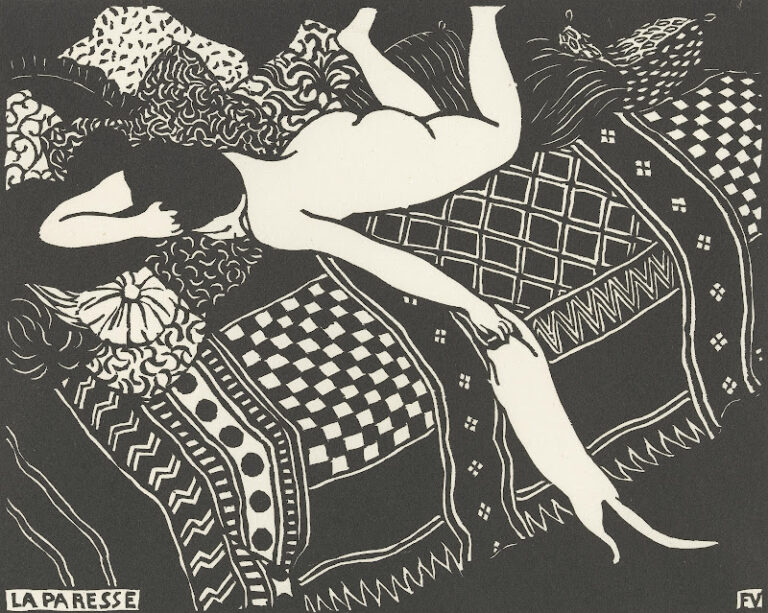 The Hidden Gems of the Van Gogh Museum

The Van Gogh Museum is dedicated to the life and works of Vincent van Gogh. It holds the largest collection of Van Gogh paintings and drawings in the world and is the go-to institution for the painter’s extensive correspondence. However, within the museum’s collection there are artworks from other artists as well. Artists that were friends and acquaintances of the Dutch painter, others that were simply his contemporaries, and others that came after him but carry Van Gogh’s legacy in their art. Through their work, we get a better idea about van Gogh himself, his art as well as new insights about the world he lived in. Here are 6 best works from Van Gogh Museum that are not by Van Gogh:

The father of Impressionism visited Holland in 1866 and was duly impressed by the colorful tulip fields. In his characteristic style, he presents an image full of sunshine and movement. With small and rapid brushstrokes, the flowers give the impression of a unified whole, a sea of flowers moving with the wind.

Monet sold this painting through the art dealership where Theo van Gogh, Vincent’s brother, worked and it is possible that Vincent saw it there. When Van Gogh moved to Paris in 1886, Impressionism was the word of the day. The new style had a lasting impact on Van Gogh’s work making him adopt the brighter pallet he is known for.

In this print, the biggest white areas are the naked body of the woman and the cat. The forms are simple, however, through the strong contrast, the artist is able to suggest pattern, depth, and shape.

Before Gauguin moved to the south of France to live with Van Gogh, he and the Dutch artist exchanged self-portraits. Gauguin painted himself as Jean Valjean, the main character of Victor Hugo’s novel Les Misérables. In a letter to Van Gogh, he explains this decision:

By doing him with my features, you have my individual image, as well as a portrait of us all, poor victims of society, taking our revenge on it by doing good.

Stylistically, Gauguin contrasts the flowery and very bourgeois wallpaper in the background with what his contemporaries would think of as garish colors and stark shadows in his self-portrait.

In the top right corner there is the sketch of another French painter, Emile Bernard, with whom Gauguin lived at the time in Bretagne. In the museum collections there is also a self-portrait by Bernard himself with a sketch of Gauguin, a gift to Van Gogh as well.

Through his many self-portraits we are very familiar with Van Gogh’s likeness. However, those paintings show how the artist saw himself. It is quite interesting to see Van Gogh through the eyes of others, namely his friends and colleagues.

Toulouse Lautrec did this chalk sketch when they both frequented the bars of Paris. Not much is known about their friendship apart from that they both took lessons in the same studio and that Toulouse-Lautrec supported Van Gogh’s paintings in an exhibition in Brussels in early 1890.

On the other hand, the relationship between Gauguin and Van Gogh is well documented. Gauguin painted Vincent hard at work, creating one of the emblematic sunflower paintings.

Kees van Dongen was a Dutch painter working in Paris in the first decades of the 20th century. On this canvas, the artist’s wife, wearing a cobalt blue dress and a set of pearls, looks out at us with a provocative expression.

The stark contrast of the colors marks the piece as Fauvist. Notice the blue dress with the red background as well as the pale complexion of the woman with the greenish shadows. Indeed, Van Dongen was affiliated with the Fauves and took part in the infamous Salon d’Automne of 1905, which gave them their name. However, it can’t be ignored that Van Gogh’s style with large, bold blocks of color and expressive brushwork was an integral inspiration to van Dongen.