Why Are Cigarettes So Sexy? A Story Of Art Nouveau Posters 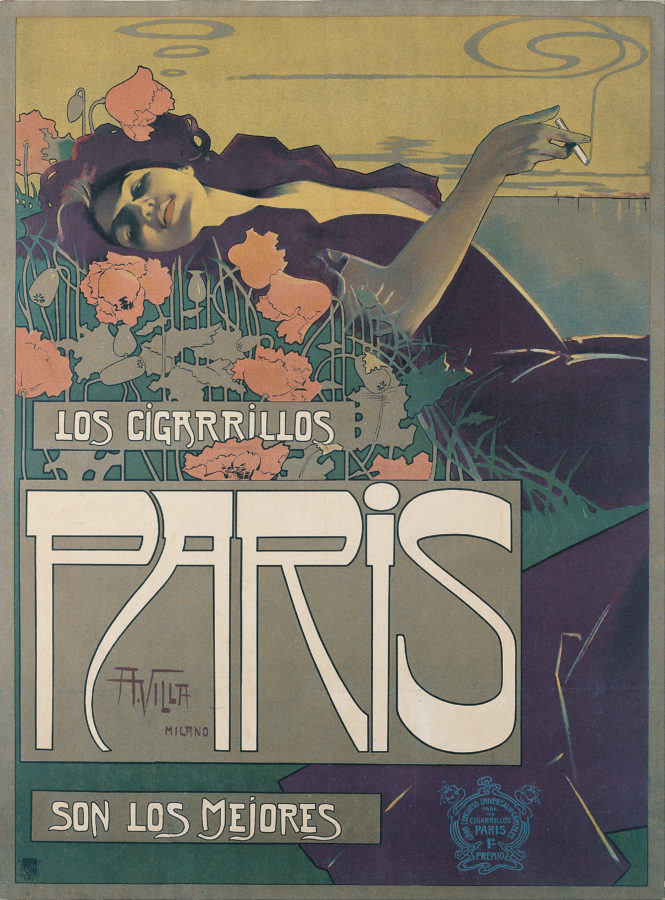 Just to make it clear: smoking is bad. But… why do all those smoking people look so sexy with cigarettes?! (Like Marlene Dietrich with her cigarette holder, or James Dean…). I suspect that this whole cigarettes-look-sexy business started with the early ads, which featured coquettish and beautiful women inviting one to buy cigarettes or rolling paper. Who could possibly resist them? Here you will find the collection of Art Nouveau cigarette posters (so classy!) 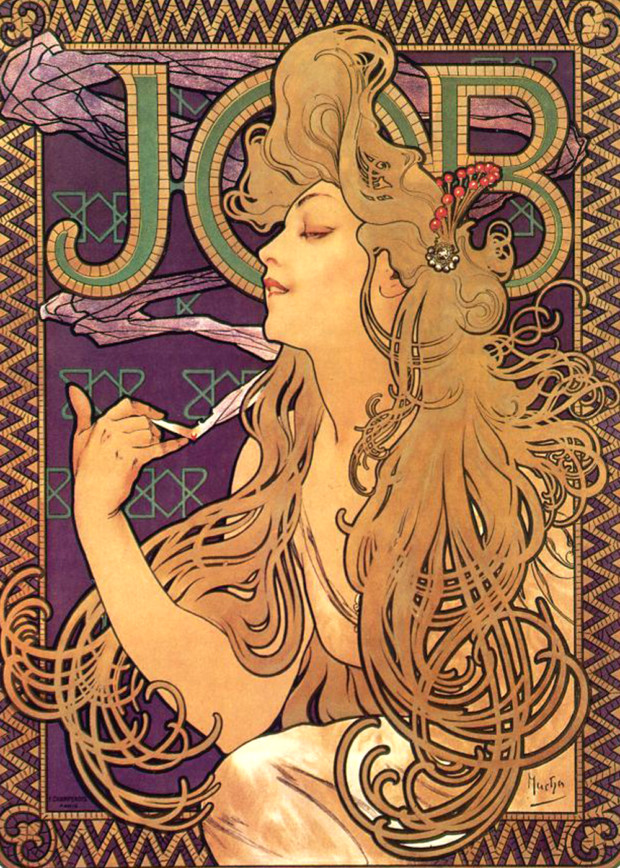 Alphonse Mucha, JOB, 1896[/caption] JOB was not, in fact, a cigarette brand. They produced thin rolling papers made of rice paper, since in the 19th century most smokers rolled their own cigarettes. JB letters referred to the initials of the owner, Jean Bardou, while the ‘O’ was in reality a diamond shape which separated two letters in the first designs of the ads. 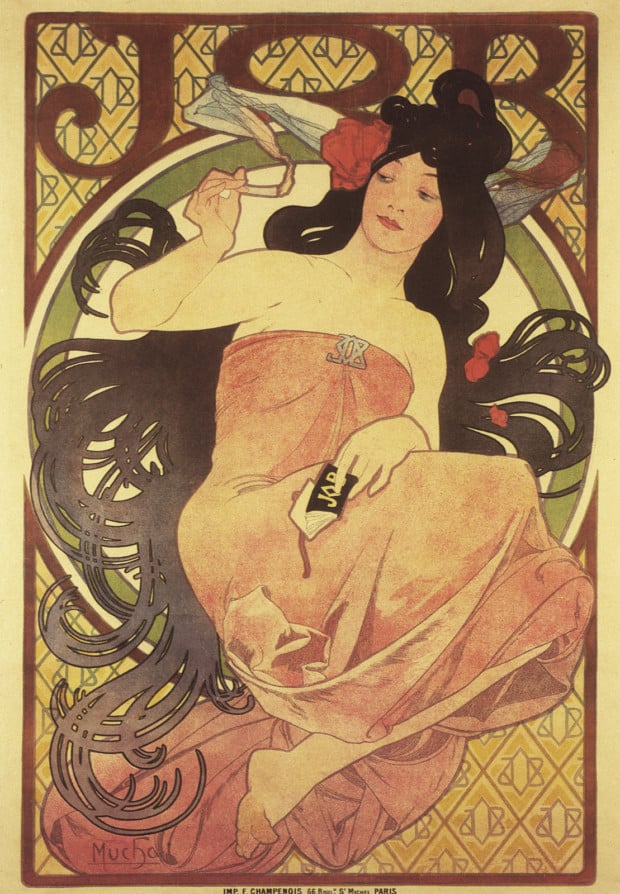 Alphonse Mucha, JOB, 1897[/caption] When Jean Bardou died, his son took over the company and invested in developing the advertisement for the brand. In the 1890s, he invited Alphonse Mucha, a famous Czech Art Nouveau artist to design some of the posters. This cigarette goddess was inspired by Michelangelo’s Sibyl from the Sistine Chapel. She became so popular that the poster was produced also in a form of a lithograph. And gave a beginning to a series of other sexy posters.

A Non-Smoking Goddess For The Comparison 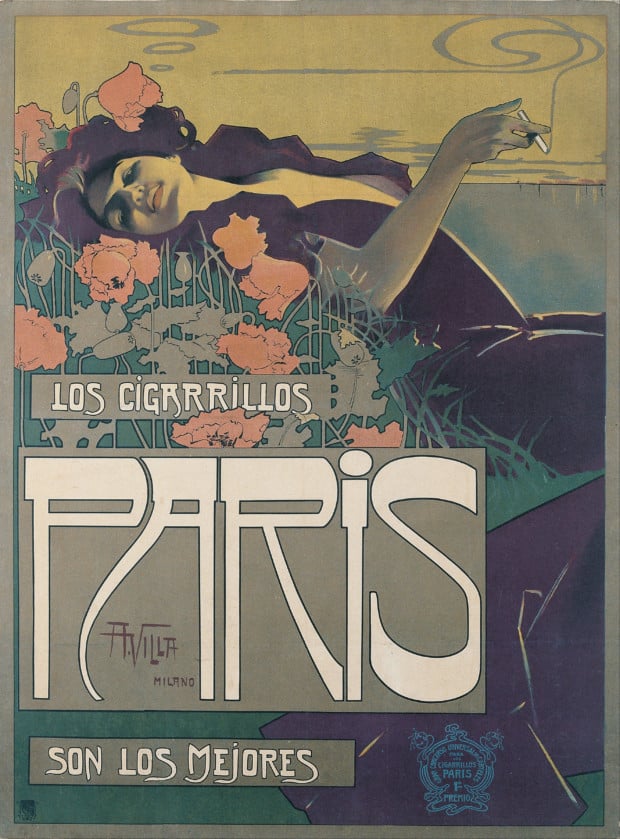 Aleardo Villa, Los Cigarillos Paris, 1901[/caption] The success of JOB’s inspired other brands to follow in their footsteps. They cooperated with Mucha but also employed other artists like an Italian Aleardo Villa. 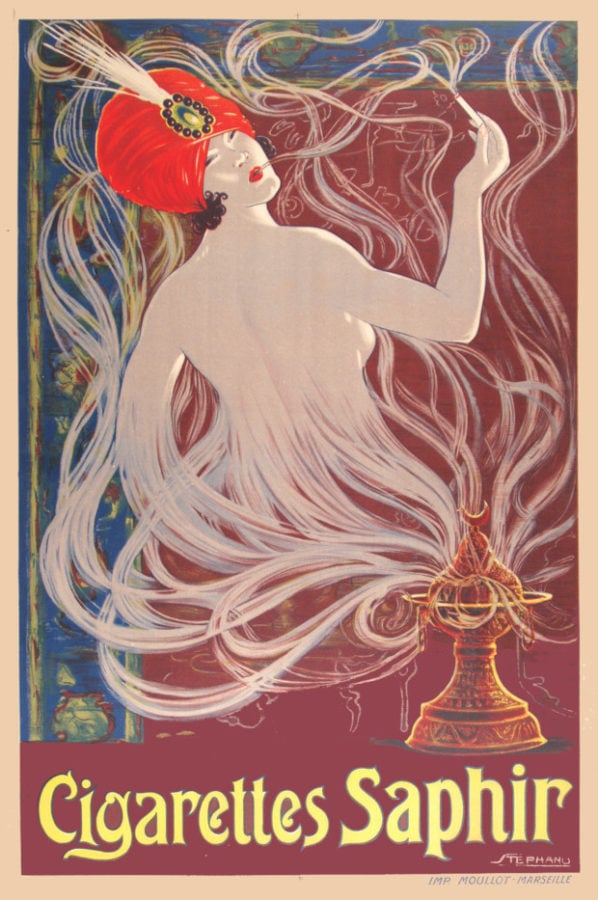 Stephano, Saphir Cigarettes, 1908[/caption] Machine rolled cigarettes were a luxurious product in 1908 when this poster was made. Stephano depicted a very exotic-looking woman smoking a cigarette and a Hookah at the same time. Such a Flapper she must have been! 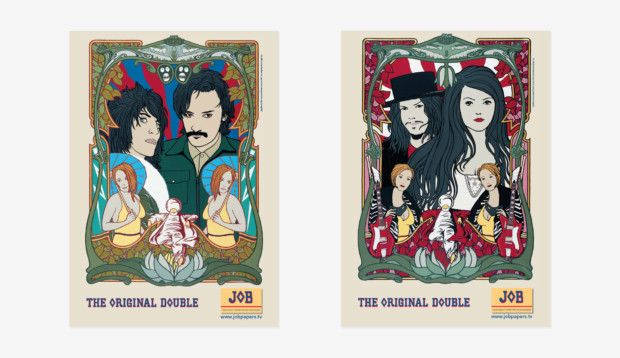 Paul Harvey, The Original Double, 2008[/caption] Sexy cigarette designs by Mucha and others are still in fashion. In 2008 JOB invited a Stuckist artist Paul Harvey to design new posters in Mucha-inspired style. Harvey depicted famous doubles, which referred to the product, the “Original Double”. Ah, and by the way, smoking kills.

Fräuleins (Ladies), step aside! This steaming-hot brunette is back in town! After 100 years of captivity, away from the Viennese public, you can now...

With so many options to choose from, it is hard to narrow down a list of the most beautiful Art Nouveau buildings in the world. So here's a small...

Parisian advertising posters have proven to be an essential element of the retro aesthetic. Reminiscent of the lifestyle of its time, this form of...