5 Fleshy Sculptures That Could Come To Life 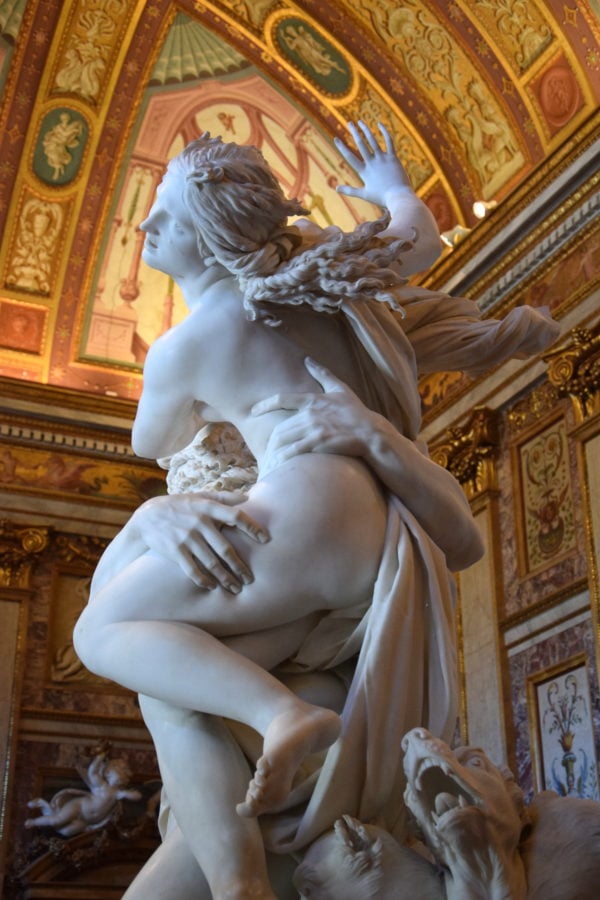 The debate about the supremacy of painting over sculpture or the other way around has been around for centuries. Everything started already in the Renaissance and the question has remained unsettled until this day – what is better, what is more real, what requires more mastery and talent?

No matter what would be the verdict, I feel that sculpture is more often marginalized when we speak about art history. This is why I want to show you a few sculptures which are equally moving and spectacular as paintings, or even better because they are more f l e s h y.

This is one of the sculptures which always leaves me completely stupefied with its realism. Look at this hand on the thigh, it all looks so real!
The hand belongs to Hades who has just caught Persephone to take her to his underground kingdom, but she’s not giving it in yet, she’s trying to escape his embrace. Depicting a tense climax of a particular story was a high fashion in Baroque sculpture and Bernini always tried to follow it – look up his David or Apollo and Daphne.

Rodin is the guy who modernized sculpture. Not only did he revive it after a long period of inertia and silly generic commissions for private collections, but also he changed the status of a sculptor from a mere craftsman to an intellectual and true artist. Of no less importance was that he often picked very sensual, and sensitive, topics which made his work infamously controversial. One of the examples is The Kiss. When the sculpture was sent to Chicago for an exhibition, the curators decided that it was unsuitable for a general display hence the visitors could view it only if they personally asked for it. Well, in the end these guys (Francesca and Paolo from Dante’s “Inferno”) are constantly kissing in public! And it looks so real!

Above all: this guy must have been a slave to the gym, just look at his perfectly modelled torso.
Michelangelo loved muscular figures. He painted them- his women in the Sistine Chapel look like wrestlers, honestly- and sculpted them. Male body might have been his favourite subject, in the end there is so much potential for muscles in it, isn’t there? This sculpture was intended to stand by the tomb of the pope Julius II who commissioned Michelangelo to execute his tomb. He is one of the two, his lucky friend who is more alive is called Rebellious Slave. They’re both chilling in the Louvre at the moment.

Ok, this is not the most realistic sculpture you’ve seen. But Henry Moore just must be mentioned if we talk about sculpture. Although his figures are simplified and their limbs are rather suggested than obviously carved, the sculptures still look amazingly human. Maybe they’re even more human and more real than the naturalistic sculptures of the others, because they refer to something primordial that we can also sense in the ritual sculptures of the African and Oceanic tribes, or the Paleolithic figurines. And, it must be said, they all are extremely fleshy.