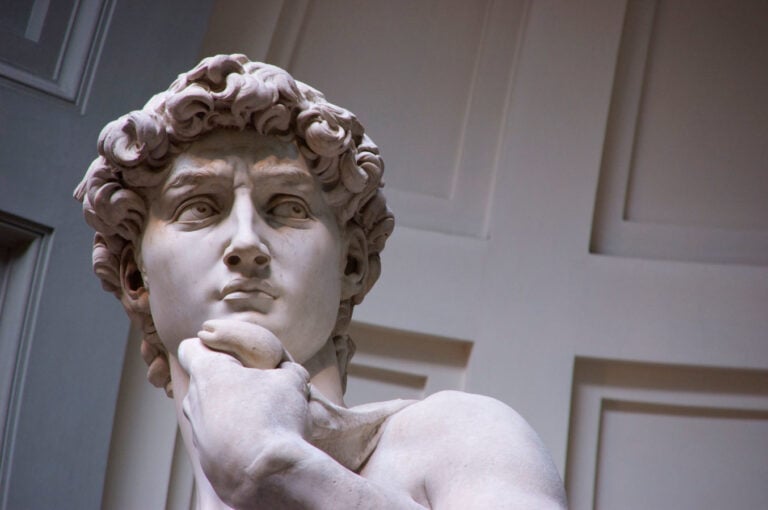 Guess who is the birthday boy today? It's Michelangelo Buonarroti, painter, sculptor and architect was born in Caprese, Italy on March 6, 1475. He is one of those geniuses whose biography is well known by many. But here we've gathered 10 facts about Michelangelo you've probably never heard of:

1 He started his career as... a forger 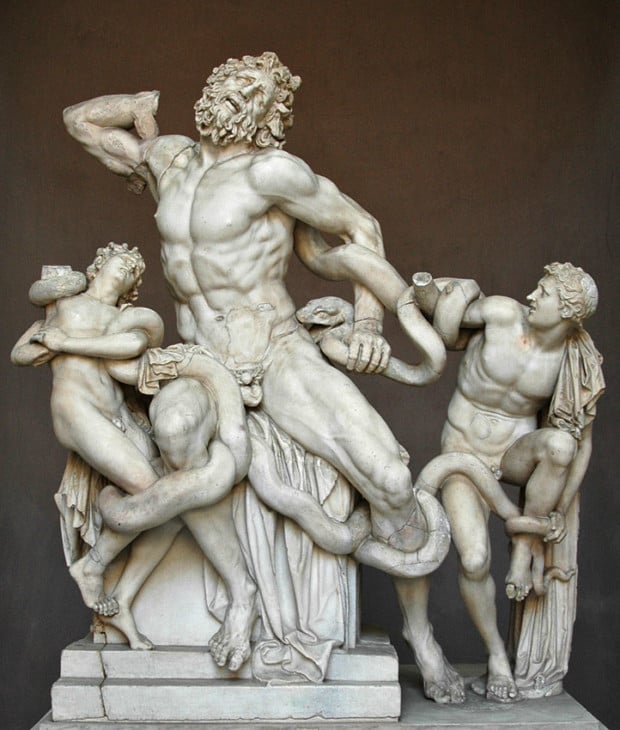 The Laocoön group, marble. perhaps 1st century CE, The Vatican Museums[/caption] Early in his career, Michelangelo carved a now-lost cupid statue in the style of the ancient Greeks. Lorenzo de’ Medici told Michelangelo that a cupid could be sold for a lot more money if he could make it “appear to have been buried.” Michelangelo agreed to do it and the piece was bought by Cardinal Raffaele Riario. However, the Cardinal soon realized that he bought a “fake,” got his money back, but was so impressed with the sculpture that he brought Michelangelo to work in Rome. He, until this day, is also suspected to be the author of the sculpture of the Laocoön group. Laocoön was supposed to be an ancient Greek masterpiece and was dug up in Rome in 1506.

2. His commission to paint Sistine Chapel was supposed to be a sabotage 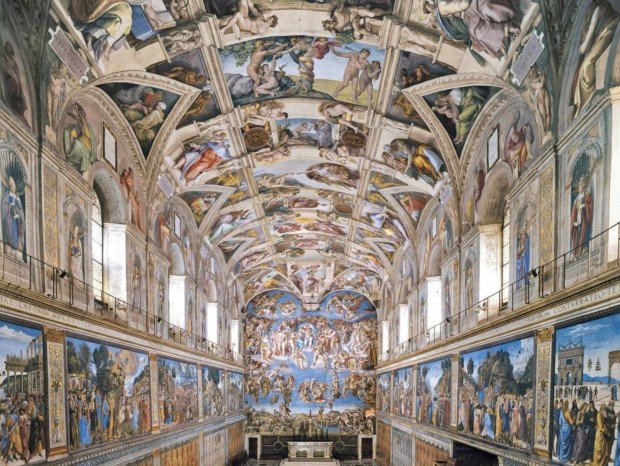 Michelangelo Buonarroti, The Sistine Chapel, 1508 -1512, Vatican Museums[/caption] Jealousy is an awful thing but sometimes people's hatred can lead to magnificent results. Fellow Renaissance painters, including Raphael convinced Pope Julius to hire Michelangelo to paint the Sistine Chapel, in an effort to sabotage his career. Remember, that Michelangelo at this time was considered to be mainly a sculptor. Michelangelo nearly didn’t accept the job, but eventually took it. It took him 4 years to paint lying on scaffolding but he created one of the most magnificent masterpieces ever created.

Bronze sculptures attributed to Michelangelo, Fitzwilliam Museum[/caption] Michelangelo lived for 70 years and and he worked for nine Catholic pontiffs from Julius II to Pius IV. His most famous masterpiece is of course the fresco in the Sistine Chapel but his works include all kinds of stuff, like ornamental knobs for the papal bed.

4. He designed this funny costumes of the Swiss Guard 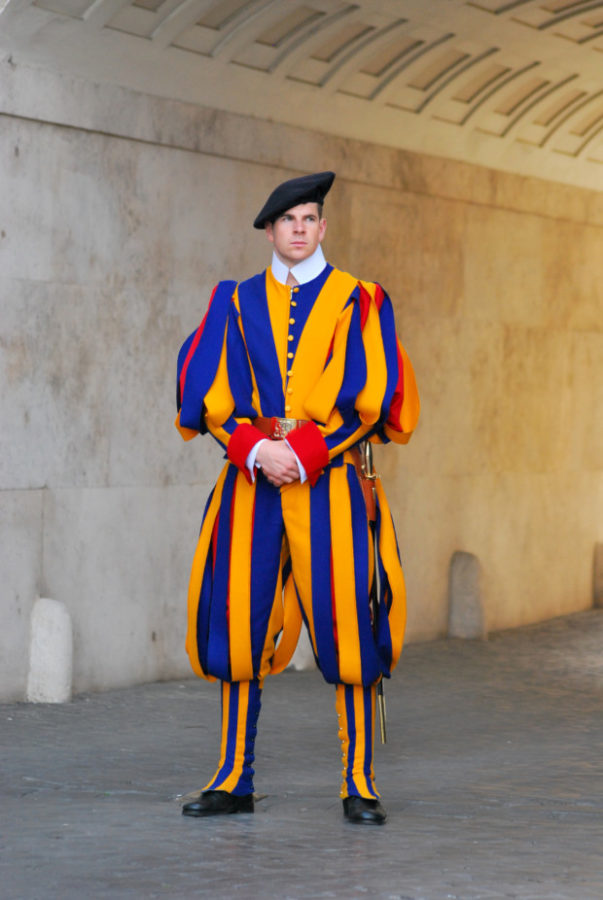 The Swiss Guard. Source: Wikipedia.com[/caption] It’s a common belief that Michelangelo designed the uniforms of the Pontifical Swiss Guard.

5. He was like Steve Jobs, in therms of bathing 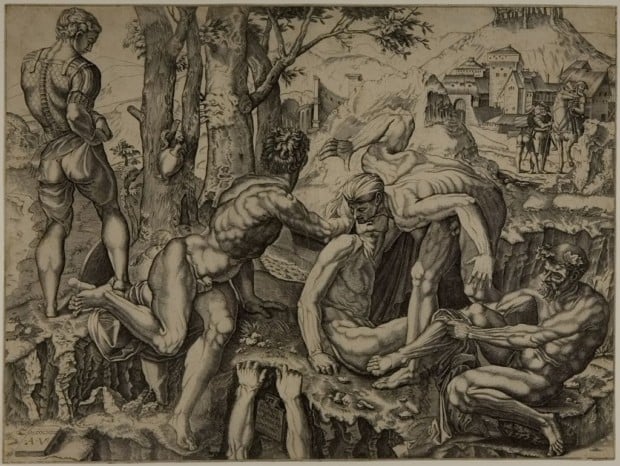 Agostino Veneziano After Michelangelo Buonarroti, Soldiers Bathing in the Arno, 1610, Harvard Art Museum[/caption] The legend says that Michelangelo’s cloths had to be peeled off his body when he died since he’d been wearing them for so long. It’s known that he hated baths and that possibly included a hatred for washing or changing his clothes.

6. He painted his self portrait. A very interesting one... 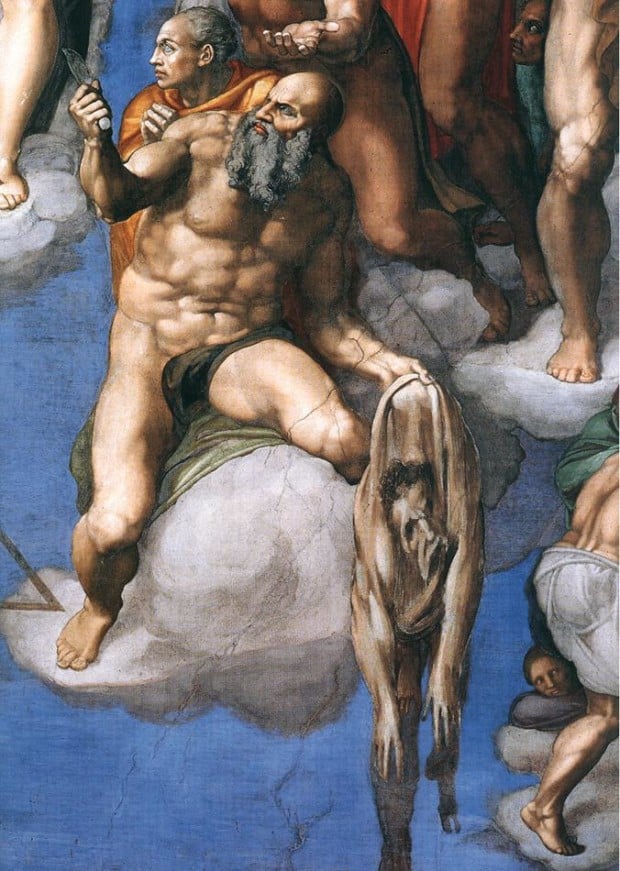 The Last Judgement (detail), 1537-41, Michelangelo. Sistine Chapel, The Vatican.[/caption] Michelangelo found himself an interesting place in Sistine's Chapel fresco to place his self-portrait. He chose to paint his face as Saint Bartholomew. Yes, this is this saint who is always shown as flayed skin, because he was skinned alive.

7. He was an accomplished poet 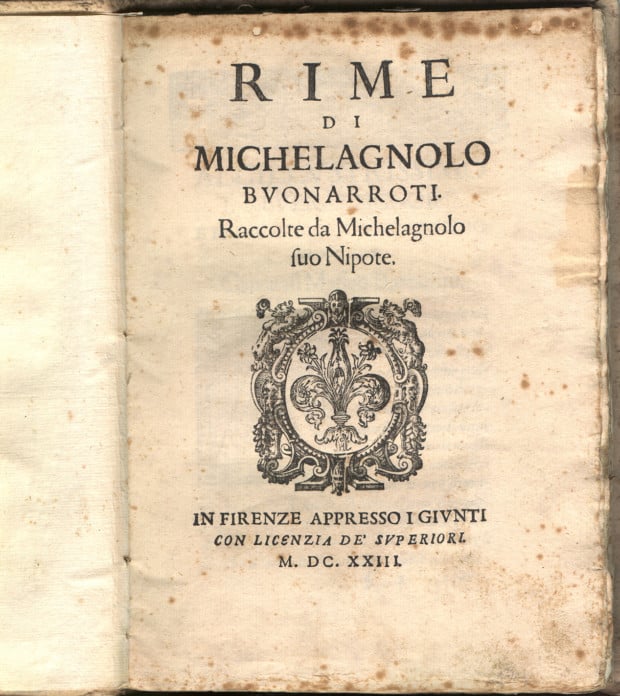 Michelangelo produced several hundred sonnets and madrigals over his career. His poetry touches on everything from sex and aging to his overactive bladder. While none of these works was formally published in his lifetime, they circulated widely among Rome’s 16th century literati, and composers even set some of them to music.

Michelangelo Buonarroti, Portrait of Andrea Quaratesi, 1510, British Museum[/caption] Michelangelo never married and it's little known about his private life. But he did write passionate love poetry to a number of young men, most notably a young nobleman Tommaso dei Cavalieri. Later in life he had a romantic friendship with a widow who also was a poet. Her name was Vittoria Colonna, they wrote sonnets to each other.

9. He kept working until the week he died. 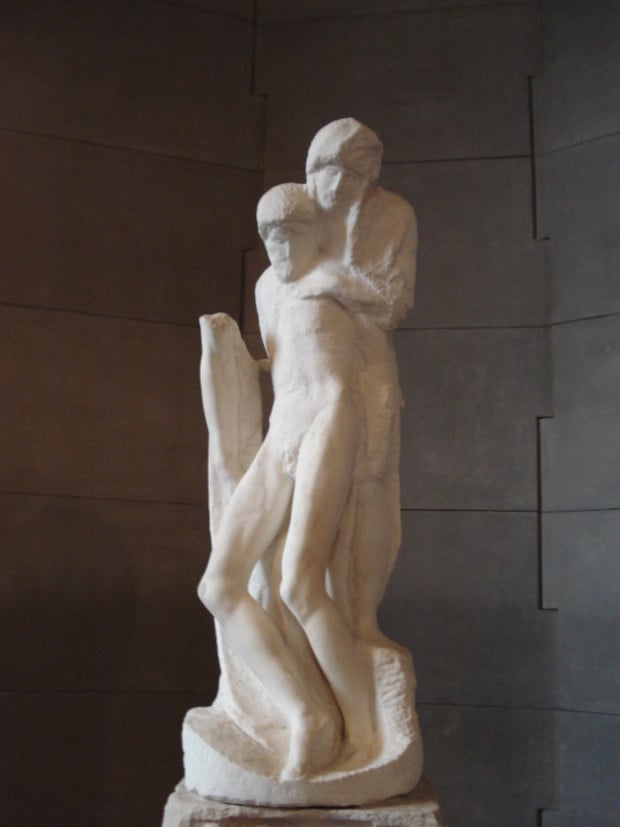 Michelangelo, Pietà Rondanini, 1564, Museum Pietà Rondanini, Italy.[/caption] Michelangelo lived 88 years. Even after he became too weak to go to the work site regularly, he still supervised the job he currently was doing - overseeing construction on St. Peter’s Basilica in the Vatican from home by sending drawings and designs to trusted foremen. But he couldn't stop sculpting until his last days, when he was still working on the so-called “Rondanini Pieta,” which depicts Jesus in the Virgin Mary’s arms. 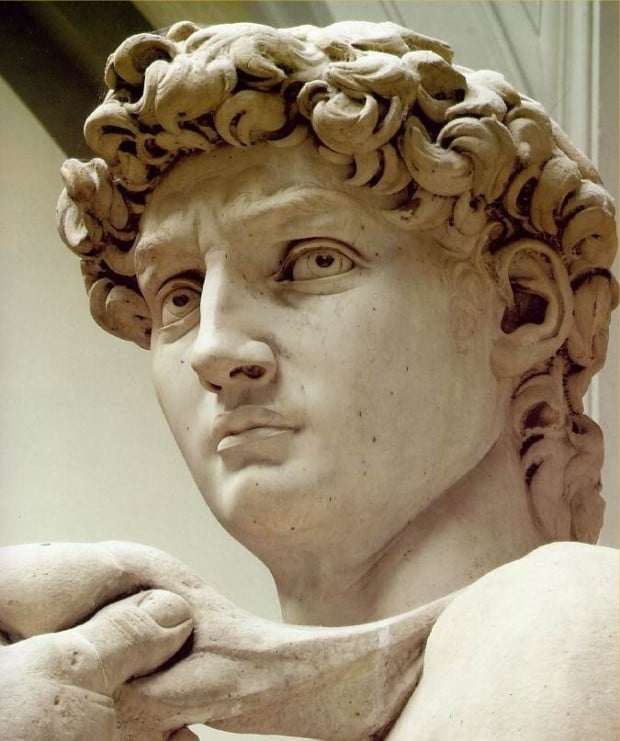 Detail of David, Michelangelo Buonarroti, 1501, Galleria dell'Accademia, Florenze[/caption] Michelangelo was a penny pincher and died with estate that was worth 50,000 florins. That is the equivalent of $35 million in today’s money.