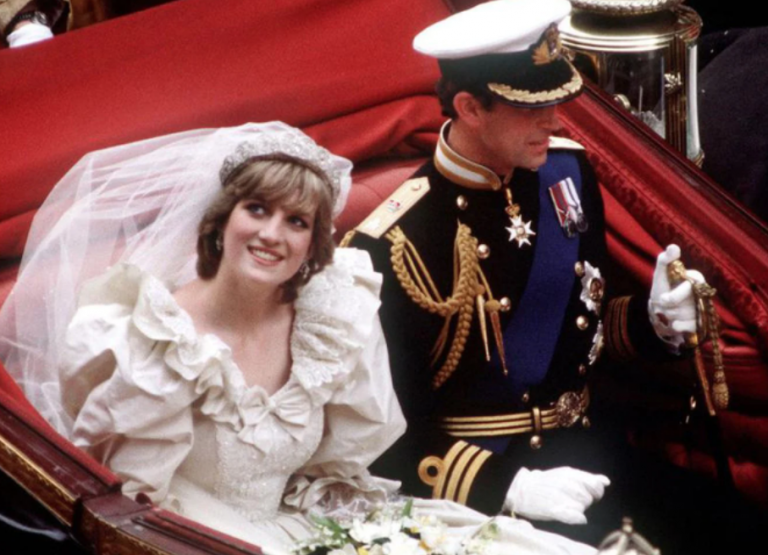 Unless you live on Mars, you can’t have missed the 2021 media frenzy around Britain’s Prince Harry and Meghan Markle’s interview with Oprah Winfrey. Whichever side of the royal fence you sit on, the issues of bullying, abuse, and racism revealed by the couple were deeply unsettling. Here are a few other wronged Royal wives throughout history.

Royal courtships are supposed to end in “happily ever after”. We want pomp and pageantry. We want glamour and romance. We want beautiful gowns and extravagant jewels. But what price do Royal wives pay for our insatiable thirst for nostalgia and romance?

Royal scandal is nothing new. Put-upon royal wives seem to bear the brunt of the violence and oppression handed out by their families, their husbands, and even their subjects. Let’s take a look back in time at some of the worst examples.

We only have to go back to 1997 to examine the tragic story of the royal wife Princess Diana. Mother to Prince Harry, “The People’s Princess” was a hopeless romantic, completely captive to her fairytale Prince. However, very quickly Prince Charles’ affair with an old mistress, his public indifference to Diana, and intrusive press activity saw her mental health crumble. Meanwhile Diana worked her way through bulimia and postpartum depression. She championed children’s charities and was instrumental in changing public attitudes towards AIDS. Diana divorced Charles in 1996, but a year later she was killed in a car crash, aged just 36. A jury ruled that the crash was partly the fault of the paparazzi and there was a very public outpouring of grief for this hugely popular royal.

A generation before, in 1936, King Edward VIII gave up his throne to marry a divorced American (I’m getting deja-vu here). Wallis Simpson was branded as a scheming and cunning social climber. She also faced cruel, hostile, and unfair treatment from the British establishment, royal circles and the press. In fact, Simpson was said by her allies to be intelligent, funny, and sincere – she had escaped an abusive first marriage and she captured Edward’s heart. A constitutional crisis ensued. On 11th December 1936, Edward gave a public speech to the nation, declaring:

(…) it has become impossible to discharge my duties as King as I would wish to do, without the help and support of the woman I love.

He stepped away from the throne and moved to France. However, just as with Diana, scandal, gossip, and victimization continued to pursue Edward and Wallis for the rest of their lives.

Of course, when we’re looking at the abuse of Royal wives, we cannot overlook King Henry VIII, England’s most married monarch. Six weddings, none of them a fairytale – as the children’s mnemonic rhyme goes: divorced, beheaded, died, divorced, beheaded, survived. The desire for a male heir drove Henry to the most shocking acts throughout his reign.

Catherine of Aragon was the youngest daughter of Ferdinand and Isabella of Spain. Catherine arrived in England aged 15 with a large dowry, to marry Henry’s elder brother Arthur. He died just a few months later however, and Catherine the widow married the teenage Henry. A decade of many miscarriages and the failure to produce a male heir soured their relationship. Henry became obsessed with a young woman, Anne Boleyn. Subsequently, he overturned religious and political life across the UK in order to divorce Catherine and marry Anne. Catherine, a committed Catholic, never accepted the annulment of the marriage and was banished from court life.

Henry broke with Catholic Rome and invented his own Church, making himself the head of that Church. Despite her ability to cause Britain to split from the Vatican, Anne’s story doesn’t end well – she was beheaded in 1536 for treason, adultery, and incest. Much of the “evidence” was provided by Thomas Cromwell, who had plans of his own around the Church and monarchy. Catherine Howard, Henry’s fifth royal wife met a similarly gruesome end.

Anne of Cleves was Henry’s fourth royal wife. Branded most unkindly “The Flanders Mare”, Anne was not a favorite of the King. It is said that Henry did not like Anne at all and was unable to consummate the marriage. When Katherine Howard caught his eye, Anne (with the desire to keep her head attached to her shoulders) agreed to a divorce, and moved to Hever Castle. Although forever cast in the role of the unattractive, lonely spinster, it appears that Anne was in fact a clever and warm woman, who outlived Henry and was admired by many.

Next we move on to the marvelous Eleanor of Acquitane who was actually locked away by her husband Henry II. Eleanor was one of the wealthiest and most powerful women in Europe in the High Middle Ages. Her first marriage to the French King Louis VII was annulled and in 1152 she married the Duke of Normandy (who later became King Henry II). They had eight children but disagreed about the future of the royal family. Henry imprisoned Eleanor in 1173 for supporting their son Henry, who was demanding more power. She was locked away for 16 years, only escaping when her husband Henry died and their third son, Richard I (popularly known as Richard The Lionheart) ascended to the throne.

This Portuguese royal popularized the tradition of tea drinking to England, so you’d expect the British to take her into their hearts. However, as a devout Catholic, Catherine of Breganza was treated in most foul ways by those surrounding the Protestant King Charles II. She was accused of being implicated in a “Popish Plot” to threaten the throne. The more bizarre charges included murder and poisoning the King. Without the King’s intervention, she would have stood trial. Charles saved her life but it was a painful life – her husband was serially unfaithful, she had many miscarriages, and was hated by royal courtiers.

She was just 12 years old when Eleanor of Provence arrived in London to marry King Henry III. Even by medieval standards, this was young. (Henry was almost 30.) Missing the culture and weather of the South of France, this noblewoman brought with her a retinue of family and friends – and there lay the problem. Marrying into the British royal family meant (then, as now) leaving behind your old life and your family. You were meant to become “English”. Eleanor was clever, fashionable, and French and the London public had no stomach for any of that. They even threw rotten eggs, mud, and stones at Eleanor’s royal barge.

Being married off to George, Prince of Wales, the son of “mad King George III” was as traumatic as it sounds. Needing a vast injection of money into his coffers, George decided to invite Caroline of Brunswick to his court. Despite having secretly (and illegally) married Mrs Fitzherbert, a Catholic widow, he still felt the need to acquire a nice Protestant bride to placate Parliament.

Things went badly from the very start. The Prince of Wales was known for his gluttonous eating and drinking habits. He was drunk at their wedding and Caroline called him “very fat”. After one daughter was born, the pair led separate lives. Caroline found an Italian lover and seems to have enjoyed adopting orphan children.

When George came to the throne as King George IV, he refused to accept Caroline as his Queen and demanded a divorce. Vicious rumors were leaked within Court, Parliament, and in the public eye. Caroline was forcibly removed from the King’s coronation in 1821. However, Caroline had the sympathies of the public who scorned their immoral, licentious, high spending King. She died that same year and was buried in her native Germany, in a tomb with the inscription: “Here lies Caroline, the Injured Queen of England.”

Britain and Its Royals

Throughout history, the British royal family has been plagued by scandals, controversy, and bad press. We Brits have a strange love-hate relationship with our Royals. They are part of our collective consciousness and we spend £70 million a year on them. We have been captivated by them for centuries, but social media and global 24-hour rolling news have made their lives even more open to our scrutiny, our love, and our hate.

Anti-monarchy republicans label royals as parasites, asking how a so-called liberal democracy justifies power and privilege based on nothing more than hereditary blood rights. Let us not forget our Kings and Queens ruled over centuries of colonial slavery and empire.

Yet despite these facts, the reverence continues; Brits can’t quite kick their obsession with nostalgia and history. Gasp over the theater of a royal wedding. Lap up titbits of regal gossip. Pore over every shot of The Crown TV series. Meanwhile, UK tabloid newspapers make fortunes selling dishonest, damning column inches, furthering their own nefarious interests.

Royal Life Is a Circus

Of course, violence against royal women is not solely a British trait. In Egypt, Ptolemy XI married Berenice III who was reputedly his stepmother, cousin, and half-sister. Three weeks later he killed her. Poppaea Sabina, from Pompeii, was the second wife of Emperor Nero. In the year 65, he kicked her to death while she was pregnant. Nero then castrated and married a young freed slave called Sporus, who apparently closely resembled Poppaea. Royal life is a circus, and who can blame those who want out?

Oprah Winfrey concluded her recent interview with the royal couple by telling Meghan that her story with the prince “does have a happy ending – because you made it so”. Many Royal wives didn’t make it out alive, so however you feel about Meghan, you have to hand it to her that in the most distressing circumstances, she saved herself, her husband, and her children. I for one am grateful that there are women strong enough to stand up to the old guard and speak out. Look out for our next installment in our tour of Royal women – we’ll be looking at thriving Queens who fought back and won!