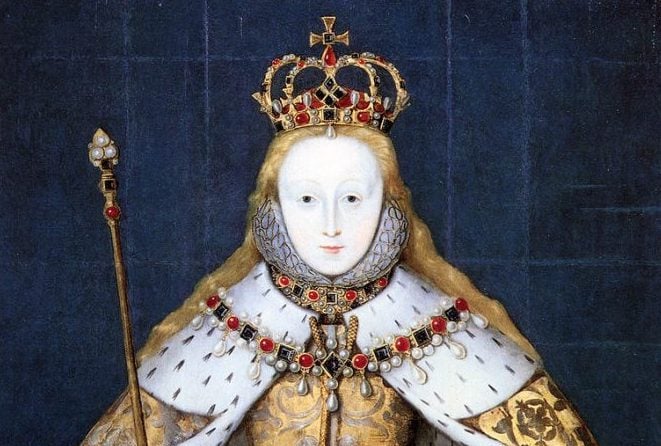 Follow us on a short historical tour of thriving royal women across Europe who enjoyed power and success on their own terms. How we measure royal success is problematic, of course. What looks like a win to an ambitious queen might look like despoiling and conquering to our modern eyes – you decide!

Eleanor of Castile was a medieval queen, born in 1241, and she exerted a strong cultural influence across England. She was a landowner and successful businesswoman, a patron of literature, and had a keen interest in the art of tapestries, carpets, and garden design. Royal marriages were usually arranged for political or financial reasons, and she was betrothed to Edward I at age 13. However, it is said that both of the pair were devoted to each other. In fact, when Eleanor died in 1290, Edward commissioned 12 stone-cross monuments to be built along the route of her funeral cortege, the most famous of which was the Charing Cross in London.

During her 34-year reign, Catherine II modernized and Westernized Russia. Her time as queen is known as the Golden Age of the Russian Empire. She was a fan of the Enlightenment, an art patron, corresponded with Voltaire, and promoted education. Perhaps most interesting for us, she was a vaccination pioneer and was the first person in Russia to be inoculated against smallpox in 1768. As for anti-vaxxers? She labeled them “block-heads, ignorant or just wicked.” Despite her determination to keep her population healthy, she was not averse to war, and she defeated the Ottoman Empire twice, expanding the Russian Empire over three continents. She was also known for a rather juicy personal life. The bawdier stories are probably not true, but I’ll leave you to research that for yourself.

Now we move on to a rather amazing woman. Christina was Queen of Sweden from 1632 (when she was just 18) until 1654 when she abdicated from the throne to pursue a life dedicated to the arts. She moved to Rome and is one of the few women buried in the Vatican Grottoes. Her art collection in Rome was unrivaled. She led quite a free-thinking, unconventional lifestyle, playing with ideas around gender and culture. She often dressed in men’s clothes, socialized freely with men, and is said to have taken female lovers.

Christina was fiercely intelligent and spoke seven languages as well as her native Swedish. She collected and commissioned thousands of artworks and was a great patron. Just like Elizabeth I of England (who we discuss later) she saw the merits of celibacy and refused to marry. Many films, books, and plays have focused on her life – including a very famous 1933 film starring Greta Garbo.

In 597 CE, Saint Augustine journeyed from Rome to England to convert the pagans to Christianity. Queen Bertha of Kent (also known as Princess of the Franks) was a key figure in his activities, and although we may mourn the loss of the ancient pagans, her influence on the English and on Christianity cannot be understated. She was canonized as a saint for her works. Sadly, there are so few accounts of her life and work that her personality and daily life are out of our reach forever.

Possessing great beauty and intelligence, Isabella was also known as The She-Wolf of France. She was born into one of the most powerful families in Europe in 1295 or 1296. She married Edward II of England, himself intelligent and handsome. The marriage was affectionate and loving (although plenty of historians seem happy to report gossip and falsehoods about a powerful woman). However, Isabella later found that Edward preferred the company of handsome men who tried to reduce her influence in court, and she responded by trying to steal Edward’s throne. She finally forced him to abdicate the throne to their son, Edward III. Isabella lived to a ripe old age, enjoying the land and monies she had awarded herself, then became a nun!

Also called The Virgin Queen and Good Queen Bess, Elizabeth I was one of the most powerful English monarchs ever. She reigned between 1558 and 1603. She was the daughter of Henry VIII and Anne Boleyn. Make no mistake, she had her early troubles–she was declared illegitimate following her mother’s execution and was interrogated and imprisoned in her lifetime.

It was actually Elizabeth’s half-sister Mary Tudor who was the first woman to achieve the throne and be crowned queen in her own right in England. Nicknamed Bloody Mary for her persecution of Protestant heretics, Mary I had a short five-year reign, and on her death, the crown passed to her half-sister, Elizabeth I.

Elizabeth I ruled over a period of immense exploration and invention. An intelligent and literary woman, she welcomed Renaissance influences to England. She inspired Shakespeare’s Midsummer Nights Dream and even attended its first performance. She appointed Nicholas Hilliard as court painter–his works exemplify the very image of Elizabethan England.

Elizabeth was quite the stateswoman and very astute in her appointments of ministers and officials. Her forces defeated the Spanish Armada in 1588. Elizabeth’s choice not to marry was radical. She created an image of herself as Gloriana, married to her nation. She was incredibly popular with her subjects, had some fine portraits painted, and is portrayed in more films and TV shows than any other British monarch.

Empress Maria Theresa was known for her achievements in making education mandatory and establishing royal academies for science and literature. She raised taxes to pay for social progress. This progressive leader reigned for 40 years from 1740 to 1780 and controlled a huge part of mainland Europe. Along with all her good works, she also managed to produce 16 children! One of her daughters became the Queen of France and another the Queen of Naples and Sicily.

We will end with a mystery – Cynethryth. She was a medieval Queen of Mercia and very little is known about her. She must have been incredibly influential as she is the first and only Anglo-Saxon Queen to have her head on a coin. We thought she deserved a mention.

I’m sure I’ve left out some obvious names in this shortlist. If you want to argue for royal inclusion, then make your case! And take a look at the other side of the coin in Wronged Royal Wives including some VERY up-to-date royal gossip!