Art in The Crown: Spies, Secrets and The Royal Art Collection 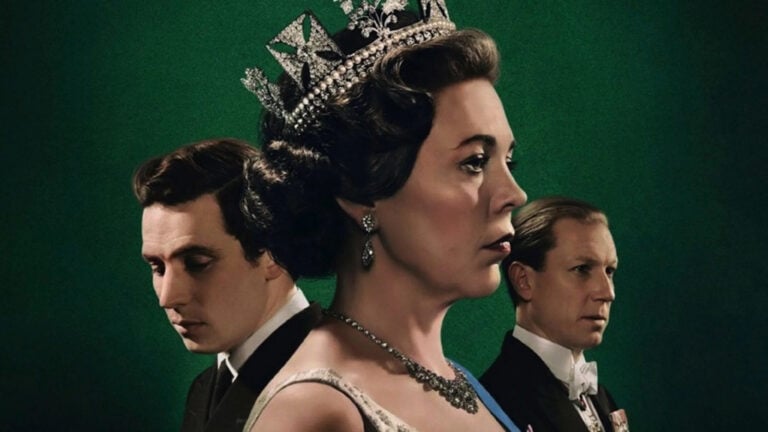 The Crown is not amused… There’s a scandal brewing behind the doors of Buckingham Palace. Let’s investigate art in The Crown, season 3.

If you’re anything like me, the moment that Netflix released the newest installment of their hit series The Crown was also the moment that you forgot daylight existed. No outside contact for about a week… Time to pretend that work doesn’t exist and order so many pizzas that the local delivery man gets to know you on a first name basis.

The average binge watcher sinks around 10 hours into a show like The Crown. As such, we at DailyArt Magazine consider it our job, nay our royal duty to ensure you still get your five-a-day serving of Art history. For Queen, country and the good of the nation.

Lend me your ears, fellow subjects. Like a slightly less corrupt and far less knowledgable Anthony Blunt (the Queen’s private art historian and curator of the Royal Collection, London) allow me to pass on a bit of key information about the artwork featured in the first episode of season 3.

Up first, we have Carracci’s Allegory of Truth and Time…

In the words of The Crown’s depiction of Anthony Blunt: ‘This winged figure here, rescues a young women, his daughter, from the darkness. He is Time. She is Truth. And this figure below, trampled by Truth, is Deceit. ”

Annibale Carracci took a lot inspiration from the north Italian painters of the early modern period. The angelic faces, the delicate porcelain hands and the complex symbolism. It’s all rather clever, to say the least. Carracci manages to eloquently portray the timeless story of good overcoming evil in a single still image. It’s smart, it’s well composed and it’s a well placed member of the Royal Art Collection.

I do wonder which character best represents The Crown though… Time? Truth? Deceit? I’ll let you decide that one for yourself.

Not to put too much of a spoiler out there, but one of the most tense and oddly satisfying moments of The Crown, heavily features this painting. The Queen uses Rembrandt’s portrait as a clear message to her art historian who she believes has betrayed her trust. The painting itself has a unique quality in that it is a painting painted over another painting… as complicated as that sounds. Thus, we have ourselves a two faced portrait. Old Queeny uses this to her advantage, slyly pointing out the portrait’s duel nature and highlighting her disapproval of it in front of the man who allegedly betrayed her trust.

Shade has been thrown on a royal level, ladies and gentlemen. One is certainly not amused.

Finally, the honourable mention, Gentileschi’s Self-Portrait as the Allegory of Painting…

A simple painting with a powerful message … painting isn’t just a man’s game.

I’ve called this an honourable mention for a very good reason … we don’t actually see a clear shot of this painting in the episode itself. However, through some ingenious script writing it is alluded to in a powerful and quite comical way. Allow me to paint you a word picture. We have Prince Phillip, abrupt as ever, questioning Anthony Blunt on the paintings he has chosen for his newest exhibition. The Prince, unaware that Artemisia Gentileschi is a member of the fairer sex, questions who HE is…. to which Blunt eloquently replies ‘It’s a she, sir’.

This interaction is a superb embodiment of the power this portrait holds. A depiction of ‘art’ itself, painted in a textbook fashion as a beautiful woman with long black hair and a look of thoughtful concern on her face. Except this isn’t simply a painting of a random women, its a self portrait of Gentileschi herself. Painted for Charles I around 1638. Some might call it arrogant, some might call it slightly presumptuous. Personally, I think the Queen would call it a fine example of early modern ‘girl power’.

And who’s gonna argue with her? Not me. She is the Queen after all.

So, there you have it. A little taste of art history to pepper your first, second or third viewing of The Crown, Season 3. Enjoy and make sure you remember the one golden rule of The Queen’s household. Under no circumstances should one indulge in a Netflix series without a good cup of tea in one’s hand.