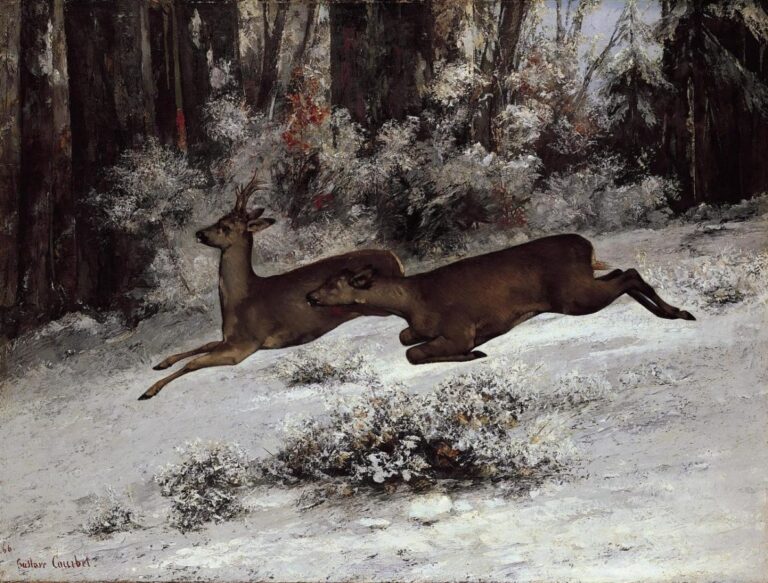 On the 14th September 1918, Wilhelm Hansen founded one of the finest collections of Impressionist painting in Europe in his summer house not far from Copenhagen. Yet, just four years later his bank went bankrupt and Hansen was about to lose all that he owned. He made an offer to the Danish state to acquire his entire collection for one million Danish krone. But the state said no...

A historical photograph of the interior of the French Gallery in Hansen's house. Source: https://ordrupgaard.dk/en[/caption]

Eugéne Delacroix, Portrait of George Sand, 1838, Ordrupgaard Museum[/caption] Wilhelm Hansen was an insurer, a state advisor and a great philantropist. Since 1893, he often travelled to Paris on business and from his letters, it is known that he loved visiting museums and art salons to admire contemporary painting, which, as his sixth sense suggested, would quickly increase in value on art market. A year after the outbreak of the WW1, he began making plans to create a grand collection of the late 19th century French painting.

Gustave Courbet, The Ruse, Roe Deer Hunting Episode, Franche-Comté, 1866, Ordrupgaard Museum, Denmark[/caption] Being a real visionary, Hansen would buy up to twelve works by each of the most important French artists, such as Ingres, Delacroix, Courbet, Corot, Cézanne, Manet, Monet, Renoir, Sisley or Gauguin. Often he consulted his choices with the art critic Théodore Duret, who was a friend and supporter of the Impressionist group.

Best collection in the world

Paul Gauguin, Portrait of a Young Woman. Vaïte (Jeanne) Goupil, 1896, Ordrupgaard Museum[/caption] Between 1916 and 1918, Hansen kept on buying art from leading art dealers such as Ambroise Vollard or Paul Rosenberg, as well as painters' relatives, for example his first works by Gauguin arrived in his collection directly from the widow Mette Gauguin. Although war prevented him from returning to Paris until 1919, he continued to buy via various art brokers to eventually build a collection called by the Danish collector Klas Fahraeus "the best collection of Impressionists in the entire world".

A mansion with a gallery

Honoré Daumier, The Wrestler, 1852, Ordrupgaard Museum[/caption] Hansen built a summer residence in Ordrupgaard, north of Copenhagen, where he designed a special gallery to place his paintings in. Initially, the public had a free access to the collection every Monday and the press welcomed it with great enthusiasm.

Berthe Morisot, Young Girl on the Grass. Mlle Isabelle Lambert, 1885, Ordrupgaard Museum[/caption] Yet, in 1922 his bank Landmandsbanken, which was one of the biggest private banks in Denmark at that time, went bankrupt and following the refusal of the acquisition of the collection by the Danish state, Hansen was forced to sell out his works to private collectors, mostly foreign, in order to pay off his debts.

Thédore Rousseau, Sunset in the Forest, 1856-58, Ordrupgaard Museum[/caption] It could have seemed an end to his great collection but Hansen didn't give up and as soon as he regained financial stability, he began purchasing artworks and in 1925 his collection was reassembled. Yet, embittered by the lack of support from Denmark, this time he decided to keep it closed to the public. Only after his death, his wife Henny offered the mansion to the state and this time the collection was accepted. Today the Hansen mansion houses the museum, which you can visit (although at the moment the museum is closed and the collection is travelling the world) but have a look at their website here.