What Art Has To Do With Politics: Gustave Courbet And The Paris Commune 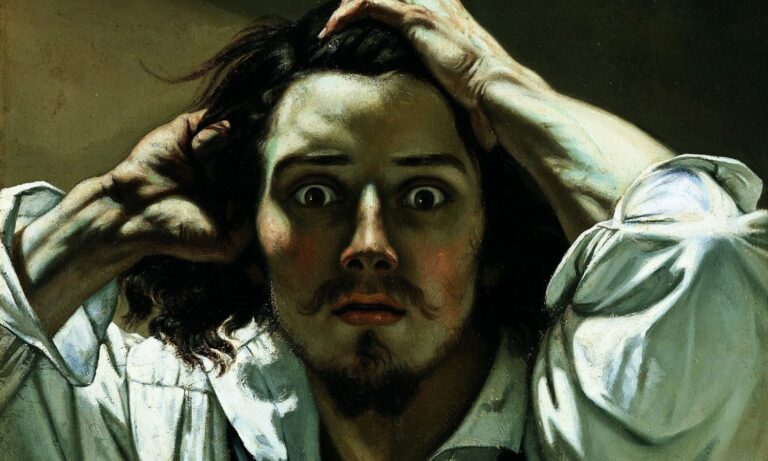 The painter Gustave Courbet who was the central figure of Realism, is known for his paintings in which he reveals the true lives of peasants and ordinary workers, at a time when the most well-accepted portraits were those with mythological heroes or religious scenes. Yet, while portraying what he saw with intense realism, politically speaking Courbet was an idealist and a visionary. One of his most important political activities has to do with the Paris Commune.

Courbet was born in France in 1819. He began to study art very early, and from the late 1840s he became a respected and admired artist. His art was a challenge since his conservative society didn’t want to see portraits of ordinary people. But it didn’t matter to him. His plan was just one: to paint only what he saw, to record what was in front of him.

During the more intense period of Courbet’s production, France’s political situation was not too calm either. In 1870, under the command of Napoleon III (nephew of Napoleon Bonaparte), France went to war against Prussia. The Prussian kingdom then allied itself with the other German states and invaded France, which faced several defeats, until Napoleon surrendered.

A Republican government was set up that same year. Extremely conservative, the seat of this government moved from Paris to Versailles. The fruit of this was the Paris Commune, a social movement that demanded the reform of the economy, based on a form of government that was, as the name suggests, communal.

But what does Courbet have to do with all this?

From the beginning of the reign of Napoleon III, in 1851, Courbet already was considered an artist who transgressed the norms. His painting was considered an affront, for he not only used ordinary people as a theme, but also portrayed the elite’s flaws, its corruption, and its distorted morality.

With the defeat of the emperor, Courbet played a significant role in the political life of Paris. In 1871, he wrote in a letter to the family:

I am, thanks to the people of Paris, with politics up to my neck […] Paris is a true paradise! No police, no nonsense, no charges of any kind, no matter what, everything in Paris works like clockwork, oh, if it could stay like this forever.

This beautiful dream was based on the measures that the communards implemented: the manufactories were transferred to popular cooperatives, vacant buildings were requisitioned for housing, and the proposal that senior government officials receive equal pay as an ordinary worker. In addition, they intended to initiate a program of political education so that the people could self-govern.

Courbet also formed the Artists’ Federation, whose main goal was to declare a manifesto that called for freedom of expression and equality, as well as for an end to government’s interference in the arts. It was an audacious project.

Unfortunately, the dream did not last long. In May of that same year, the French army invaded Paris. The city was bombed, several areas were burned. Thousands of Parisians were killed or arrested. Courbet, of course, was among them. He was arrested, spent six months in jail. When he left, he had nothing else. His house was taken. The painter had no money, no home, and he saw only a terrible nightmare.

Unable to live peacefully in France, at the risk of being arrested again, the realist painter went to live in Switzerland, in voluntary exile. He remained there until his death in 1877. A realistic ending to what was a beautiful dream.