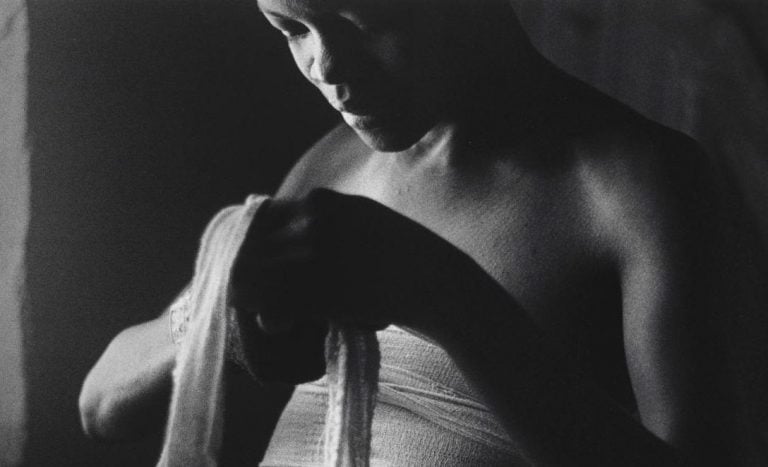 While individuals who identify as transgender have existed for a very long time, the concept is still a taboo topic in many fields – including art history. The 1969 Stonewall riots started a proliferating and transgressive moment that is changing the visual canon, creating space for artistic expression and discussion on queer and transgender art history. One of the most famous pride parade chants is “We’re here! We’re queer! Get used to it!” – and with this article, we’d like to add our small contribution towards trans-visibility in the arts.

Are there non-modern transgender depictions in art?

How do you make a picture of something you can’t see?

Yes, and no. Depends on the discourse.

This is definitely not a quick search in your local museum’s archives. But it’s important to remember that art history is history shown not only through images – but also their interpretations. Many creatives have silently contributed to culture, waiting for the moment that society will be ready to speak not just about being transgender – but also about transgender art. Art can be a way to express your voice, and the way we interpret it can help to amplify these voices in the fight for equality.

What’s important to add here, is that transgender is an umbrella term – it includes not only people with a gender identity that is opposite to their assigned sex; but also people who identify as non-binary or belonging to the “third gender.” This simply means that when talking about transgender art, we can include modern queer artists such as Claude Cahun, and additionally include stories that don’t fit in the binary heteronormative spectrum.

The existence of only a tiny account of clear historical material is a result of long-standing trans erasure. The art history canon circulates around the cisgender status quo, often deliberately omitting so-called “taboo” topics. New research now shines light to stories such as of Heliogabalus. This Roman Emperor, portrayed in Alma Tadema’s famous Roses of Heliogabalus, is considered one of the earliest recorded cases of sex reassignment.

A closer look shows us gender-fluid depictions even in the most famous art pieces – such as Frida Kahlo’s self-portraits or the mahu in Paul Gauguin’s Tahiti series. Mahu can be translated to – “human beings of uncertain gender,” with both feminine and masculine characteristics.

Among institutions researching the history and fighting for the “new canon” are museums such as the Museum of Transgender History and Art. Founded in 2013, MOTHA focuses on collecting examples of transgender visual history.

Modern times brought artistic freedom to many individuals. Starting from the 1960s, this time is remembered for the sexual revolution and other drastic changes in a rigid social structure. Many of the artworks during this period are artistic responses to the 1969 Stonewall riots. The Columbus Museum analyzed post-Stonewall art in their Art after Stonewall. 1969 –1989 exhibition. While queer and transgender art can be discussed through many trajectories, it is mainly present in modern and contemporary timelines.

Candy Darling was one of Andy Warhol’s most famous muses. You’ve probably heard her name before – remember the lyrics “Candy came from out on the island / In the backroom, she was everybody’s darlin’” in Lou Reed’s song Walk on the Wild Side?

Candy was born in 1944, and her birth name was James L. Slattery. She met Warhol during an underground burlesque show and later starred in two of his art-house films – Flesh (1968) and Women in Revolt (1971). Together with Holly Woodland, another muse of the community, they were one of the first to bring drag into pop culture. Darling was also part of the first wave of transgender people to start hormone transition therapy.

Yishay Garbasz is a British and Israeli artist working in the field of photography and installation. Becoming (2007-2010) uses the second largest zoetrope in the world to display photographs of the artist’s body before and after their gender affirmation surgery. The artist took pictures of herself every week for a year before and a year after, collecting 1866 pictures documenting her bodily changes. Only 32 of them were selected for the zoetrope installation.

By using actual prints and old technology it is my hope to help focus the viewers eye on what is actually there. Avoiding the context of “unreal” projected images have. Being unapologetic about my naked womanhood is a big part of the message, there is nothing to be ashamed off in my amazing body that carries me in life.

Cassils blends performance art with sculpture in his live show Becoming an Image. In a dark room, illuminated only with the camera lights, Cassils charges at a block of clay.

The camera lights join the performance with timely flashes, creating a “burning image” sensation. Carefully documented, the artwork is completed with a series of still images, and result in the Clay Bash sculptures. The performance started out as a site-specific project for the ONE Archives in Los Angeles – the oldest LGBTQ+ history archive in the United States.

Bashing through binaries, Cassils performs transgender not as a crossing from one sex to another but rather as a continual process of becoming.

One of the legends of the East Village 1980s art scene, Greer Lankton was known for her lifelike dolls. All of the dolls are portraits of her friends (for example David Wojnarowicz) and refer to gender topics. Born as Greg Lankton, the artist always enjoyed playing with dolls. As her parents were taking the toys away, deeming them “inappropriate” for a boy, the artist began sewing puppets from cloth scraps.

British-born performance artist Jono Vaughan is behind the performance/textile design series Project 42. Vaughan designs clothes using textile patterns based on Google Earth images of sites where trans women of color were murdered. The garments are later worn by performers honoring the victims during a live performance. Vaughan presented her project during a 2018 TEDx in Seattle, explaining that the goal of the project is to

combat the violence that transgender American’s face through memorial actions and public outreach.

She’s a trans woman and I’m a trans man, so it actually makes us completely normal. I’m a man and she’s a woman, and it’s just as simple as that.

Seliger is known for his photographs of celebrities and artists, as well as his local activism around New York’s West Village. Seliger released On Christopher Street: Transgender Stories, a collection of 74 black and white portraits taken with a Hasselblad camera in 2016.

Leonard Fink also chronicled Stonewall Inn and Christopher Street in photographs. Fink was certainly part of the culture, as he is the New York city artist proclaimed as the Unofficial Mayor of Christopher Street. More than 25,000 of his images documenting the West Village queer culture of the 1970s and 1980s, are currently part of the LGBT Community Center National History Archive (New York City, USA) collection, and can be accessed through a virtual gallery.

Israeli-born and residing in Berlin, transgender artist Roey Heifetz touches on the complicated topic of the body in her mixed media drawings. Wall-sized pieces of paper hung without the frame from the ceiling to the floor are covered with drawings of androgynous body parts and faces all mixed up in blotches of color. Her last project, Victoria, was exhibited in the Israel Museum in Jerusalem between the years 2016-2017.

In the end, I am a person, I’m not a transgender figure. I want to believe that people can challenge themselves to see above all of those identities. But it is something that happens when you are standing in front of the painting. The moment you stand in front of the painting, you are experiencing it. It is not about transgender, women, old women… it is about an essence that you cannot define by words. This is exactly what I felt in the studio when I was working on the figures. What you are experiencing is the way that you experience your world.

Another photographer with a series dedicated to the stories of LGBTQ+ communities is South-African artist Zanele Muholi. Her work focuses on race, gender, and sexuality, documenting black lesbian and trans women in her powerful series such as ID Crisis or Faces and Phases.