Few Comments on Courbet’s Origin of the World 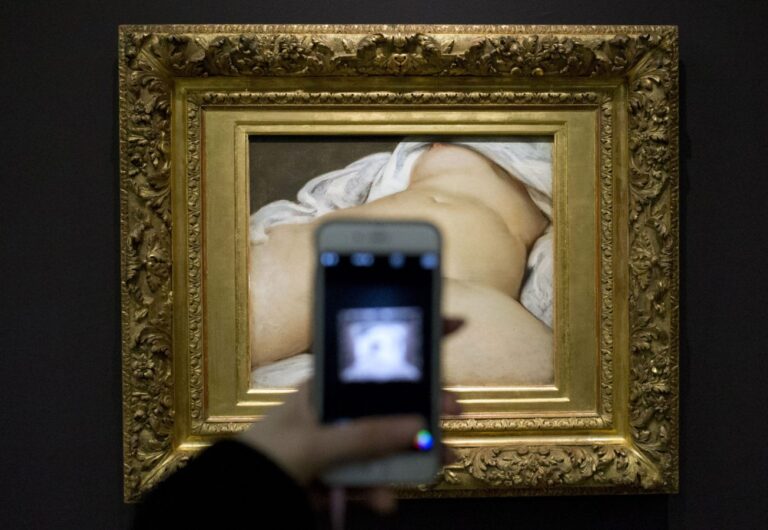 Masterpiece Story for All Saints: A Burial at Ornans by Gustave Courbet

What Art Has To Do With Politics: Gustave Courbet And The Paris Commune

In the 19th century, the display of the nude body underwent a revolution – and a massive critique. Gustave Courbet, one of the main scandalists of his epoch, rejected academic painting and its smooth, idealised nudes, but he also directly recriminated the hypocritical social conventions of the Second Empire, where eroticism and even pornography were acceptable in mythological or oneiric paintings.

So here it is – The Origin of the World. By the very nature of its realistic, graphic nudity, the painting still has the power to shock and triggers censorship. For example, we couldn’t use it on the cover photo of this article – Facebook wouldn’t pass it 😉

Courbet regularly painted female nudes, sometimes in a frankly libertine vein. But in The Origin of the World he went to lengths of daring and frankness which gave his painting its peculiar fascination. The almost anatomical description of female sex organs is not attenuated by any historical or literary device.

The Origin of the World is one of the most influential paintings in the history of art. Below you can see two videos with two famous female artists – Marina Abramovic and Tracey Amin talking about Courbet’s work:

The Origin of the World, now openly displayed, has taken its proper place in the history of modern painting. But it still raises the troubling question of voyeurism. And what do you think about it?
The masterpiece is displayed at the Musee d’Orsay. Really worth a visit!

For a little inspiration for your opinion you can watch a video from Musee d’Orsay, where Hoofman F recorded people looking at Courbet’s masterpiece 😉