The Most Colorful Cities in the World 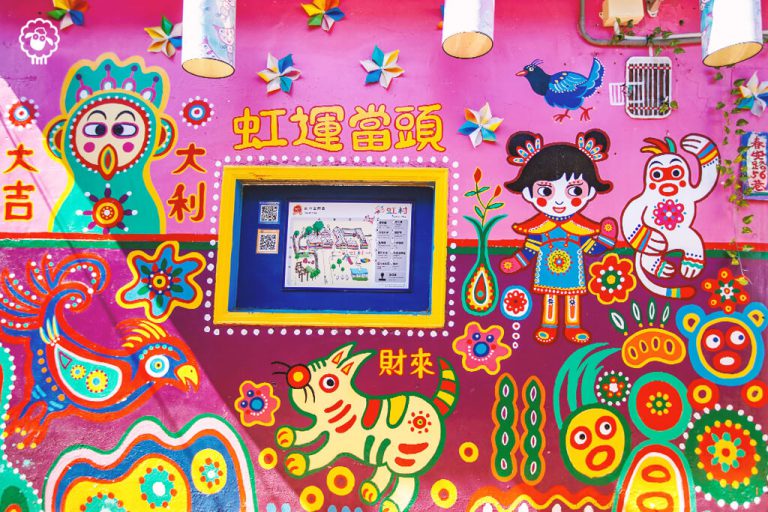 Colorful Temples in the World

Sometimes works of art are not objects, but places. Whether an expression of culture, tradition, or personal preference of the residents, there are some incredibly colorful cities all around the world. Let us hope this collection of colorful cities inspires you to visit them!

These colorful houses speak of freedom from slavery. Bo-Kaap in Cape Town is situated at the foot of Signal Hill. This neighborhood dates back to the colonial period of the 1760s when slaves were brought from Malaysia, Indonesia, and African countries as well to work in the Cape. They lived in rented houses called “huurhuisjes”.

Initially, the houses were painted white, but as people bought the houses they painted them in colors of their choice. The multi-colored rows of houses are a mix of Cape Dutch and Georgian architecture. The first mosque in South Africa, called the Auwal Mosque, was built in Bo-Kaap. There is also a Bo-Kaap museum to get a glimpse of the area’s rich heritage.

Burano is a cluster of four islands in the North Venetian Lagoon in Italy. This small island is famous for lace-making and of course for its colorful houses! Interestingly, there is a color scheme that the residents have to follow if they want to paint their house. As a result, they must send a request to the government, who decides which color is suitable for the house.

This small city in Morocco is home to around 40,000 people. Chefchaouen is nestled in northern Morocco’s Rif Mountains and is close to the major cities of Tangier and Tetouan. Known for its azure “medina” or old city and cobbled streets, Chefchaouen is also named the “Blue Pearl of Morocco”. The city was originally called Chaouen, which translates to “peaks”. However, Chefchaouen took on its current name in 1975, which means “look at the peaks”. The city’s most striking feature is its blue-painted houses. There are many theories explaining the use of the color blue, such as that it symbolizes the sky, heaven, and spirituality, but it would be better to visit and find out for yourself!

Guatapé is a village in the Department of Antioquia, Colombia. The houses in the village are painted in bright colors, from balconies to doors, roofs to window panels. Additionally, every house marks itself with Zócalos, or reliefs that narrate the stories of the village and its people. The area is also famous for El Peñón de Guatapé, a large rock that visitors can climb to have a panoramic view of the surrounding valley and mountains.

Havana’s colorful architecture is a reflection of its colonial past and the settlers who made the city their home. For example, influences of Dutch, English, French, and Spanish architecture can be seen in the houses of Old Havana. Almost half of the buildings in Havana are painted in pastel hues of pinks, yellows, and the “colonial blue”. The most noticeable, however, is the Mudéjar style: a Hispanic-Arabic influence brought by the Spanish colonialists, seen in the tall arches and tilework of the architecture.

From the blue streets of Morocco, we move to the Yellow City, or Izamal in Mexico. Located in the center of the Yucatán Peninsula, Izamal has a strong religious tradition tied to the Mayan civilization. Izamal is an important ceremonial center of the region, with seven Maya pyramids. Spanish colonial influence can be seen in the Franciscan monasteries built in the area in 1549. Izamal is an important pilgrimage site in Yucatán state and a place where the Maya language is still spoken!

Founded in 1727 by Jai Singh II, Jaipur is the capital of Rajasthan in western India. It is also one of the earliest planned cities of modern India. As a British colony, the city was painted pink to welcome the Prince of Wales, Albert Edward, in 1876. The city is popularly known as the Pink City of India and is home to many UNESCO World Heritage Sites such as Amber Fort and Jantar Mantar.

This beautiful artwork is done by a former soldier named Huang Yung-Fu, also known as Grandpa. Rainbow Village is a military dependents’ village in Taichung, Taiwan. Huang Yung-Fu began painting houses to prevent them from demolition. When many residents of the area left, Huang Yung-Fu felt lonely and started painting the walls of his house. Local university students discovered his artworks and campaigned to save the village. The paintings are inspired by nature, flowers, animals, birds, and people. Rainbow Village has almost 1,200 homes, all painted by the gifted grandpa!