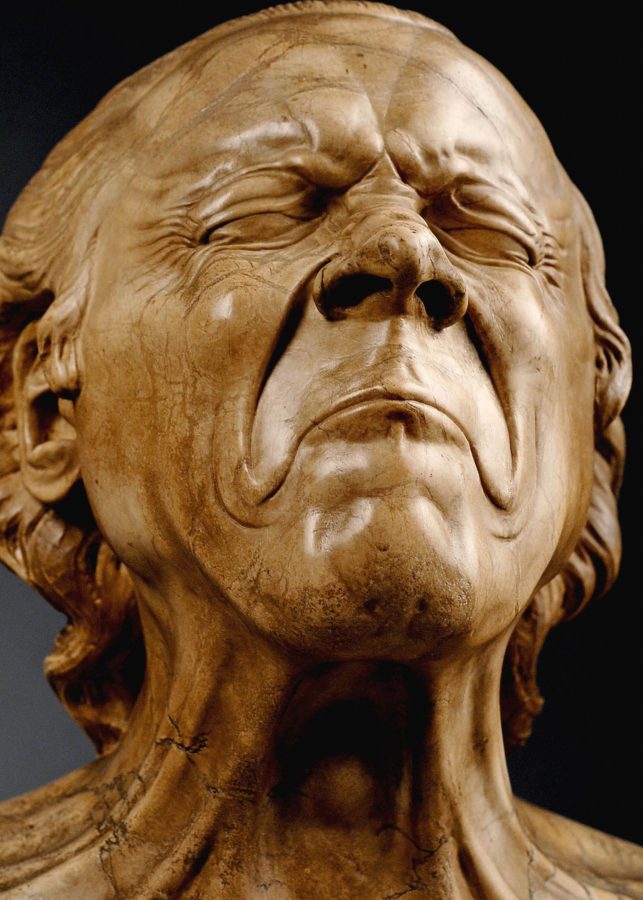 Franz Xaver Messerschmidt was a German-Austrian Late Baroque sculptor most famous for his “Character Heads”, a collection of busts with faces contorted in extreme facial expressions. They were to represent the full range of human expressions, which he reckoned to be 64.

Messerschmidt created the Character Heads between 1770 and his death in 1783. Their titles are quite disturbing—such as A Hypocrite and a Slanderer and The Difficult Secret—but they were not given by the artist. They were assigned after 49 heads were exhibited at the Citizen’s Hospital in Vienna in 1793, but you must admit, they are quite accurate.

Why Messerschmidt created them? In 1781, German author Friedrich Nicolai visited the sculptor at his studio in Pressburg and he received some answers. Nicolai was a leading figure in the German Enlightenment and a quixotic critic of the younger German Romantics, like Goethe and Schiller. From 1870s, he was thought to have psychological problems, lost his position at the university, and decided to return to Wiesensteig, his native Bavarian town.

It appears that for many years Messerschmidt had been suffering from an undiagnosed digestive probably Crohn’s disease, which caused him considerable discomfort. Messerschmidt didn’t want to think about the pain so he devised a series of pinches he administered to his right lower rib. Observing the resulting facial expressions in a mirror, Messerschmidt then set about recording them in marble and bronze. His intention, he told Nicolai, was to represent the 64 “canonical grimaces” of the human face using himself as a template.

The heads became popular when the exhibition catalogue The Peculiar Life History of F. X. Messerschmidt, Royal and Imperial Sculpture Teacher was published anonymously in 1794. Later they were often displayed as curiosities at the Prater, an amusement park in Vienna, and wax and plaster copies were available for purchase.

Centuries after creation they still amaze with their variety and naturalism. To modern eyes, they look like faces teens Snapchat to their friends—but Messerschmidt wasn’t trying to pioneer the sculptural selfie. He was trying to protect himself from ghosts. The psychoanalyst Ernst Kris wrote two treatises on Messerschmidt, concluding that he suffered from paranoid schizophrenia.