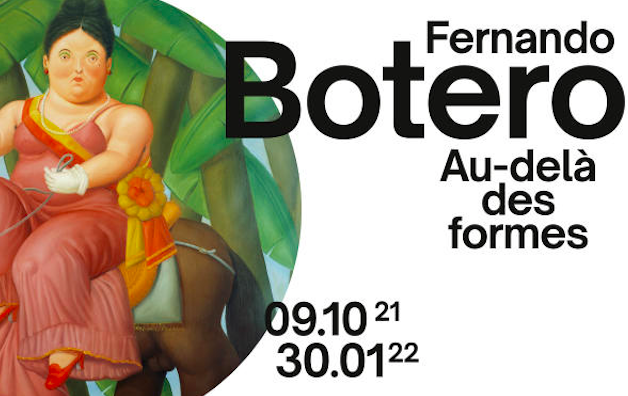 Excited About 2nd Season Of Narcos? See What Fernando Botero Had To Do With Pablo Escobar (Spoiler Alert)

Some artists are gateways to art and its history; creators who make an authentic and one-of-a-kind work that is referenced over and over. Fernando Botero is one of them. For the first time in Belgium, the BAM showcases his genius with an exhibition that examines the career of this internationally renowned artist who describes himself as “the most Colombian one.”

Botero is best known for his curvaceous women, but don’t mistake them for an anti-fatphobia protest. He invites us to contemplate the sensual beauty that resides in these full and exuberant shapes. He makes us question the way we see, reminding us that the standards of contemporary beauty are not so obvious and do not have a universal or timeless nature.

His approach does not only concern female nudes; he applies it to everything. Botero says:

(…) Whenever people tell me ‘You are the painter of fat women’ I say no, look at my still life paintings and you find the same information that is present in the human figure is also there in elements of still life. They are deformed, aggrandizing form and volume just as I do with the human figure.

Fernando Botero in an interview with Cecilia Braschi, 2016.

Extract from the visitor’s guide.

The goal is always the same: to experiment with and exalt sensuality. He makes the classic themes of art his own and breaks the rules. Still lifes are usually small and intimate; Botero makes them large, like the rest of his paintings. The artworks are as large as the subjects are deformed. He likes the idea of presenting an orange, a pear, or a watermelon close-up in a museum, measuring three meters by two meters, making them a monumental power. This attraction to the large format comes from his formative years: the Mexican muralists, of course, but also the Italian Quattrocento, discovered during his years in Europe, and the American Expressionists.

He likes easily recognizable subjects. It may seem simple at first glance, but there is great technical mastery and a fine knowledge of art history in his work. This is why he likes to play with the masterpieces of Western art history. He proposes his own versions of the great classics (those of Jan van Eyck, Vincent van Gogh, etc.) as a way of piercing their secrets, demystifying their aura, and propelling them to the rank of new icons, illuminated by the light of his own standards.

His approach questions the canons of European models and also demonstrates his curiosity and love for the art of his continent- Mexico in particular and, of course, Colombia.

You can’t do a painting without belonging to a place. Folk art, the Indigenous tradition, colonial art, this all comes out in my work, without me realizing it.

This is reflected in his color palette, the questioning of the central perspective, and the treatment of bodies, motifs, and landscapes. As he points out, there is this unconscious appropriation, but also a deep interest and constant curiosity for all forms of creation, without ever being burdened by judgments or imposing limits on himself.

This constant play with the history of art can also be a way of expressing his point of view on current events, of fighting against injustices with his own means. For example, by adding a wink to the figure of Saint-Sebastian, he denounces the torture by the US army on Iraqi detainees in Abu Ghraib prison. Shocked and obsessed by this brutal truth, Botero worked for 14 months and produced a series of 60 works. He offered them to the University of Berkeley in California in 2007 to leave a definitive mark in the American memory.

The exhibition also shows a whole series of sculptures, a natural extension of his paintings. By deploying these subjects in three dimensions, Botero enriches his work and continues to render grace to the sensuality of forms. His intentions have become palpable, with a soft and tender aspect, yet strong at the same time, confirming that Botero’s desire to deform is absolutely part of a unique aesthetic approach.

Somebody once told me that painting should be edible, in other words, it should make people want to eat it, that there should be a strong life impulse, which I think is important.

Fernando Botero in an interview with Cecilia Braschi, 2016.

A strong life impulse. It’s a good description of the impression left by this retrospective; showing an entire career dedicated to the exploration of the possibilities of volume. An original, singular approach, anchored in a heterogeneous knowledge of art history and devoted to the well-being of our gaze and our imagination.

Last, but not least, the BAM and its building deserve special mention. The building is elegant, between lines and light (conceived by the architect Christian Menu), where a brilliant program regularly takes place (Andy Warhol, Niki de Saint-Phalle, Roy Lichtenstein, etc. and planned for the Fall of 2022: Joan Miro).