9 Things You Must Know About Joan Miró 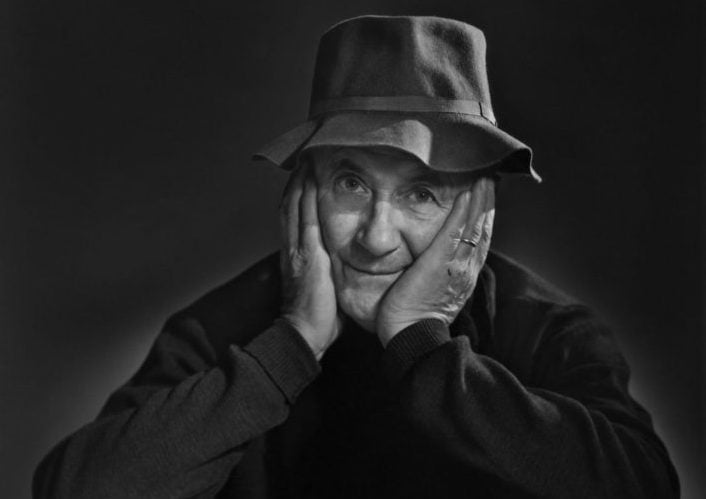 Joan Miró: Signs and Figurations at Serralves Foundation in Porto

The Anti-Painting of Joan Miró

Joan Miró was a Spanish painter, sculptor, and ceramicist born in Barcelona. His work has been interpreted as Surrealist but it’s difficult to put his artworks into a box. Discover 9 facts about Joan Miró and learn more about this artist!

Miró was the son of a blacksmith and jeweler who lived in Barcelona. He was a loud supporter of the Catalan independence movement and shared its deep-rooted sense of the possibilities of liberty. He held on to his identity as a Catalan, as a freedom fighter. On the death of General Franco in 1975, the artist when asked what he had done to promote opposition to the dictator, answered simply: “Free and violent things.” You can easily spot these things in his works.

Miró was among the first artists to develop automatic drawing which was the beginning of Surrealism as an art movement. Surrealist automatism is a method of art-making in which the artist suppresses conscious control over the making process, allowing the unconscious mind to have greater sway. However, Miró chose not to become an official member of the Surrealists as he wanted to be free to experiment with other artistic styles without compromising his position within the group.

3. Before that, he had a Catalan Fauvist period.

Another Joan Miró fact is that about his early art. Miró’s early works exhibited in his first exhibition Barcelona, like those of the similarly influenced Fauves and Cubists, were clearly inspired by Vincent van Gogh and Paul Cézanne. Some scholars dub these works as the Catalan Fauvist period of Miró.

4. Hemingway was among his fans.

When I first knew Miro, he had very little money and very little to eat, and he worked all day every day for nine months painting a very large and wonderful picture called The Farm…

The Farm was bought by Hemingway (who was also an art collector) but not without difficulty. Miró didn’t want to sell it, it was too important to him. However, the writer agreed with Miró’s dealer to pay 5,000 francs for it, which, he recalled, “was four thousand two hundred and fifty francs more than I had ever paid for a picture…” When it was time to make the last payment he risked losing the painting because he didn’t have the money. On the final day he trawled around every bar he knew in Paris, with his friend John Dos Passos, borrowing cash and eventually raising the funds.

5. Joan Miro was sensitive to the condition of the world.

In the 1930s, Miró worried about the state of Spain and Europe.

I had this unconscious feeling of impending disaster, like before it rains; a heavy feeling in the head, aching bones, an asphyxiating dampness…

Joan Miró, quoted in “Joan Miró: A life in paintings“, The Guardian.

In another interview, he said:

I am pessimistic, I am tragically pessimistic. No illusions are permitted. More violently than ever before there will be a struggle against everything that represents the pure value of the spirit.

Joan Miró, quoted in “Joan Miró: A life in paintings“, The Guardian.

Between 1940 and 1941, Miró created the 23 gouache series, Constellations. Revolving around celestial symbolism, Constellations earned the artist praise from André Breton, who 17 years later wrote a series of poems named after and inspired by Miró’s series. Constellations can be summed up by Miró’s own words:

I felt a deep desire to flee. I shut myself deliberately. The night, music and the stars began to play a role in my painting.

Joan Miró, quoted in “The Miró of Mallorca“, Philips.

The series showed the subjects of women, birds, and the moon, which would dominate his iconography for much of the rest of his career.

7. He created a tapestry for World Trade Center in New York.

Another surprising Joan Miró fact is that in 1974 he created a tapestry for the World Trade Center in New York City, together with the Catalan artist Josep Royo. He initially refused to do the tapestry, then he learned the craft from Royo and the two artists produced several works together. His World Trade Center Tapestry was displayed at the building and was one of the most expensive works of art lost during the 9/11 attacks.

The work was an abstract design, with bright blocks of color in red, green, blue, and yellow, with black elements and a light brown background. Made of wool and hemp, it measured 20 × 35 feet (6.1 × 10.7 m) and weighed 4 tons.

Miró was a significant influence on late 20th-century art, in particular the American Abstract Expressionist artists such as Motherwell, Calder, Gorky, Pollock, Matta, and Rothko. While his lyrical abstractions and color field paintings were also precursors of that style by artists such as Frankenthaler, Olitski, and Louis.

A museum dedicated to his work, the Fundació Joan Miró, was established in his native Barcelona in 1975. Miró himself came up with the concept for the foundation in 1968. He wanted to create a new building that would encourage particularly younger artists to experiment with contemporary art.

We hope you learned a bit more about the 20th century abstract artist from these Joan Miró facts!