Where is Ana Mendieta? The Unresolved Mystery 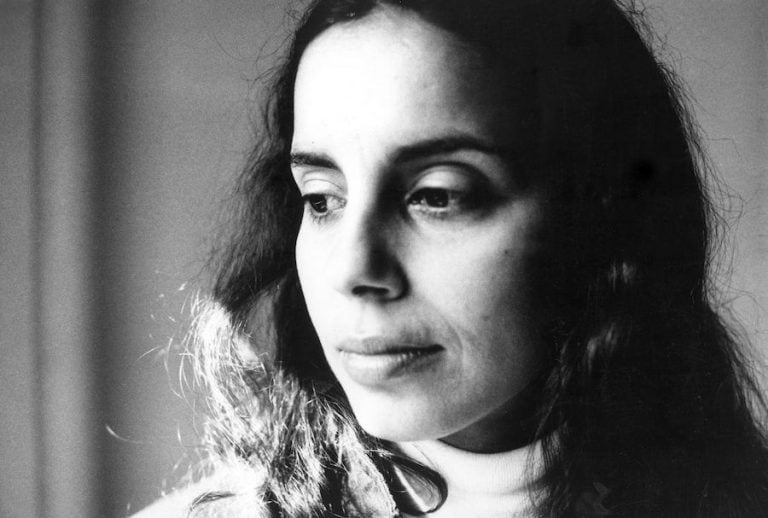 “Where is Ana Mendieta?” was the question shouted in 1992 by over 500 protesters lined in front of the newly opened Guggenheim Museum site in SoHo, New York (closed nowadays). The inaugural show featured the work of five men and one woman, all white, which already sparked anger. Yet the last straw adding to the outrage was that one of the artists included in the show was the Minimalist sculptor Carl Andre. Why would that be? Because many accused Andre of killing his wife and fellow artist, Ana Mendieta. Her death still remains an unresolved mystery, even though the court acquitted Andre in 1988.

The protesting crowd in 1992, mobilized by the Guerrilla Girls and the Women’s Action Coalition (WAC), gained momentum and subsequently founded a movement WHEREISANAMENDIETA. The movement has been operating ever since. It opposes the erasure of women, non-binary people, black and minority ethnic people and all others oppressed and marginalized by the system and especially cultural institutions.

Ana’s death should not overshadow her legacy

The artist and curator Coco Fusco, who knew Mendieta personally, expressed in an interview her concern:

“All of the post-mortem canonization has nothing to do with how she lived or how she was treated during her life. I think she’s become a symbol used by many people to address sexism in the art world through personal attacks directed at Carl Andre. Many younger artists exploit the memory of Ana for their own professional advancement.”

Coco Fusco in an interview with Jared Quinton, 2016, Artsy.

Subversive from the beginning

Already with her first known work, created for her degree at the University of Iowa, Mendieta set a definite direction in which she wanted her art to progress. By gluing the facial hair of her colleague to her own face, she questioned what masculinity/femininity meant, and also she disrupted the social conventions which codified the sexual and gender classifications. Although in 2020 this work might seem naïve and irrelevant, in 1972 it was a very thought-provoking.

All following works were equally subversive, questioning the beauty canons and gender roles. They also raised pressing issues of self-identification and male violence against women. Mendieta focused mostly on performance, using her own body and the surroundings to create artworks. Her “Silueta Series” in which she staged herself in nature, was “a way of reclaiming my roots and becoming one with nature,” as she described. Moreover, she added that:

“My exploration through my art of the relationship between myself and nature has been a clear result of my having been torn from my homeland during my adolescence. (…) Although the culture in which
I live is part of me, my roots and cultural identity are a result of my Cuban heritage.”

Unpublished notes by Mendieta, quoted in Charles Merewether, From Inscription to Dissolution: An Essay on Expenditure in the Work of Ana Mendieta, in Coco Fusco, ed. Corpus Delecti: Performance Art of the Americas (London: Routledge, 2000), p. 131.

Ana became a refugee when she was only 12. As part of Operation Peter Pan, during which Cuban parents sent their children to the United States following a rumour that Fidel Castro’s regime would put children in indoctrination centres, Ana and her sister arrived in Iowa. Their father was a political prisoner, which made it impossible for the rest of the family to reach the girls. Once in the States, in the 1970s Ana became involved in El Diálogo, an advocacy effort promoting a rapprochement between Cuba and the United States, which would make possible the family reunification visits for the exiles who were not allowed to ever return back to Cuba. Ten years later, in 1980, Ana set her foot in Cuba again. Here she met artists and began a creative collaboration between her US friends and the Cubans.

Mendieta’s ritualistic art, which often evoked the occult and the folk traditions of her beloved Mexico (where she often travelled) and of course Cuba, to some seemed a foreshadowing of her own fate. She died at age 36. She fell out of the window of her own flat on the 34th floor on September 8, 1985. Her husband, Carl Andre, when calling the police said that “Ana went out of the window”. The neighbors said they had earlier heard the couple quarrel. However, Andre claimed he remembered nothing and that Mendieta might have committed suicide. Her friends, however, who recalled her acute fear of heights and the successful career she enjoyed at that point, doubted she would have just jumped in her underwear out of depression or despair. On the grounds of insufficient evidence, the court acquitted Andre three years after the tragedy.