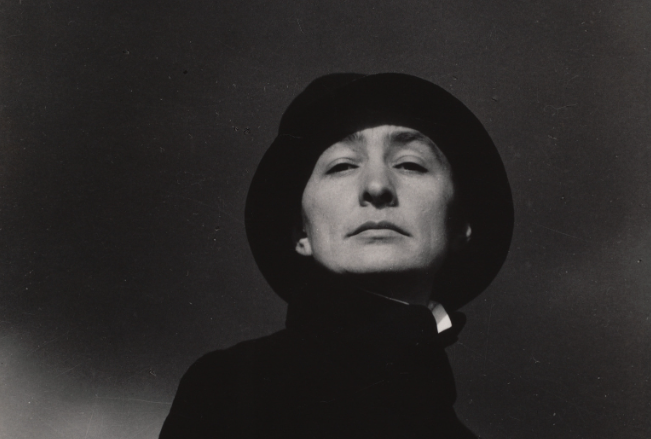 Georgia O’Keeffe dedicated her life to painting the beauty in nature that not everyone might see. In her art, organic details transform into almost abstract compositions. A master of color, she was a daring artist that lived life on her own terms and influenced generations.

The great Georgia O’Keeffe was born on November 15, 1887, in the state of Wisconsin, USA. At the age of 18, she began studying art at the School of the Arts Institute of Chicago, followed by a period at the Art Students League of New York.

In the early 1910s, O’Keeffe came into contact with the teachings of Arthur Wesley Dow, who advocated for art creation based on elements of design such as line, color, and composition, instead of copying nature. As a result, O’Keeffe gained the confidence to explore abstraction and pursue her personal style. Her technique and practice would be greatly influential within the Modernist movement in the USA. 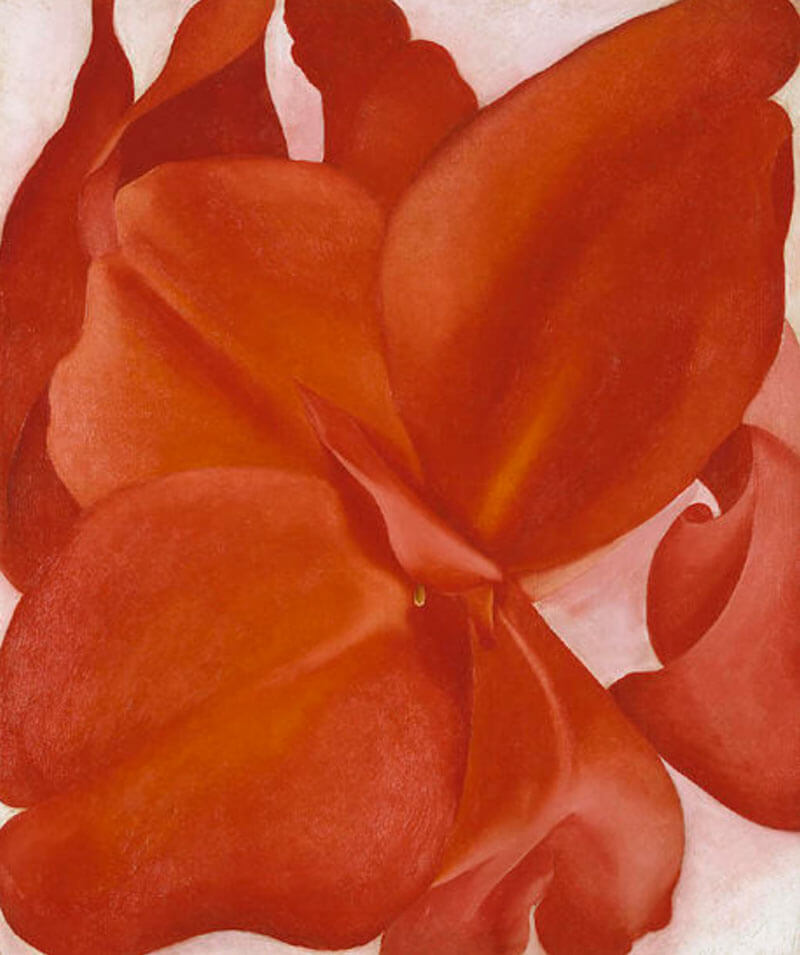 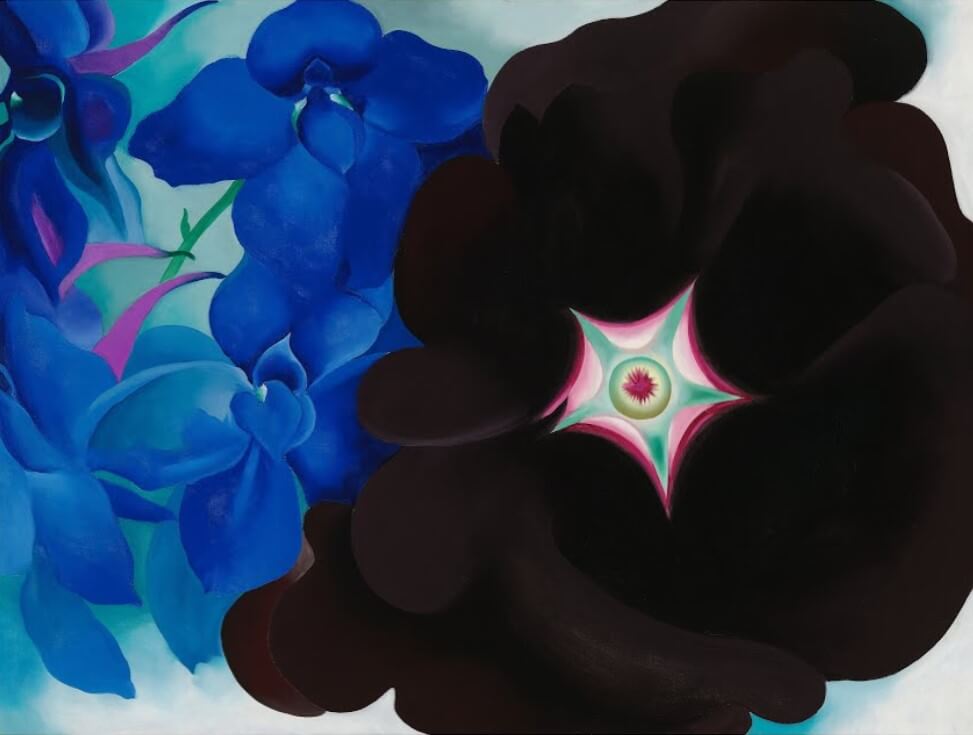 Georgia O’Keeffe was a master of color.

While in New York, Georgia O’Keeffe had the chance to visit exhibitions of avant-garde artists such as Picasso, Matisse, and Cézanne at Gallery 291, owned by the photographer and art dealer Alfred Stieglitz. In a couple of years, he would become a central figure simultaneously in O’Keeffe’s life and career.

One cannot be an American by going about saying that one is an American. It is necessary to feel America, like America, love America and then work.

Life in the Desert

O’Keeffe first visited New Mexico at the end of the 1920s and the desert landscape deeply impacted her work. For the next 20 years, she would constantly return every summer. Eventually she moved permanently to Santa Fe in 1949, where she remained for the rest of her life.

The arid, sun-drenched areas surrounding her house and studio inspired some of the most well-known paintings of her prolific career. Mountains, rivers, and animal skulls were all depicted in compositions of intense colors and organic lines and elements. Much of the work done in New Mexico reflected not only the natural landscape but also the particular lifestyle of the area. It was a simple life built around the harsh conditions of the region. 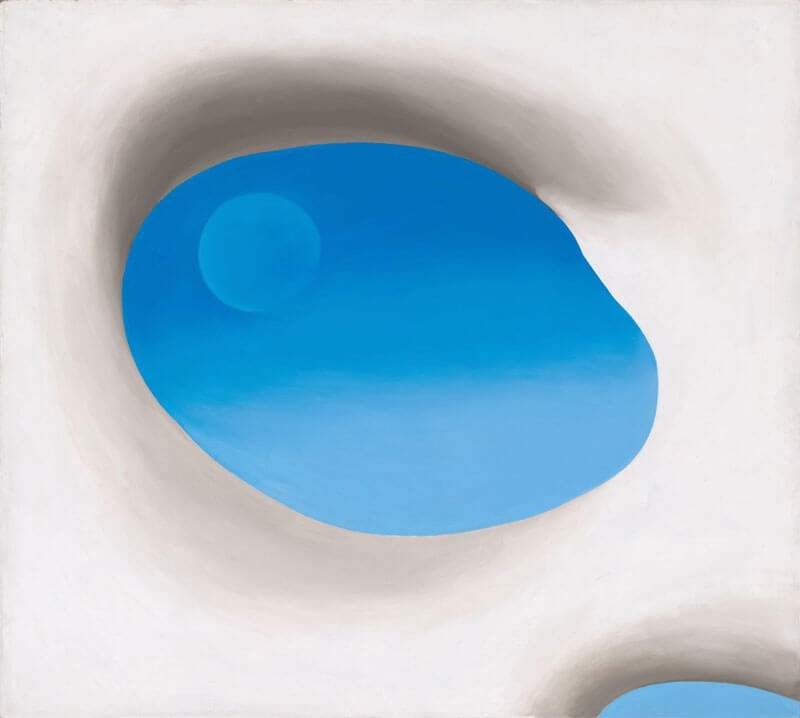 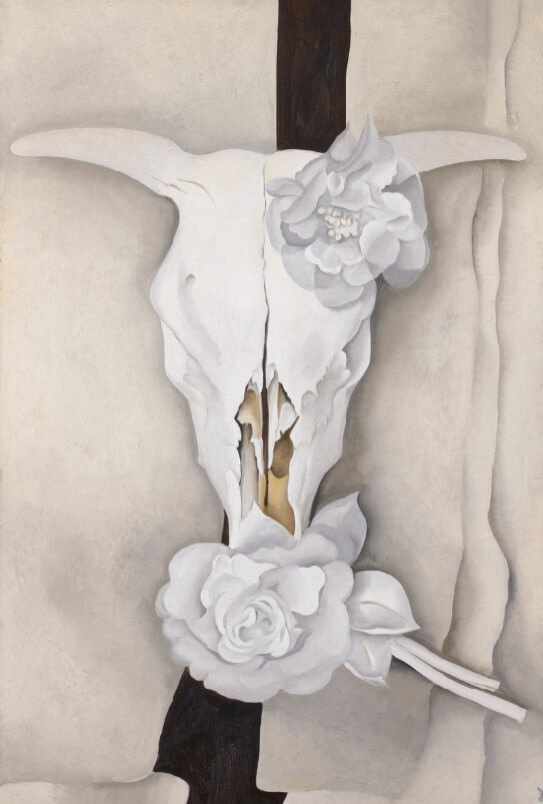 Mountains, rivers, and animal skulls were all depicted in compositions of intense colors and organic lines and elements.

The arid areas surrounding her house and studio inspired some of the best known paintings of her prolific career.

In the 1950s, O’Keeffe began traveling around the world and aerial views from airplanes became a new subject to explore. Views of the sky, clouds, and horizons inspired her and she depicted them in her characteristic, almost abstract style.

Georgia O’Keeffe found great success and recognition during her lifetime. In 1946 the Museum of Modern Art in New York held a retrospective of her work: she was the first woman to achieve this at that time. She was admired not only for her art but also for her boldness and determination to live the way she desired. Although personally she didn’t like being called a feminist, she undoubtedly paved the path for many women artists of the following generations.

After her death in 1986, her house and studios became the Georgia O’Keeffe Museum, looking after her legacy and promoting her work. In addition, her art is found in the collections of major museums around the world and she is sometimes called the “mother of Modernism” in the USA.