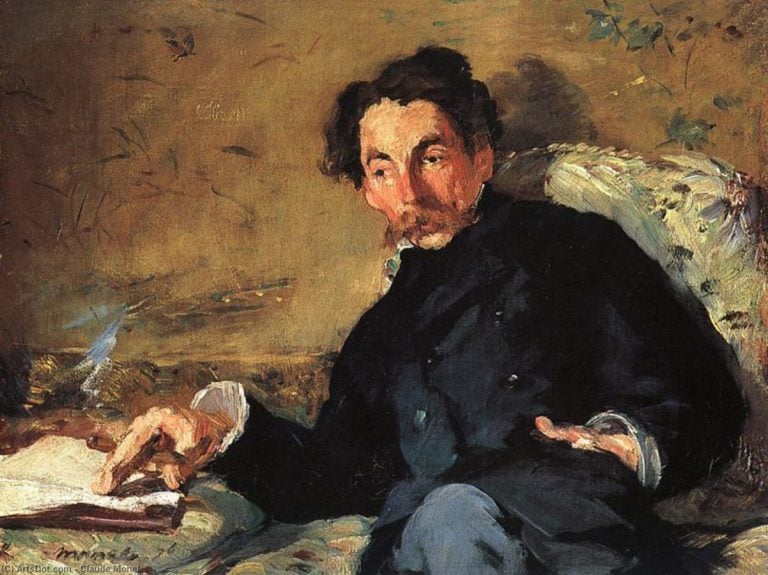 What do you get when you add some light, some inspiration, and some musical color? You get the recipe for cutting-edge content that will change how the world thinks about art. Read on for an illustration—an impression, if you will—of how artists build on each other’s work, whether intentionally or no. See what the famous composer Debussy and the art of Impressionism had in common!

The first photograph was taken in 1826. It was titled, View from the Window at Le Gras, and was taken by Nicéphore Niépce. This first photograph may not have looked like much, given the highly sophisticated cameras and lenses we have today. But, the very idea of having light do the painting (in fact, Niépce called the process ‘heliography’, ‘light writing’) forever changed the course of art.

This sounds like a tall claim. Through photography, we can achieve exact recreations of the world around us. This forced art to evaluate its important function as an exact reproduction of reality, and to change it.

In fact, the whole world changed rapidly during the 19th century. The Industrial Revolution, particularly, brought new prosperity and challenges. All this transformation was everywhere. France was awash with it.

Fast forward a few years to 1874 Paris. There, the world saw, for the very first time, art like nothing they had seen before. When Claude Monet’s painting Impression: Sunrise, was shown at the first Impressionist Exhibition, a new era began for all the arts.

Impressionism aimed to capture spontaneous expression, color, and light. The Impressionists were not trying to imitate reality anymore, but to suggest it. They were not trying to copy nature exactly, but to hint at it using such elements that the viewer could understand, interact with and interpret it for themselves.

“Impressionism is only direct sensation. All great painters were less or more impressionists. It is mainly a question of instinct…”

And why had sensation become so important for this group of artists? It was because the world was changing so quickly! They wanted to create art that seemed contemporary. Through the recreation of fast-changing light on their paintings, the Impressionists echoed the fast pace of their changing lives.

The Afternoon of a Faun is a poem written in 1876 by Stéphane Mallarmé, a very influential poet of 19th century France. For Mallarmé, the sounds of words mattered as much as their meaning. This made his poems difficult to translate because of the play-on-word effects he created. He also utilized subtext brilliantly, so that his work was more than just what one sees on the page. It’s up to the hearers to figure out, exactly, what that is.

What could be more suggestive than a prelude—a tease that comes before a longer, more complete work? Yet, a work that we never get to read or hear, because it was only hinted at. What about an afternoon—that magical place where siestas and dreams converge in the middle of the very real day? And what about a Faun—the mythical trickster associated with Pan, Greek God of the wild?

The whole combination was too exciting, too delicious, too tempting to resist . . .

Claude Debussy wrote Prelude to the Afternoon of a Faun in 1894. It is what is a called a Symphonic Poem for orchestra, about 10 minutes long, and a turning point in the history of music.

It is difficult to understand exactly how different this piece truly is without quickly referencing the fact that classical musical tradition, beginning with Johann Sebastian Bach, through to Mozart, Beethoven, Brahms, and all the other greats, emphasized musical form. Musical form is the structure that organizes a musical idea. Fugue, Minuet, and Sonata are all examples of musical form. Already during the Romantic period, composers had begun to depart from these traditional forms, seeking more individualistic expression that did not fit any of the prescribed types.

Put them all together, and what do you get?

What Debussy did with Prelude to the Afternoon of a Faun effectively broke all previous expectations of what music could actually do. In the same way that Monet sought to suggest nature with light and color, Debussy ‘painted’ music in new and exciting ways. He introduced new chords and new scales based on the Oriental music he had heard during the Paris Exhibition of 1889. His conception of the Orchestra was also innovative. He felt free to use instruments in big or small groups to achieve his desired effect.

European traditional music was based on musical themes and their development through form, chord progressions, rhythms, melodies, harmonies. In Debussy’s Faun, the theme cannot be picked out of any of those elements. The theme in this music is the actual sound—timbre—of the instruments themselves, just as in the French language the sound of words is as important as their content. Or, for Mallarmé, the sounds of poetry are as important as the meaning of the words. Or for Monet, the colors, brushstrokes, and light suggest the sunrise just as well as if one were truly standing under the sun’s warmth.

If the Parisians of the 19th century thought they lived in a fast-paced world, they would be amazed at the speed of life in our day. Niépce’s first photograph took 8 hours of sitting in a dark chamber to etch itself. Today we can take a picture with our phone in one second!

The Industrial Revolution brought us change that cannot be overstated, but so did the artistic revolution that began with that first Impression of sunrise.

In a world where so much changes, and where sometimes we feel overwhelmed by the many causes calling for our attention, we might ask ourselves what the role of art is. Or if there even is one anymore.

I am following nature without being able to grasp her…

Eventually, my eyes were opened, and I really understood nature. I learned to love at the same time. ”