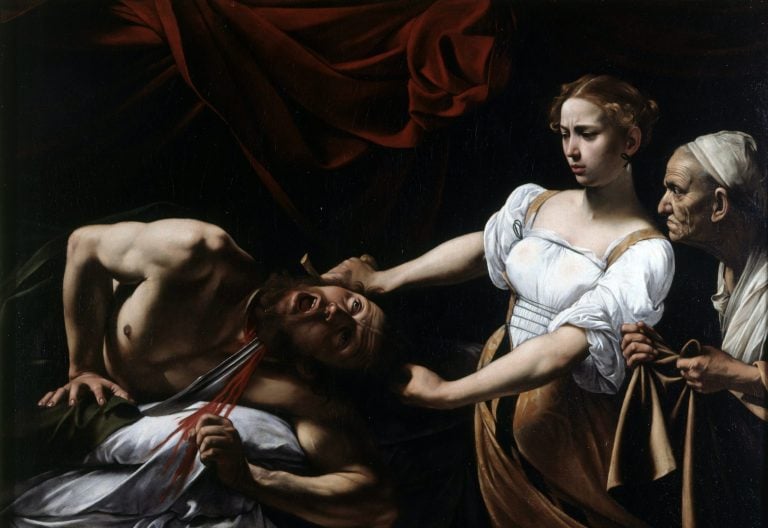 Caravaggio made an impact on painting even in his lifetime. This was probably because he acted in defiance of all the norms of the Catholic Church whose representatives were his most prominent patrons and commissioners. What a character he was! We could crown him a drama king, and a trendsetter too! Due to his style, so innovative, original, and dramatic, he influenced crowds of painters across Europe. Today is their day, meet the Caravaggisti, artists inspired by Caravaggio’s pioneering style.

We can find Caravaggisti in:

Many of the non-Italian Caravaggisti spent time in Rome, yet Caravaggio’s influence on these artists was mostly indirect, i.e. through artists studying his work. Dirck van Baburen spent several years in Rome, returning to Utrecht in 1622. Among his Italian patrons were the Marchese Vincenzo Giustiniani and Cardinal Scipione Borghese.

Hendrick ter Brugghen spent several years in Italy, arriving in Rome perhaps as early as 1606 and returning to Utrecht in around 1615. Ter Brugghen’s Dutch contemporaries would have found this a very unusual painting, although it was painted long after the painter’s return from Italy. The painting combines several Italianate characteristics, such as the dress of the figures and the bowl of grapes, and the tenebrism is typically Caravaggesque and suggestive, yet, unlike Caravaggio, Northern Caravaggisti liked to show the light source – can you spot the two light sources in here?

Caravaggism was particularly strong in the first three decades of the 17th century, but it would continue to influence European artists more loosely throughout the century, including Rubens, Rembrandt and Vermeer. The Caravaggisti painted genre, allegory and religious subjects.

Characteristics of Caravaggio’s work include naturalism, a focus on the human protagonists, often little attention to the setting, chiaroscuro/tenebrism, drama, and often movement. He never established any school or workshop, which might have motivated so many painters to try to follow in his footsteps: there was nobody officially appointed to continue his legacy, so everyone wanted to do this.

Bartolomeo Manfredi was known as Caravaggio’s closest follower, but his work was later often confused with that of Caravaggio himself. In this genre scene, Manfredi combines the mythological figure of the wine god Bacchus with an eager drinker in contemporary dress, using chiaroscuro to highlight the naked right arm and torso of Bacchus. Like Caravaggio, he leaves the background and the setting nondescript.

Can we consider Caravaggisti original painters? Were they pioneers of Baroque drama in their countries, or rather simple epigones who tried to copy the master? What do you think?