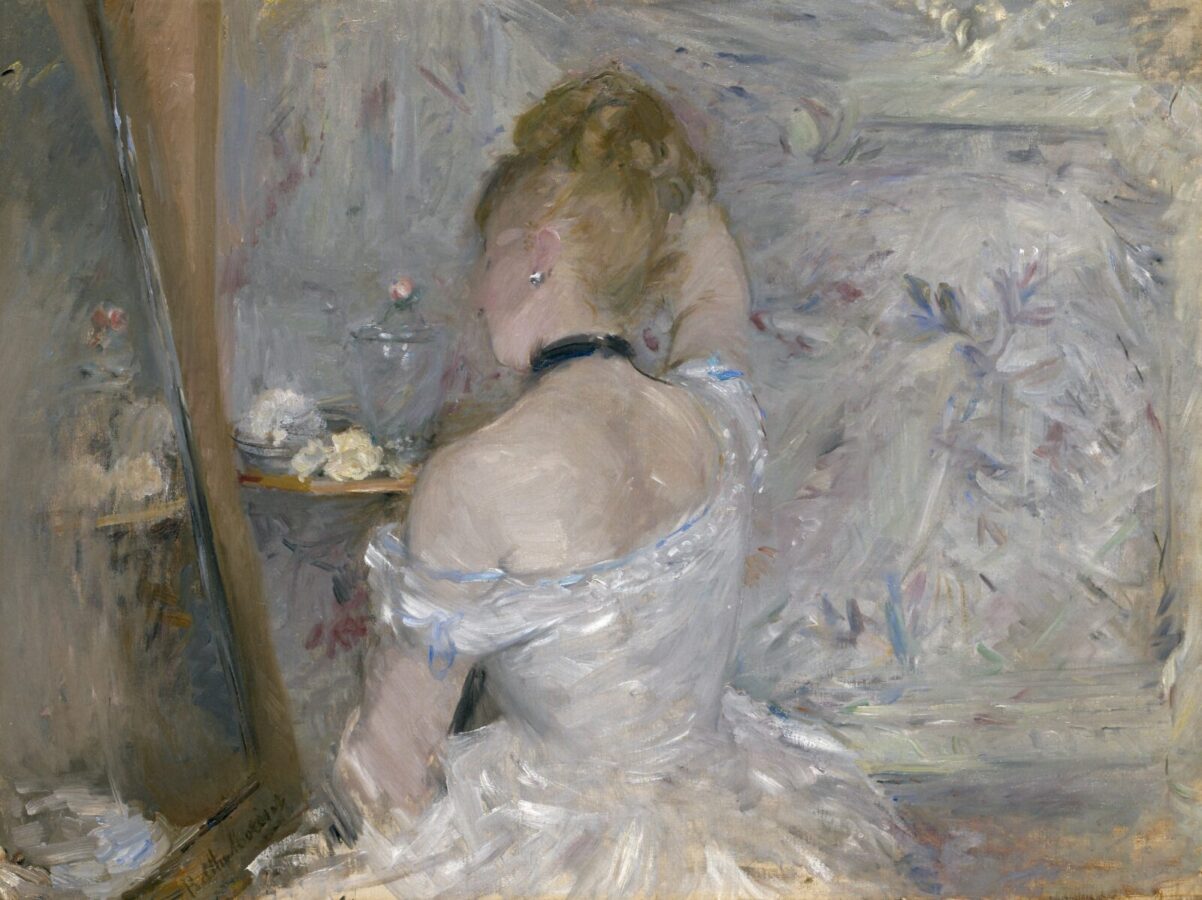 Impressionism is not only limited to Monet, Renoir, and Degas. There were four women Impressionists who were all the members of the same circle and exhibited works that were as innovative as those of their male counterparts: Berthe Morisot, Mary Cassatt, Eva Gonzalès, and Marie Bracquemond.

Three of these said Impressionist women artists were French and one was American, who lived in Paris. As they shaped their unique careers and artistic styles, Morisot, Cassatt, Gonzalès, and Bracquemond negotiated not only personal challenges but also those posed by the conventional ideas of acceptable behavior for women of their time.

Mary Stevenson Cassatt was born in Pennsylvania but lived much of her adult life in France, where she first befriended Edgar Degas and later exhibited her own work among the Impressionists. Cassatt is mostly known for the images of the social and private lives of women, with particular emphasis on the intimate bonds between mothers and children.

In 1877, both of her Salon entries were rejected, and for the first time in seven years, she had no works in the Salon. But then, at this low point in her career, she was invited by Edgar Degas to show her works with the Impressionists. Cassatt was the only American officially associated with the group and she exhibited in four of their eight exhibitions in 1879, 1880, 1881, and 1886. Degas had considerable influence on the artist. Both were highly experimental in their use of materials, trying distemper and metallic paints in many works.

Cassatt became extremely proficient in the use of pastels, eventually creating many of her most important works in this medium. Degas also introduced her to etching, of which he was a recognized master. The two worked side-by-side for a while, and her draftsmanship gained considerable strength under his tutelage. He depicted her in a series of etchings that recorded their trips to the Louvre. She treasured his friendship but learned not to expect too much from his fickle and temperamental nature after a project they were collaborating on at the time, a proposed journal devoted to prints, was abruptly dropped by the artist.

Berthe Marie Pauline Morisot exhibited for the first time in the highly esteemed Salon de Paris in 1864. Her work was selected for exhibition in six subsequent Salons until, in 1874, she joined the “rejected” Impressionists in the first of their own exhibitions. In subsequent years, she only missed the exhibition in 1878 when her daughter was born.

Morisot’s works are almost always small in scale. She worked in oil paint, watercolors, or pastel, and sketched using various drawing media. Around 1880 she began painting on unprimed canvases —a technique Manet and Eva Gonzalès also experimented with at the time— and her brushwork became looser. In 1888–89, her brushstrokes transitioned from short, rapid strokes to long, sinuous ones that defined form. The outer edges of her paintings were often left unfinished, allowing the canvas to show through and increasing the sense of spontaneity. After 1885, she worked mostly from preliminary drawings before beginning her oil paintings.

Edouard Manet created 12 portraits of Berthe. He painted her more times than anyone else. Manet had many female muses but Berthe was different because he tapped into her soul and seemed to know the longing and wistfulness that was inside.  These portraits are tantalizing and mysterious, and they come in many forms, but they leave us guessing the extent of their relationship. But in the end, Berthe married Edouard’s brother, Eugène Manet.

Eva Gonzalès became a pupil of the artist Édouard Manet in February 1869. Like her teacher, she never exhibited with the Impressionist painters in their controversial exhibitions in Paris, but she is considered part of the group because of her painting style. She was Manet’s only formal student and modeled frequently for several members of the Impressionist school. While studying under Manet, Gonzalès’s self-portraits suggest she was exploring her individuality and identity as an artist by presenting subtle correctives to Manet’s version of her. Until 1872, she was strongly influenced by Manet but later developed her own, more personal style.

Marie Bracquemond was described retrospectively by Henri Focillon in 1928 as one of “les trois grandes dames” of Impressionism alongside Berthe Morisot and Mary Cassatt.

Her frequent omission from books on women artists is sometimes attributed to the efforts of her husband, Félix Bracquemond. Félix respected his wife’s talents as an artist but disagreed fervently with her adaptation of Impressionist techniques, particularly her use of color.

Félix introduced her to new media and to the artists he admired, as well as older masters such as Chardin. She was especially attracted to the Belgian painter Alfred Stevens. Between 1887 and 1890, under the influence of the Impressionists, Bracquemond’s style began to change. Her canvases grew larger and her colours intensified. She moved out of doors, and to her husband’s disgust, Monet and Degas became her mentors. Many of her best-known works were painted outdoors, especially in her garden at Sèvres. One of her last paintings was The Artist’s Son and Sister in the Garden at Sèvres.

Marie Bracquemond participated in the Impressionist exhibitions of 1879, 1880, and 1886.

In 1886, Félix Bracquemond met Gauguin through Sisley and brought the impoverished artist home. Gauguin had a decisive influence on Marie Bracquemond and, in particular, he taught her how to prepare her canvas in order to achieve the intense tones she now desired. Unlike many of her Impressionist contemporaries, Bracquemond spent a great deal of effort planning her pieces. Even though many of her works have a spontaneous feel, she prepared in a traditional way through sketches and drawings.

Read more about women in Impressionism: