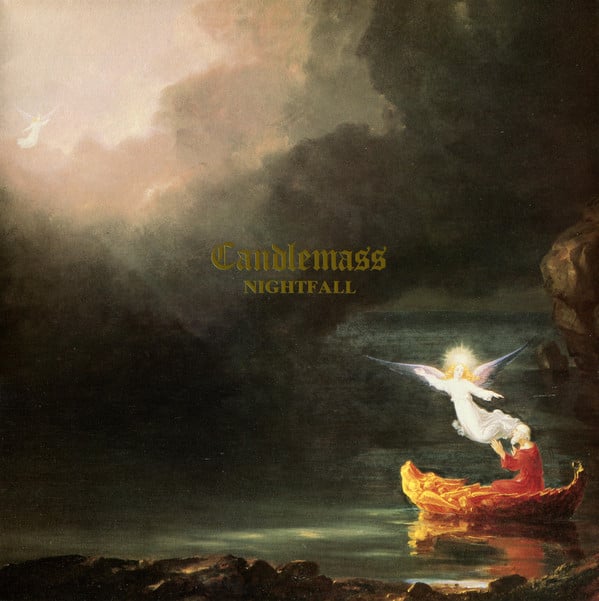 If music is the soul of an album then the art on the cover must be its body. The choice of artwork for an album cover is an important one because at a glance it conveys the style and atmosphere of the music. Usually musicians commission art specifically for this purpose. However, sometimes they choose to re-imagine classical artworks or straight up use a known painting or a sculpture as their album cover.

Joni Mitchell, a famous Canadian singer, is also famous for designing the covers of her albums. For 1994’s Turbulent Indigo she chose to appropriate Vincent Van Gogh’s Self Portrait with Bandaged Ear (1889). Mitchell put herself in the place of the Dutch artist and changed the background to swirls of blue reminding us of another self-portrait by Van Gogh.

British singer and songwriter Chris Rea was inspired by Edward Hopper’s Nighthawks for his 2004 album The Blue Jukebox. The point of view is different from the original artwork, the dominating tones are moody blues and of course, a blue jukebox takes the center stage.

American rock duo The White Stripes were influenced by the work of Dutch artist Piet Mondrian and the modern art movement De Stijl. They used “De Stijl” as the name of their second album, and placed on the cover a photographic synthesis with the band inspired by the characteristic monochromatic blocks of Mondrian. Thus relating the crispness of their sound with the minimal character of the art.

Rod Stewart has an eye for Impressionism. Pierre-Auguste Renoir’s Bal du Moulin de la Galette (1876) is featured on the cover of 1976’s A Night on the Town but with a twist. If we take a closer look we can see Stewart himself in a period costume among the people in the front. The feel-good atmosphere of the painting sets the tone for the music contained within.

The romantic art of Eugène Delacroix sparked the interest of British rock band Coldplay. Therefore they used a detail of Liberty Leading the People (1830) for the cover of their 2008 album Viva la Vida or Death And All His Friends. Here you can find more info on Delacroix’s painting and Coldplay.

Danish metal band Candlemass was really impressed with Thomas Cole’s art. They have used two paintings from Cole’s series The Voyage of Life. First in 1987’s Nightfall with Old Age (1842) and then in 1988’s Ancient Dreams with Youth (1842). The philosophical mood of Cole’s series seeps into the doom riffs of the album. It seems that Candlemass really like art because we see a modified version of Gustave Dore’s The Creation of Light (1866) on the cover of 1989’s Tales of Creation as well.

Another metal-head that loves classical art is Iron Maiden’s singer, Bruce Dickinson. He chose to use art on two of his solo albums, in 1998’s The Chemical Wedding with William Blake’s The Ghost of the Flea (1819-20) and then in 2005’s Tyranny of Souls with a section of Hans Memling’s Triptych of Earthly Vanity and Divine Salvation (1485). The mystical and occult character of Ghost of the Flea defines the character of the music.  In Tyranny of Souls the cover features the third panel of the triptych showing Hell and thus strengthens the musical content which deals, in part, with human fears.

German heavy metal band Atlantean Kodex appreciate the history of art. For their first and second albums they used paintings by classical artists. For 2011’s The Golden Bough they turned to Symbolism with Arnold Böcklin’s  Isle of the Dead (1883) and for 2013’s The White Goddess to Romanticism with Caspar David Friedrich’s Monk by the Sea (1808-10). The epic and solemn feeling of their music reflects in their choice of paintings.

Sculpture and Engraving on Album Covers

Sculpture and Engraving are less common on music album covers but there are some examples.

Benvenuto Cellini‘s Perseus with the Head of Medusa (1545-1554) seems to be a favorite among rock bands since it was used for Virgin Steele’s 1998 album Invictus as well as on the album Stone’s Reach by Australian band Be’lakor. Virgin Steele’s choice is self-explanatory and relates to the title of the album which means ‘unconquered’ in Latin. Be’lakor drew from the victorious awe-inspiring figure of Perseus to infuse their music.

Regarding engraving, Candlemass’ choice is mentioned above, but Gustave Dore sparked the interest of Norwegian black metal band, Emperor, as well. For the cover of their first self-titled album they used Dore’s Death on a Pale Horse (1865), to fortify their message.

The dialogue between music and fine art is a fruitful one, thus the list of art inspired album covers is almost inexhaustible. What are your favorite ones?

If you want to read more about the romance of art history and music, consider:

Thank you, Mike Oldham for inspiring this article and sending over your ideas!