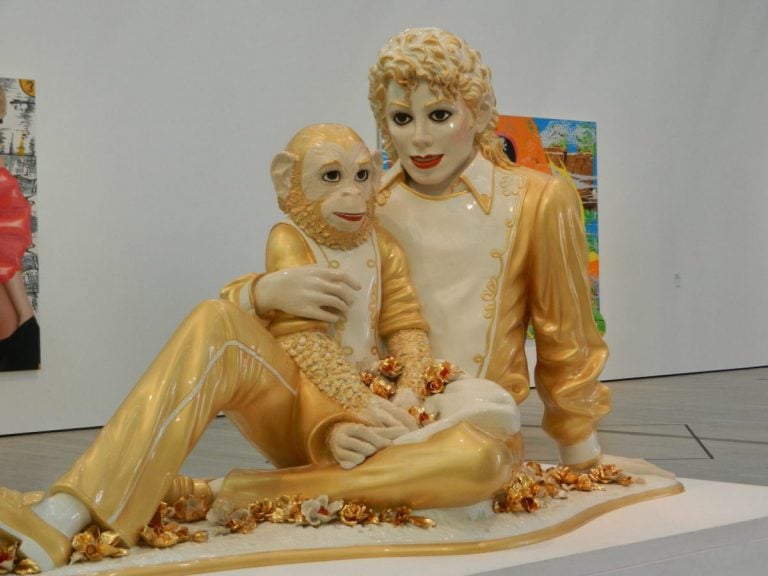 There are good, bad and ugly statues of the musical greats. Let’s take a look at ten sculptures of famous musicians, old and contemporary, that might spark your interest!

Tupac Amaru Shakur was a controversial American rapper who was murdered in 1996. Considered by many to be the most influential hip hop artist of all time, Tupac died aged just 24 in a drive-by shooting. He was the first rapper to be immortalised in bronze when his mother commissioned artist Tina Allen to place a 7 foot sculpture in the Peace Garden at Tupac Amaru Shakur Centre for the Arts in Georgia. The centre offered opportunities to young people in the arts, but sadly closed down in 2014. The statue was not hugely popular as fans decried it as a poor likeness of their hero.

Artist Paolo Chiasera constructed a concrete monument to Tupac in Germany in 2007. Initially, the life-size statue rose from the street, as if an earthquake had pushed it up from its roots. Now it stands on a pedestal at the entrance to the MARTa Herford Contemporary Art Museum.

Another artist cut down in her prime was Selena Quintanilla-Pérez. One of the most influential Latin artists of all-time, she was referred to as the Queen of Tejano music. Her contributions to music, fashion and philanthropy made her one of the most celebrated Mexican-American entertainers of the late 20th century. Selena was tragically murdered, aged just 23 by an obsessive employee. Scenes at her funeral in 1995 were compared to the reactions following the deaths of artists such as John Lennon and Elvis Presley. A monument to Selena, called Mirador de la Flor (Lookout of the Flower) draws thousands of visitors every year.

Jim Morrison was the founder of The Doors. Poet, singer, and iconic rock star. He died in France on July 3, 1971 at the age of 27. He was buried in the famous Pere Lachaise cemetery in Paris. The headstone and bust were carved by artist Mladen Mikulin. Over time, many of the sculptures in the graveyard have been damaged, defaced or destroyed. The bust of Morrison was stolen in 1988 and in 1990 the whole grave was destroyed. Morrisons’ parents, who deplored his sex n drugs n rock n roll lifestyle, finally visited and had the grave refurbished in 1991, on the 20th anniversary of his death. Fans responded by rioting, and were dispersed by the Police with tear gas.

If you want peace of mind, come to Montreux, said Freddie Mercury. He lived for some years in Switzerland, and also recorded six albums there with his band, Queen. Known for his flamboyant stage presence, Mercury is regarded as one of the greatest rock singers ever. In memory of his love of the town of Montreux, Freddie Mercury’s bronze statue has been standing on the Lake Geneva promenade since 1996. Designed by the late Czech sculptor Irena Sedlecká, there are always flowers at his feet, something I suspect Freddie would have loved.

If the idea of a five-headed bust floats your boat, then head over to Port Arthur in Texas to see Janis Joplin. Port Arthur residents weren’t always so willing to embrace the singer who died of an accidental heroin overdose in 1970 at age 27. However, almost 20 years after her death, they erected a statue in honour of their celebrity wild child. Joplin had an electric stage presence, and a singular voice. She paved the way for countless women in the music industry.

Speaking of multiple heads, let’s move on to the king of the classical composers, Ludwig van Beethoven. You will find statues to the great man all over the world, usually in full performance dress, magnificent and glowering. This statue in Bonn is a fine example. It is the oldest example we could find, erected in 1845 on the 75th anniversary of Beethoven’s birth. Funds for the statue were raised by Franz Liszt, who held a concert with Frédéric Chopin!

And here is a two-headed Beethoven in Bonn, which claims to represent not just the man himself, but also the work. Hmm, not sure.

But roll over Beethoven, for the odd looking duo below. Jeff Koons tends to produce ‘Marmite’ sculptures – i.e. you either love them or you hate them.

Three of these monstrosities were produced. Koons claimed that he was inspired by the triangular composition of Michelangelo’s Pieta. I’ll leave you to decide whether that is a fair comparison.

From the larger than life to the itty bitty, take a look at this work representing John Lord from the rock band Deep Purple.

This mini monument sits on a riverside railing in Uzhgorod, Ukraine. The local community collected 8 kilograms of coins from a variety of countries, to be melted down and create an homage to the man who fused rock and classical forms with hits such as Smoke on the Water.

Controversy over statues celebrating figures with problematic politics and beliefs is very much on our minds these days. This statue shows celebrated musician Stephen Foster, but it also shows an African American man at his feet strumming a banjo, thought to represent ‘Uncle Ned’, a fictionalized slave featured in a Foster song. First erected in 1900, more recent residents of Pittsburgh felt very uneasy with this monument depicting slavery. The City sought public opinion and the statue was removed. Discussions continue about displaying the piece elsewhere, with information setting it in its historical context. And excitingly, plans to commission a new sculpture celebrating the achievements of black women shows that a community can discuss these controversial issues with intelligence and creativity.

Let’s finish with this wonderful monument to jazz great Billie Holiday. Planning for it started in 1971 as part of a wider regeneration project. Black sculptor James Earl Reid was commissioned, but relationships soured when the money he was promised by City leaders dried up. However, Reid’s original vision was finally realised in 2009, when the seven foot figure was placed onto a 20,000-pound solid granite base with incised text and sculptural panels.