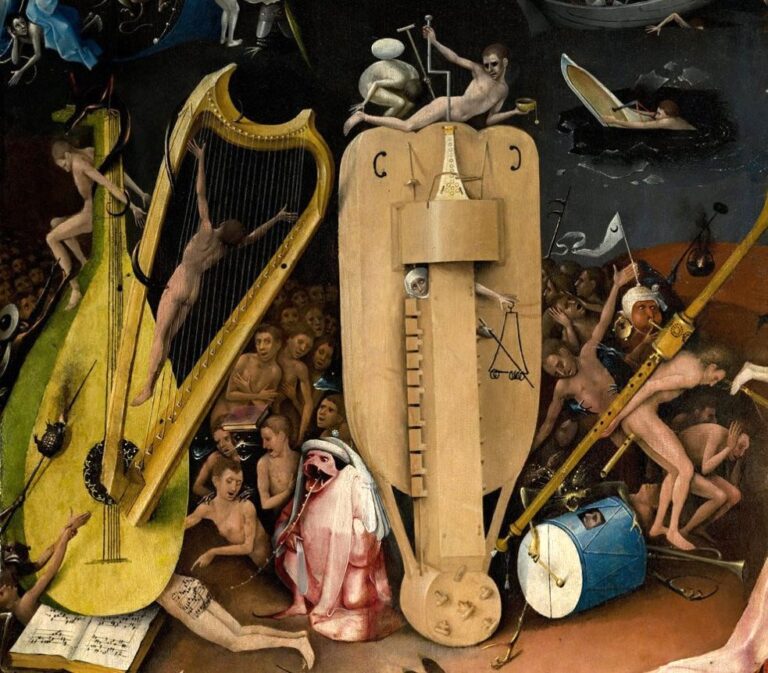 Bosch’s Garden of Earthly Delights is a three-part altair showing the Garden of Eden on the left and a vision of hell on the right. The central panel is something sort of in between – with some crackers animals looking like Pokemons added for good measure.

And there is something else there too. And it is quite disturbing.

Yes, it is a piece of music written down on the tortured soul’s butt.

Oklahoma Christian University student Amelia Hamrick has achieved online fame after transcribing and recording this short piece of music. Played on (What else?) Lute, Harp, and Hurdy-Gurdy. As the smart student said:

“I decided to transcribe it into modern notation, assuming the second line of the staff is C, as is common for chants of this era,” she explained in her Tumblr blog.

Since posting the track online, Hamrick’s composition has gone viral, probably aided by the catchy title she gave it: The 500-Year-Old Butt Song from Hell.

“I feel like it is a pretty funny name, but it’s not the most academic,” Hamrick told the Oklahoman. “That’s literally what it is, but in retrospect, I probably should have chosen a little more dignified of a name,” she admitted.

You can listen to it here: