Highlights from the Alte Pinakothek in Munich 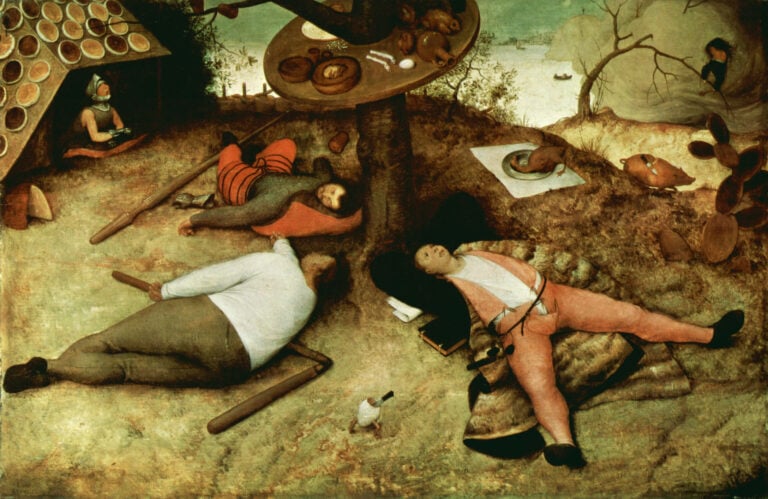 6 Highlights from the Alte Nationalgalerie in Berlin

The Alte Pinakothek is an art museum in Munich, Germany. The name Alte, meaning Old, refers to the time span which the collections cover: the 14th to the 18th century. The museum houses more than 700 works of art and a large number of Old Master paintings, including a significant collection of works by Albrecht Dürer and Peter Paul Rubens. The gallery was opened in 1836 and along with the Neue Pinakothek and the Pinakothek der Moderne form the Bavarian State Painting Collections.

This is the second self-portrait Dürer made. He engages the viewer directly while wearing an expensive fur trimmed coat. On the left, we see his signature and date of the piece while on the right there is an inscription which reads:

Thus I, Albrecht Dürer from Nuremberg, portrayed myself with characteristic colors in my 28th year

With this painting, Dürer not only strived to display his artistic proficiency, but also to voice his interest in humanist values. The elaborate coat shows his heightened status. During the Renaissance, artists were publicly elevated from mere anonymous craftsmen to creators. The most striking part of the painting are the painter’s gaze and his hands – his tools of the trade. Moreover, since hands are fiendishly difficult to paint, he displays his superior skills as well. The frontal, symmetrical, pose reminds us of images of Christ. On the one hand, Dürer wanted to remind us that man was created in god’s image and that his talent is god given. On the other, he professed his humanist studies were symmetry and harmony were most important.

This is one of the earliest known pieces by Da Vinci, created while he was still apprenticing in Andrea del Verrocchio’s studio. On the canvas, a seated Madonna offers a bright red carnation to baby Jesus, sitting on her lap. Red symbolizes the Passion of Christ. Behind the figures, four windows open to a mysterious landscape, which echoes the latter ones in the Madonna of the Rocks and Mona Lisa. The painting used to be attributed to Verrocchio, but the delicate, fluid brush strokes and soft illumination that seems to come from within the figures point to Da Vinci.

Pieter Bruegel the Elder, The Land of Cockaigne

Bruegel takes us to the utopian land of Cockaigne, where our every desire is immediately at hand. On the canvas, a knight in red, a peasant, and a scholar all lay under a tree with an attached table, laid with food. Taking a closer look, we see that food is not only abundant, like the fence made of sausages in the back or the plant made of bread to the right, but also requires minimal effort to be consumed – notice the egg running between the scholar and the peasant or the roasted pig that runs with a knife in its flesh. To enhance this message, on the top left there is a man sitting beneath a roof made of pies with his mouth open, waiting for food to come right in. But how do we reach this land? The answer lies to right where a man emerges holding a spoon from a pudding-like substance. The road to Cockaigne is arduous but yummy.

Bruegel, however, instilled a word of caution as well. These men may have their every wish fulfilled, but they are lying on the floor being lazy and overweight. To the eyes of their contemporaries, they are guilty of two deadly sins: gluttony and sloth. The knight has left his lance, the peasant is sleeping on his side instead of working the fields and the scholar is idly thinking without any intention of writing.

Named after the Florentine merchant who commissioned it, the Canigiani Holy Family is a true masterpiece in the Alte Pinakothek’s collection. Arranged in a pyramid composition with Joseph at the top, little Jesus and John the Baptist play under the watchful eyes of Mary and Saint Elizabeth. On a technical level, we can see the influence Leonardo and Michelangelo had on the work of Raphael, whose signature is skillfully hidden in the neckline of Mary’s robe. The landscape and the architecture in the background remind us of Northern Renaissance paintings.

Raphael holds a special place for the museum. The founding stone of the building was set on the artist’s birthday in 1826, making the Italian master the patron saint of the museum.

Peter Paul Rubens, The Rape of the Daughters of Leucippus

According to the Greek myth, Phoebe and Hilaera, the daughters of Leucippus of Messenia, were priestesses of Athena and Artemis and were engaged to be married. Castor and Pollux, sons of Zeus and brothers to Helen of Troy fell in love with the sisters and decided to abduct them. The fiancés of the two girls followed the abductors but in the ensuing fight, Castor was killed. Zeus then made Pollux immortal. He accepted his father’s gift on one condition: that he would share it with Castor. From then on, each brother spent one day in Hades.

On the canvas, we see the abduction of the girls – that’s what rape means as a term in art history. Faithful to Baroque ideals, the scene is filled with drama and emotion. Despite the intense gestures, the painting looks harmonious to the eye. Two diagonal axis span the piece. The first starts from the upper left with the head of the brown horse, continues on the thigh of one girl and ends in the right hand of the other. The second axis begins in the lower right with the foot of the brown horse and follows the body of the princess and ends on her upraised hand.

Boucher painted numerous portraits of her that cultivated and constructed her self-image. In this one, we catch the marquess as she was reading a book. She seems thoughtful like she is ruminating on something she has just read. She is wearing a green embroidered dress full of embellishments, pointing to her wealth but also her beauty. In the room around her, we see books, letters, sheets of music, and drawing utensils, marking as a sophisticated and cultured person.