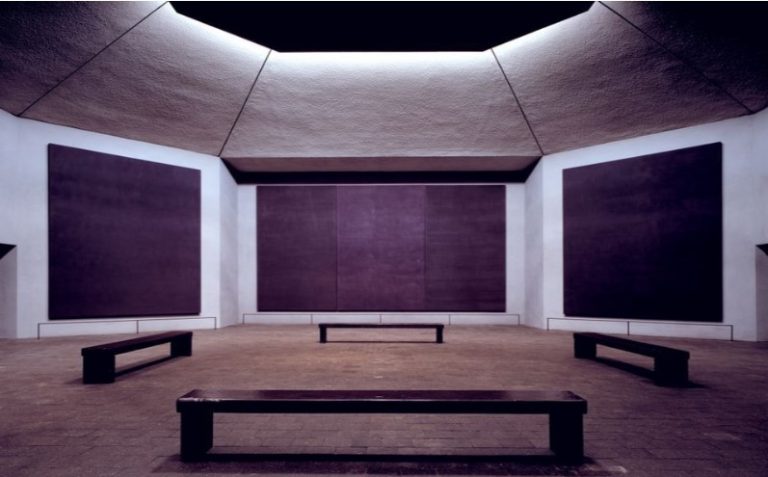 People, Subways and Mystery – Early Rothko’s Paintings Will Surprise You

The Rothko Chapel is a non-denominational chapel in Houston, Texas, founded by John and Dominique de Menil. It is definitely among the major works of modern art. Architecturally, it is a very interesting building: an octagon inscribed in a Greek cross that resembles an Egyptian tomb. And there is something very special inside this building: on its walls, you can find 14 black, color-hued paintings by Mark Rothko.

In 1964, Mark Rothko was commissioned by De Menils to create a meditative space filled with his paintings. The works are site-specific, as it was one of the requirements of the program. Although Rothko was given creative license on the design of the structure, he clashed with the project’s original architect, Philip Johnson, over the plans for the chapel.

The plans went through several revisions and architects. Rothko went on to work with Howard Barnstone and then with Eugene Aubry, but ultimately he did not live to see the chapel’s completion in 1971. Sadly, after a long struggle with depression, Rothko died by suicide in his New York studio on February 25, 1970.

Black Rothko paintings remind me of Francisco Goya’s Black Paintings. I know they are completely different in form, but both Rothko and Goya have that gloominess and present some kind of darkness of the soul. In Rothko Chapel, there are three walls that display triptychs, while the other five walls display single paintings.

A typical question raised by visitors viewing the massive black canvases which adorn the walls of the chapel includes some variant of: “Where are the paintings?” Rothko said that the subjects of his paintings were ‘‘basic human emotions,’’ expressed in the color values he wrested from layered pigment. The results are visceral, charged, and provocative. Despite, or because of, their simplicity, Rothko’s paintings have been known to bring viewers to tears. Rothko was proud of that; it was a sign of his success.