Painting of the Week: Chateau Noir by Paul Cézanne 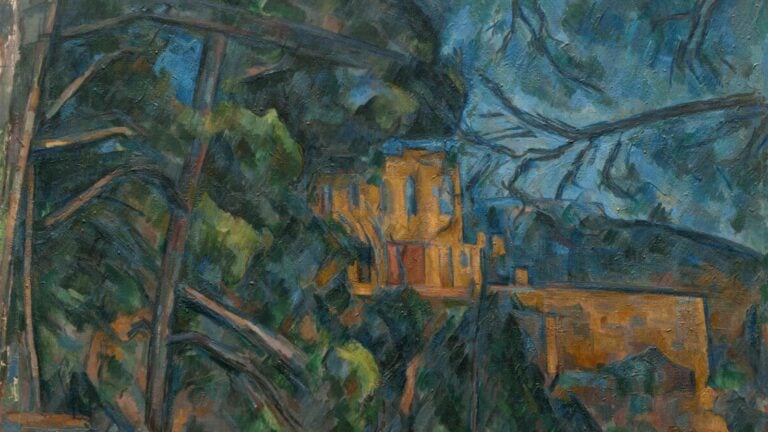 Today is Paul Cézanne’s birthday (he was born on January 19, 1839), so this Painting of the Week is dedicated to him. It is his landscape Chateau Noir, 1900/1904, at the National Gallery of Art in Washington D.C.

Chateau Noir is one of several paintings Cézanne made of a Neo-Gothic castle in his hometown, Aix-en-Provence in the south of France. Chateau Noir means Black Castle in French, and this nickname may come from the castle's ominous-looking appearance. It does seem rather foreboding in this particular painting, but it looks much friendlier in some of his others.

Paul Cézanne (1839-1906) was probably the most significant figure in late-19th century modern art. He's often considered the forefather of movements such as Cubism, Fauvism, and Abstraction. Although critics and viewers didn't know what to make of his unique style in his own time, legions of 20th-century artists have looked to him as an inspiration. His work is most commonly grouped with the Post-Impressionists, but he never considered himself to be part of any style or group.

In Chateau Noir, we can see how Cézanne broke away from naturalism in a whole new way. While the Impressionists had previously made waves for their innovations, their aim was still primarily to depict the world as they saw it. They simply had new ideas about how to do this. Although Cézanne was friends with several Impressionists and exhibited at some of their exhibitions, he disagreed with them artistically.

Cézanne was one of the first western artists to feel that there was more to any subject than its visual appearance at a given moment. His paintings combine multiple different viewpoints into the same composition; this was a groundbreaking approach that paved the way for Cubism. For Cézanne, forms were the most essential elements of a painting, and he created them by building up layers of often-vivid color.

In Chateau Noir, it's quite clear that Cézanne didn't care for conventional perspective. It is impossible to determine the spacial relationship between the castle and the trees. There's a flattened effect, where these two elements seem to be directly on top of each other. The mountain is clearly in the background, but it's difficult to tell how far away it is. These details were simply not important to Cézanne, who cared more about painting deeper truths than he did about simply reproducing what he saw in front of him.

Many of Cézanne's favorite artistic subjects, including the Chateau Noir, were located in the Aix area, where he spent much of his life. The best known is Mont Sainte-Victoire, which Cézanne depicted many times throughout his career. Nearby are the Bibemus Quarries, which he also painted frequently. Cézanne's many paintings of rocks and quarries will soon get their own exhibition at the Princeton University Art Museum.

If you like Cézanne, read about his bathers, card players, portraits, and fruit paintings.

Masterpiece Story: Jacob van Swanenburgh, Aeneas Taken by the Sibyl to the Underworld

Aeneas Taken by the Sibyl to the Underworld is one of only 11 known surviving works by Jacob van Swanenburgh. It is a rare gem of late Renaissance [...]

Eugène Boudin could be considered one of the fathers of Impressionism. It was he who met and influenced a young Claude Monet in 1858 with his [...] 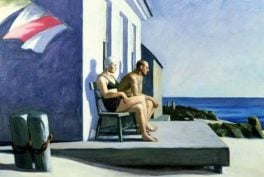 The time has come for young children to trade in play clothes for school clothes, tugging parents along in the quest for a routine. Meanwhile, all [...]