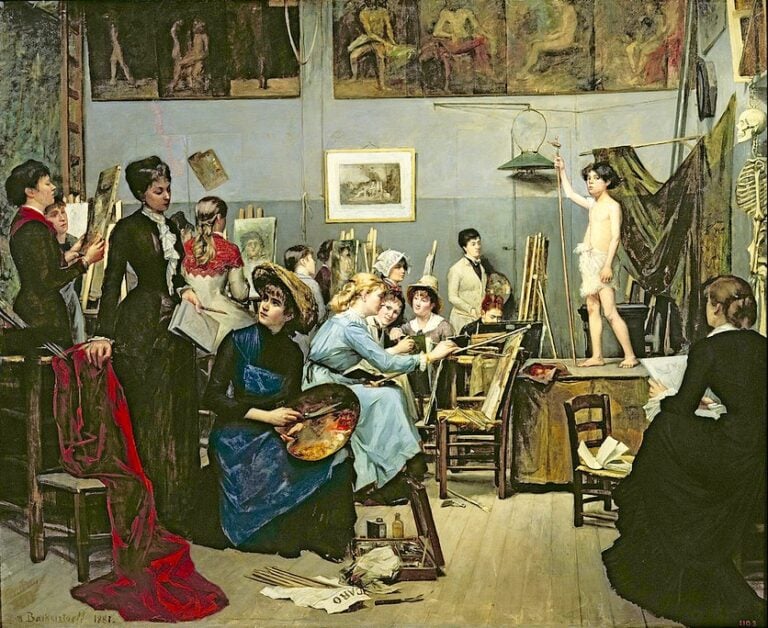 September and October are the months when students return to school or university. The experience of education and our memories of it are shaped by the people who can make school fun, or on the contrary, hell. Let’s focus on the positives and take a closer look at great teachers, who eventually were surpassed by their students, but without whom those student-artists might never have achieved success.

Cormon was one of the leading historical painters in France. He had been taught by Alexandre Cabanel and since his style was liked by the French Salon, he decided to open his own art school. His Atelier Cormon started around 1880s and attracted many prodigious students. He tried to train them in the art of historical painting accepted by the Salon, but a few of his students were not susceptible to this teaching. Among these disobedient students were Henri de Toulouse-Lautrec, Émile Bernard and Vincent van Gogh.

Boudin was a pioneer of outdoor painting in France. He was most famous for his marine paintings. Also he had sailing in his blood because his father had a ferryboat and Boudin worked with him as a child. Later they opened a shop together with stationery where a young Boudin would meet artists. He went on to study too and befriended such celebrities as Charles Baudelaire. He also met a very young, promising caricature maker – an eighteen year old Claude Monet. It was Boudin who persuaded young Monet to abandon drawing and to start painting outdoors. They remained lifelong friends and Monet was always grateful for the lessons in landscape painting and inspiration.

Charles Auguste Guillaume Steuben was a German-French baron who painted and made lithographs in the Romantic style. His father was a captain and when Charles was twelve they traveled to St Petersburg, where Charles attended drawing classes at the Art Academy. Thanks to his connections he could move to Paris where he studied at the prestigious École Nationale Supérieure des Beaux-Arts from such great teachers as Jacques-Louis David. His debut in the Salon ensured a career for him, yet the unstable financial situation forced him to also establish an art school. He was a teacher of Gustave Courbet, however Courbet couldn’t stand the traditional ways of teaching and painting that Steuben offered, so he quickly left.

José Guadalupe Posada was an illustrator, printmaker, and engraver, whose art was deeply engaged in Mexican politics. His calaveras, skulls, and skeletons expressed socio-political critique and at the same time inspired many other Mexican artists. One of the future Muralists, José Clemente Orozco, every day on his way to school, passed Posada’s printing shop. He remembered: “I would stop and spend a few enchanted minutes in watching… This was the push that first set my imagination in motion and impelled me to cover paper with my earliest little figures; this was my awakening to the existence of the art of painting.”

We hope you meet many great teachers like these on your path to knowledge!

Read more about the relationships between great artists: