The Art of Jewels: Spinel, The Ruby Impersonator 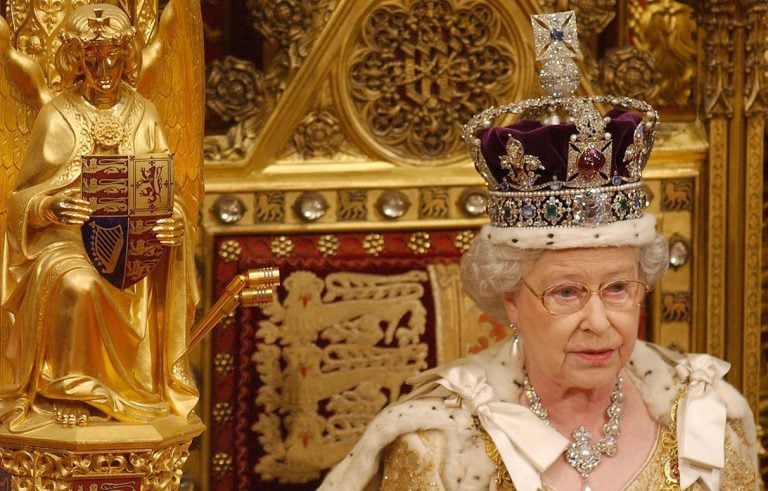 The spinel, also known as the balas ruby, was first derived from the historic region of Badakshan in Central Asia. These beautiful gemstones usually occur in a red hue, much like their more famous relative, the ruby. While rubies have been categorized as top-grade gemstones of the same caliber as diamonds or emeralds, spinels have not been given the same honor and have, rather unfairly, been dubbed the “great impostor.” Where do we find spinel in jewelry and art?

Spinels and rubies are visually almost identical and are even found in the same mines, making them very hard to tell apart. Before the advent of modern gemological identification, the difference between spinels and rubies was unknown and unappreciated. On the Mohs hardness scale, spinels rank between 7 to 8, while rubies rank at 9 (and diamonds at 10).

The red coloring in rubies is a result of the red corundum which is a crystalline form of aluminum oxide with traces of iron, titanium, vanadium, and chromium. Spinels are also aluminum oxide, but with magnesium and they are not a corundum gemstones. Spinels can occur in a wide variety of hues ranging from red, pink, rose, blue, green, yellow, brown, black, and sometimes even violet.

Notwithstanding the lesser designation, spinels are truly beautiful stones that had everyone fooled! It is now known that rubies are rarely found in sizes about 100 carats, and high-grade rubies tend to be below 3 carats. On the other hand, spinels appear in large sizes and many large spinels were considered to be priceless rubies, sought after by aristocrats all over the world, and found their way into coffers of nobility and in royal paraphernalia.

After Catherine the Great ascended the throne of Russia in 1762, she ordered the design and manufacture of a new Imperial Crown for her Coronation. The court jeweler Georg Friedrich Eckart and diamond craftsman Jeremiah Posier undertook this prestigious task and constructed this dazzling medieval Byzantine-inspired crown. It is comprised of two diamond-embedded half-spheres representing the two continents of the Imperial Russian empire.

Additionally, the two halves are connected by a vegetal pattern intended to symbolize the power of the monarchy. There are 4,936 diamonds embedded into this crown with a total weight of 2,858 carats. Bordering the edges of the two spheres, there are 75 large Indian matte white pearls. The semi-polished spinel is at the very center of this crown and is surmounted by a jeweled cross indicating the faith of the Russian sovereign.

The spinel, also known as the Ruby of Catherine the Great, was the property of the Chinese Emperor Koh Khan and his family for centuries before it was spotted by Nikolai Spafari, the Ambassador of the Russian Empire to China. Following this, in 1676, Nikolai facilitated the sale of the gemstone to Emperor Alexi Mikhailovich, the second Czar of the Romanov dynasty. The spinel sat in the imperial treasury for years, until it found its purpose as the center stage of the Imperial Crown of Catherine the Great in 1762 and was worn by all Czars ever since, right up to the last Czar Nicholas II in 1896.

The iconic purple velvet cap and ermine band of the Imperial State Crown is a powerful symbol of the world’s longest-reigning monarch, Elizabeth II. Other than the Black Prince’s Ruby, this crown features several noteworthy gemstones such as the Cullinan II diamond, St Edward’s Sapphire, and the Stuart Sapphire. At about three pounds, the jewelers Rundell, Bridge & Rundell created this crown, which features 2868 diamonds fastened in silver mounts along with colorful gemstones in gold mounts. The crown also includes 17 sapphires, 11 emeralds, and 269 pearls. Additionally, most of the stones are in table-cut form.

The large and prominent Black Prince’s Ruby embedded on this crown is not a ruby at all but in fact a 170-carat red spinel, also of Eastern origin. It made its way to the British coffers by way of Edward of Woodstock, also known by the moniker Black Prince, who obtained it as a gift from Don Pedro, the King of Castile, after the Battle of Najera near Vittoria in 1367.

In recent times, spinels have been mined in Vietnam, Tanzania, Kenya, Madagascar, and Sri Lanka. Despite the lower designation compared to rubies, spinels are expensive gemstones that command a significant price. Today, they are frequently used by esteemed jewelers such as Harry Winston, Tiffany & Co., and Cartier.