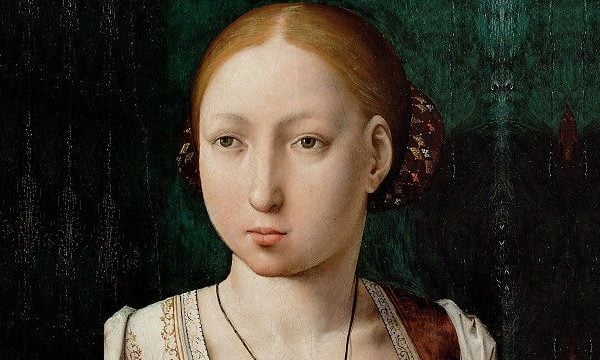 Joanna of Castile, also known as Joanna the Mad, was never expected to inherit the throne of Castile and Aragon in the 16th century. Due to her misunderstood mental illnesses, though, Queen Joanna was eventually declared unfit to rule her kingdom. The mistrust of the three most important men in her life probably added to her emotional state. Her father, husband, and son contributed to Joanna the Mad’s life and legacy. Here is the story of Joanna of Castile and how she was wrongfully misconstrued throughout history.

Joanna of Castile, historically known as Joanna the Mad (in Spanish Juana la Loca), was born on November 6th, 1479. She was the third child of Isabella I of Castile and Ferdinand II of Aragon. Readers might be more familiar with her famous younger sister, Catherine of Aragon, first wife to King Henry VIII of England. Joanna’s other siblings, in order of birth, were Isabella, Queen of Portugal; John, Prince of Asturias, Maria, Queen of Portugal; and Catherine, Queen of England.

When Joanna turned 16, she married Philip of Flanders (Philip the Handsome) in 1496. Of course, it was a political marriage arranged between the Habsburgs and the Trastámaras. Philip of Flanders was the son of Maximilian I, Holy Roman Emperor. During her marriage to Philip, she gave birth to two sons and four daughters. Remarkably all six of their children became emperors and queens. Identified through portraits, their children had the recognizable Habsburg jaw due to inbreeding within the family.

While Joanna’s children became powerful rulers, she had trouble controlling her crown. In 1497 (one year after Joanna and Philip’s marriage), her older brother and heir to the throne died. Joanna’s sister, Isabella, Princess of Asturias, died one year later. Due to her older siblings’ deaths, Joanna became heir to the Castilian throne and was named Princess of Asturias by 1502.

Since Joanna became politically powerful, Philip attempted to control his wife. As an indomitable princess, she refused to be told what to do. As a punishment, Philip would lock her in her room until she gave up her dominance. Many rumors of Joanna’s insanity circled the court during her lifetime. For instance, after the birth of their fourth child, she was rumored to have found her husband involved with another woman. Through her rage, she attacked his lover with a pair of scissors by slashing her face.

Joanna had plenty to gain as the heiress to both the Spanish kingdoms of Castile and Aragon. But when her mother, Queen Isabella I of Castile, suddenly became ill, Joanna began to fall into a deep depression. Unfortunately, her mother’s death in 1504 made Joanna the new Queen of Castile. Through this succession, her husband became king known as jure uxoris (king consort). Although Joanna’s mother had passed away, her father was still a ruling king of Aragon, with no further claim to Castile.

But there was a twist, the late Queen Isabella I made it clear that if Joanna could not rule herself, Ferdinand II could take over in her absence. As a result of Ferdinand’s inability to come to terms with losing his status in Castile, he and Philip had Joanna declared insane and unfit to rule Castile…

While it is nearly impossible to know if Joanna of Castile had any mental illnesses, historians believe she was depressed, bipolar, psychotic, or schizophrenic.

During the early modern era, mental health issues in the royal European Courts were not a topic of discussion nor a known awareness. Instead, it was a powerful tool for monarchs to declare one another unfit to rule. After Philip died, Joanna tried ruling Castile alone for a few months. But her father eventually returned and locked her away in a monastery while he ruled in her “absence.” For the rest of her life (nearly 45 more years), Joanna was confined to a room, slowly deteriorating physically and mentally. She died in 1555 at the age of 75.

But probably the most interesting story regarding Joanna is her obsession with her husband’s corpse after he died in 1506. Historians believe Joanna was madly in love with her husband, and her outburst toward his mistress was an act of jealousy.

While she was pregnant with their last child, Philip died, leaving Joanna in a vulnerable state of mind. It was not uncommon for widows to be near their husband’s corpses until they were buried. But since Joanna was already known to suffer from mental illness or, as they understood it, “insanity,” her wanting to hug and kiss Philip’s corpse for weeks after his death was seen as an insane gesture when it was probably genuine love.

Joanna’s story has continued to impact the art world. In the image above, 19th-century painter Francisco Pradilla Ortiz illustrates Joanna holding vigil over her late husband’s coffin, Philip the Handsome. Certainly, the scene is embellished, but it proves Joanna’s legacy of “insanity” captivated artists and historians 500 years later.

Salvatore Poeta: “The Hispanic and Luso-Brazilian World: From Mad Queen to Martyred Saint: The Case of Juana La Loca Revisited in History and Art on the Occasion of the 450th Anniversary of Her Death.” Hispania (2007): 165-172.