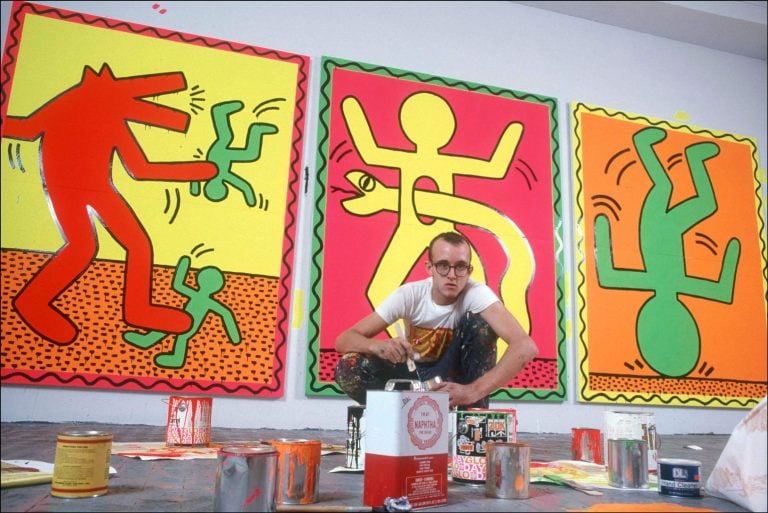 The nature and purpose of queer art is not something that can be answered with just one article. We learn about queer art in college courses, it is discussed in the public sphere, we see it in museums. In its simplest of natures, queer art exists to shine a light on an otherwise marginalized part of society. Is the art considered “queer” because of the artist, theme, intent, or subject?

There are plenty of artworks we look at and say “that is meant to be a queer artwork“. There are museums dedicated to and galleries filled with art that has been deemed queer by society or the artist. Jennifer Doyle mentions a specific print by Andy Warhol and how ultimately Sex Parts does not need someone dictating its level of “queerness” but rather its place on the wall of a local gay bar makes it queer in nature.

Part of a Larger Study

Ultimately, discussing queer art means diving into many different areas of study within art history: feminist theory, cinema studies, and social and literary theories to name a few. As Jennifer Doyle says in her piece, titled Queer Wallpaper, the function of the word “queer” in writing about art is hard to pin down. And it very much is.

It is a combination of all the aforementioned questions that make it so. Doyle signifies that it is actually the culture and things “that can come with being gay and lesbian, with being a member of a lesbian and gay community” and is rather not meant to specify the sexual identity of the artist or the audience. In fact, it is much more open to interpretation than one might believe.

The Artists and the Art

For as many definitions of queer art that exist, there are just as many artists. And because the fluctuating acceptance of the word has varied with time, it is difficult to choose just a few works of art to discuss. With that in mind, however, there is a couple below that you might find interesting and worth studying further.

There are multiple articles on Keith Haring in our magazine however, it is worth mentioning the importance of his art in queer communities. Artworks, such as the two mentioned below, reflect an important aspect in the LGBTQ+ communities as a whole – focusing on the issue of AIDS, especially in the 1980s. This was during a time when Haring himself along with his friends suffered from it. And because there was such a stigma around AIDS and the gay community, Haring’s art speaks volumes.

Another well-known artist, David Hockney went through a period in which he focused heavily on pools. During his time in Los Angeles, beginning in the 1960s, Hockney fell in love with the city and what he once called “the promised land.”

His LA paintings are filled with sunlight, and a dream-like quality of bright colors that reflected on the allure of Hollywood to the young artist. However, the painting below represents more than just that. Hockney takes a familiar scene in art, that of bathing, something seen in many paintings, and turns it into something more akin to the symbol of sunny California and the burgeoning sexual freedoms and changing social norms of the 1960s.

The story of Simeon Solomon (1840–1905) is rather an obscure one compared to other well-known artists on this same page. While Oscar Wilde called him “that strange genius,” Alfred Werner summed his life up in a scholarly article titled The Sad Ballad of Simeon Solomon.

The Jewish artist’s work was heavily influenced by the Bible and the Pre-Raphaelites; he was able to find a niche for both during his life, filling his oeuvre with both subjects. Although his popularity ebbed and flowed over the course of his career, the artist tended to remain true to his ideals, even after several arrests due to homosexual acts.

The above painting of what appear to be three young men, is soft in nature. While the two figures sleep, almost tangled up in one another, the last one keeps watch. The subject matter and theme might reflect the undercover nature of homosexuality in England at the time.

Another well-known artist is the Post-Impressionist Henri de Toulouse-Lautrec. But again, some of his art is labeled as “queer” based on the subject matter and theme. The below painting of two women in bed kissing is a popular artwork which has been commercially reproduced over the years. The French artist openly painted sex workers and their reality.

This pair of photographers worked in the sea town of Horton, Norway, gaining popularity with their various types of local photographs which they turned into postcards. Norway’s National Museum of Photography, the Preus Museum, has a multitude of their glass negatives. A carton of personal photographs was found among the collection, which seem to show at least Høeg bucking the cultural norms for women during the time.

Høeg and Berg are part of the current exhibition at the Preus museum, showcasing Norwegian queer artists and political activists.

The Future of Queer Art

As long as the definitions of and acceptance of queerness keeps changing, the nature of queer art will change as well, broadening our horizons on the meaning of the word. Through social media and the internet, we have much easier access to queer art from which we can draw and study. Current modern artists such as the German Hannah Roemer, photographer Naima Green, or painter Salman Toor, build on past centuries and decades of art to bring more and more types of queer art to the forefront of the art world, and to bring a voice to still marginalized parts of society.