David Hockney and The Camera: A Composite Polaroid Reality 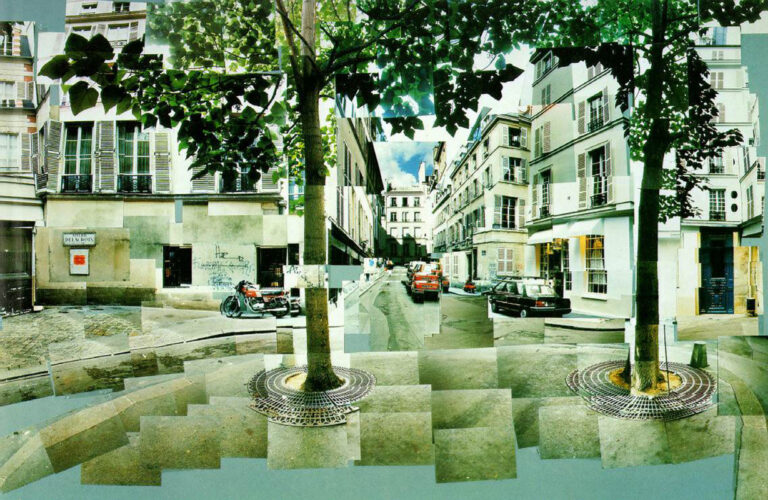 Sometime before 1982, Hockney commented that Photography is all right if you don't mind looking at the world from the point of view of a paralysed cyclops-for a split second. His tough opinion, however, changed when in February 1982 a curator visiting his house in the Hollywood Hills forgot some Polaroid film and Hockney started to experiment with it, trying to capture the three dimensions of surrounding reality. What arose from these experiments are the most stunning composite photographs/photocollages (you call it) that you will see in a long time. 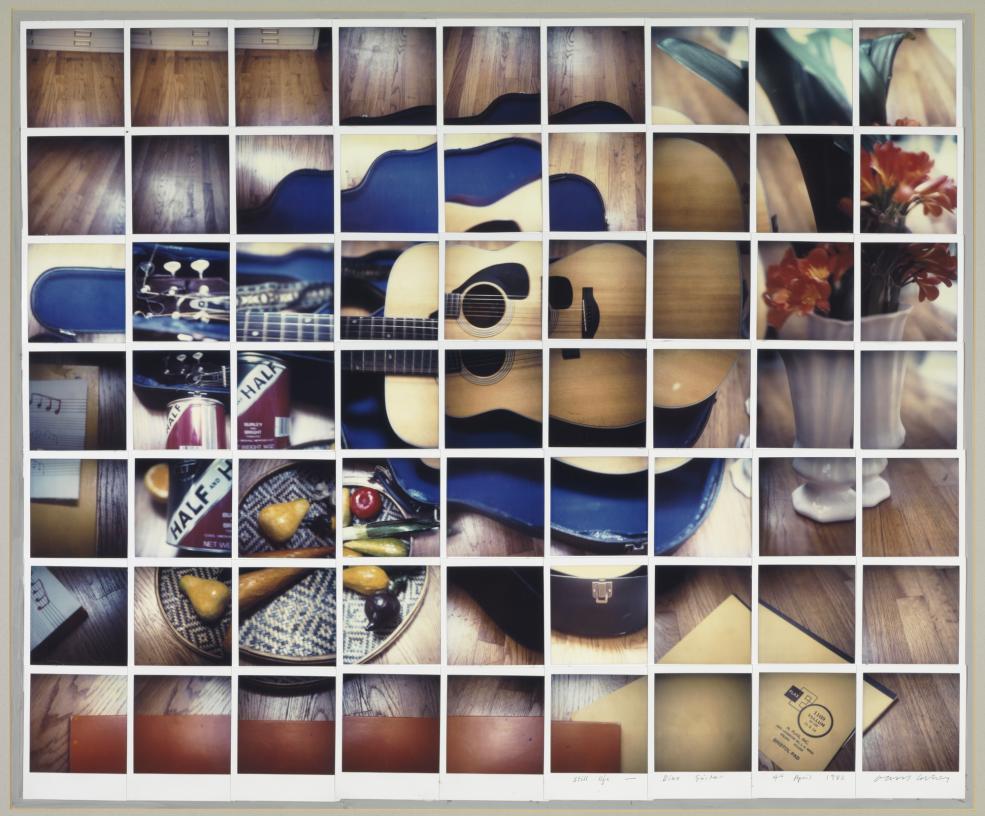 David Hockney, Still Life Blue Guitar 4th April 1982, Composite Polaroid, Photo credit: Richard Schmidt[/caption] Hockney's attitude towards photography was clearly Modernist, he took photos sequentially and pasted them together calling them 'joiners'. If you put six pictures together, you look at them six times. This is more what it's like to look at someone, he said. He admitted himself that his works are very Cubist, moreover, they often reference Synthetic Cubism with their distorted perspective and iconography, mixing homage and parody in one. [caption id="attachment_17284" align="aligncenter" width="985"]

David Hockney, Jerry Diving Sunday Feb. 28th 1982, Composite Polaroid, Photo credit: Richard Schmidt[/caption] Fascinated by movement (it's our movement that tells we're alive), Hockney often portrayed his subjects moving (on the contrary to his painting, where his sitters usually sit), or tried to highlight his own movement in the photograph. Then, his photographs invite our gaze to move from side to side, up and down. Another important element is time, Hockney hopes lived time, which according to him is best conveyed by movement through space. [caption id="attachment_17282" align="aligncenter" width="1125"] 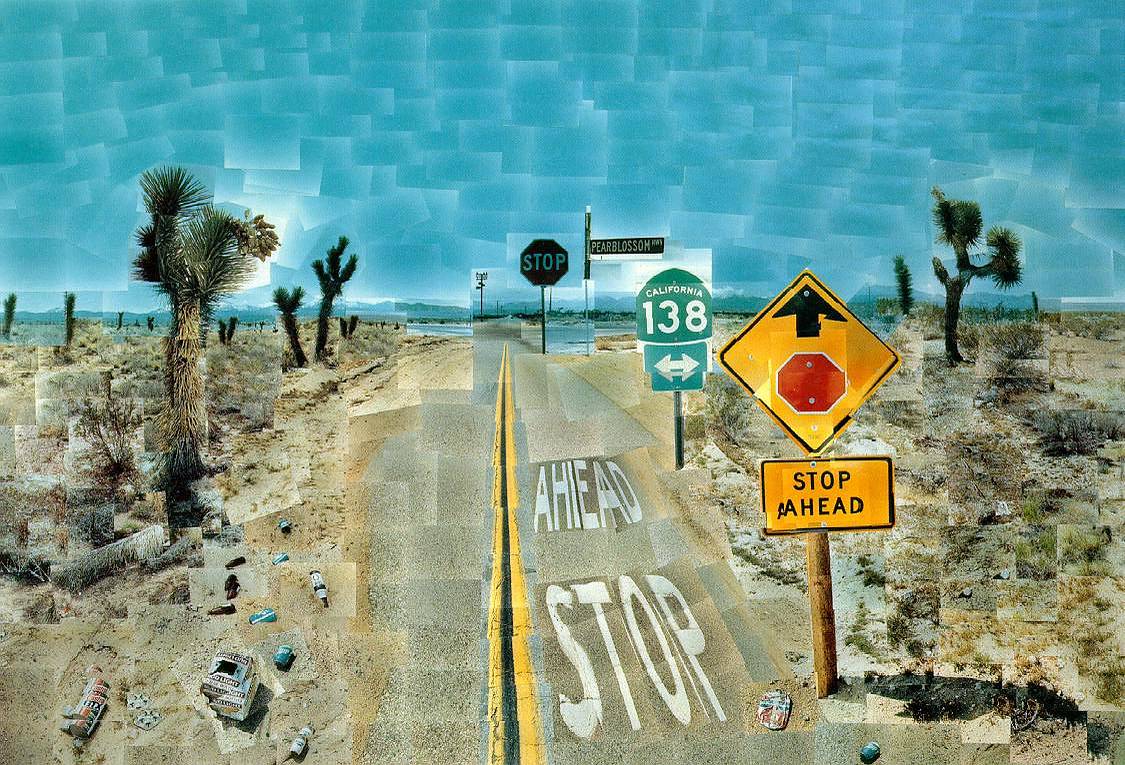 David Hockney, Pearlblossom Hwy., 11 - 18th April 1986, #2, April 11-18, 1986, The J. Paul Getty Museum, Los Angeles[/caption] What started as an exploration of the spaces of his house, to the portraits of his family and friends, developed into monumental works depicting vast American scenery. Yet instead of simply documenting the landscapes, Hockney depicted depth, trying to overcome the limits of eye-vision. He viewed his collages as combination of painting and photography, and by showing multiple perspectives at the same moment, he makes it clear that there is never a single true and privileged one that we should blindly follow. [caption id="attachment_17285" align="aligncenter" width="863"] 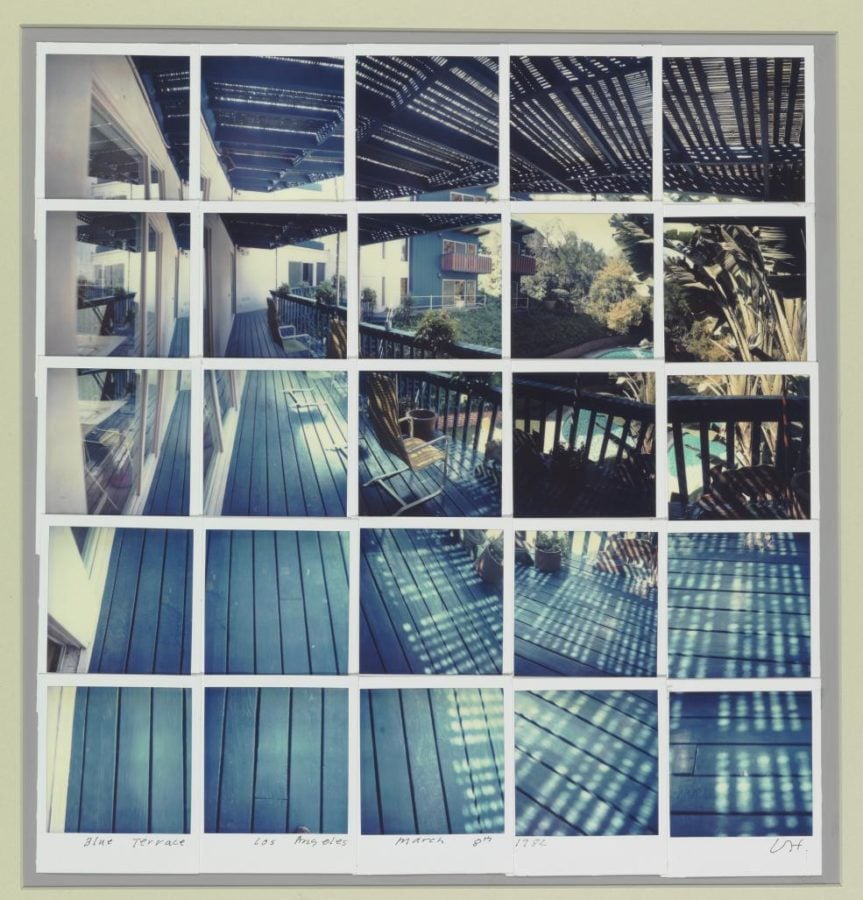