Everything You Need to Know About Primitivism 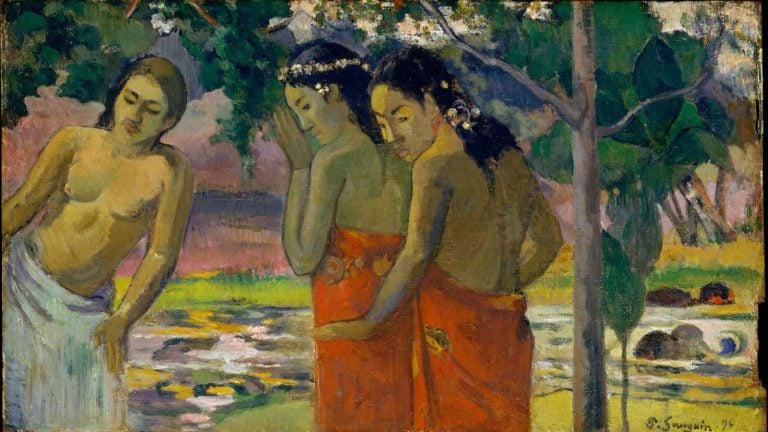 Primitivism was a facet of Modern art inspired by the works of untrained artists in non-industrialized societies, namely tribal Africa and Oceania. Although it was not itself a fully-fledged artistic style, Primitivism inspired many of the early-20th century's key artists and movements, most notably Pablo Picasso and Cubism.

Primitivism: The approbation of and enthusiasm for primitive art, generally understood to mean the art of Africa and the Pacific Islands. Western artists had a particular interest in this type of ethnic art c. 1905-1935, beginning with the Fauves, Cubists, and Die Brucke who incorporated elements of it into their own work. This in turn led to a deeper study of this subject by both anthropologists and art historians.

When and where did it appear?

Primitivism emerged in the second half of the 19th century in France. One big catalyst was the 1878 opening of the Trocadéro Museum - the first museum to display the arts of tribal Africa in Paris. Many artists visited the Trocadéro in search of inspiration, and quite a few of them went on to become collectors of African and Oceanic art as well. Although Primitivism began in France, it soon traveled throughout Europe and America via the great influence of the artists who first adopted it.

While trends in art-making shifted in other directions after World War Two, one can easily argue that Primitivism has never really ended. The lessons that mainstream Euro-American art learned from African and other "primitive" art styles are still with us today.

What is this movement all about?

Primitivism can be seen as a reaction against both conservative academic art and the impersonal Industrial Revolution. In general, much of so-called "primitive" art did not value naturalism, narrative, and figuration as European art traditionally has. Therefore, embracing these traditions opened up many new visual avenues to explore. Those who found inspiration in Primitivism also saw a deep connection between non-academic art and deep spirituality. In other words, there was an idea that art created by supposedly less-civilized people was somehow purer and more instinctual than the artificial artistic styles favored by the modern west.

Source material for Primitivism wasn't necessarily confined to non-western art. European artists also looked to surviving artworks from their own cultures' prehistoric pasts as well as to modern peasant culture. Some Primitivists were also interested in folk art, untrained art, and art made by children.

Unlike most -isms, Primitivism does not have consistent characteristics. Rather than being a true artistic style, it was a more of a general trend that appeared in various artists' works across diverse movements. Everyone used it differently. We can find its influences in Post-Impressionism, German Expressionism, Surrealism, and most notably Cubism.

For many artists, the lack of emphasis on naturalism, volume, linear perspective, and narrative was Primitivism's main attraction. Accordingly, we often see flattened forms and the use of non-traditional perspective in works influenced by this tradition. The fractured forms and multiple perspectives of Cubism are truly indebted to Primitivism in this sense. Many artists inspired by Primitivism also utilized abstracted geometric patterning and bright colors. Since African masks were among the hottest objects to collect among the Parisian avant-garde set, mask-inspired imagery was also common. The most famous examples appear in Pablo Picasso's paintings such as Les Demoiselles d'Avignon and Portrait of Gertrude Stein.

Primitivism could sometimes also be reflected in subject matter, espeically by artists like Paul Gauguin and Henri Rousseau. Rousseau is famous for his scenes of the jungle, while Gauguin lived amongst and painted French peasants in Brittany and natives in Tahiti. Meanwhile, the Surrealists explored Primitivism's perceived spiritual aspects rather than its aesthetic ones. Many people believed that "primitive" artwork expressed fundamental human truths in a way that trained European artwork did not.

Who were the key artists?

There are many cool things about Primitivism, but its name is not one of them. This term comes from the fact that the western world used to commonly refer to African, Oceanic, and native North and South American cultures as "primitive". It's ironic that artists drew inspiration from these cultures while simultaneously denigrating them through this terminology. While the term "primitive art" to describe African, Oceanic, and native American art has fallen out of favor more recently, it's still fairly common to hear the term "Primitivism" to describe European modernist influenced by these traditions.

It's also unfortunate that artists inspired by Primitivism didn't typically make an effort to understand and respect their source material. It didn't seem to be important to these artists to learn the who, how, and why. Instead, they just took the aspects they liked and dismissed the rest as inferior. Because of this, Primitivism should not be confused with the African-inspired artwork being created by artists of African ancestry around the same time.