The Mystery of Mantegna Tarocchi 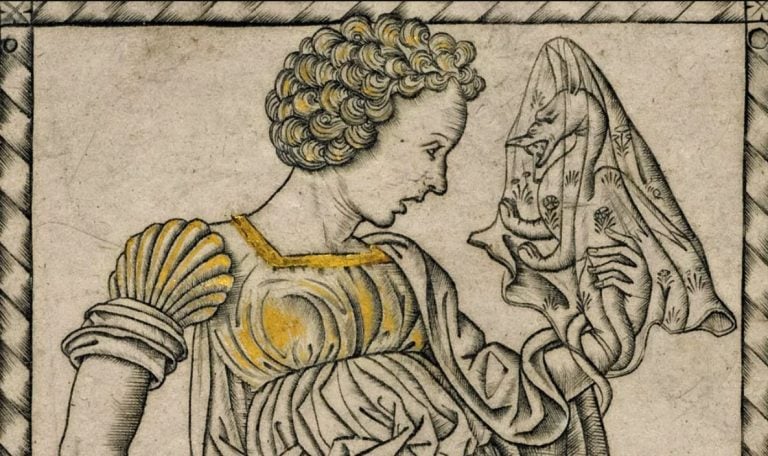 Mantegna and Bellini – Brothers in Art?

The Mantegna Tarocchi, also known as the Tarocchi Cards, or Tarocchi in the style of Mantegna, is a double series of 50 instructional engravings each. Everything about them is mysterious—the author, their purpose, and their iconography.

The name appears to be often mistaken by later writers for the contemporary card game of Tarocco (Tarot), which includes many extra picture cards. The Mantegna Tarocchi are neither playing cards nor Tarot cards for fortune-telling, but were presumably educational tools for upper-class children, although no documentation of their use survives.

For many centuries, art historians wrongly believed that Andrea Mantegna was the engraver. However, the name Tarocchi of Mantegna is still used, mostly as “the so-called Mantegna Tarocchi”. This is because all the subjects of the set are mentioned by Giorgio Vasari, who writes in his Lives that Mantegna created copper prints of trionfi—another name for the Tarot Trumps. But now, Baccio Baldini who was a Florentine engraver is also brought into consideration as a possible author from the past, hence the set is sometimes called Baldini Cards or the Baldini Tarocchi.

There are no suits and the images are numbered consecutively from 1 to 50, divided into the following groups: Society, Apollo and the Nine Muses, the Arts and the Sciences, the Seven Virtues and Sun, Time and the World, the Planets and the Spheres. The cards were of very high quality—which was unusual at the time. They are even decorated with golden petals!

Besides the double series of 50 engravings each, there is a number of copies by different artists of the Tarocchi di Mantegna. The engravings are also known to have provided inspiration to later artists, including the prolific Bolognese artist Amico Aspertini, who made copies of the tarocchi in his notebooks and produced fresco cycles with the same subjects. Ludovico Lazzarelli was also inspired by the tarocchi images. Even the young Albrecht Dürer copied some of them. Also, woodcut copies of these engraved images occur in later educational and didactic books.

Each figure in the Tarocchi di Mantegna has a name and a number. Tarocchi cards reflect a world order prompted by humanism, with the aristocracy and the church ranking lower than the arts, the sciences, the virtues, the planets, and the spheres. The cards differ from tarot cards—but perhaps some of the iconographies of Mantegna Tarocchi were copied from the earliest tarot cards.

Card games based on the Virtues and Vices, or Social Subjects, have of course been produced from time to time over the centuries. Possibly the Tarot Trumps were merely an alternative or condensed version of these images, which most educated people would recognize, added to a pack of cards for the purpose of making a new card game.