My name is Sofonisba And I’m Michelangelo’s Gal 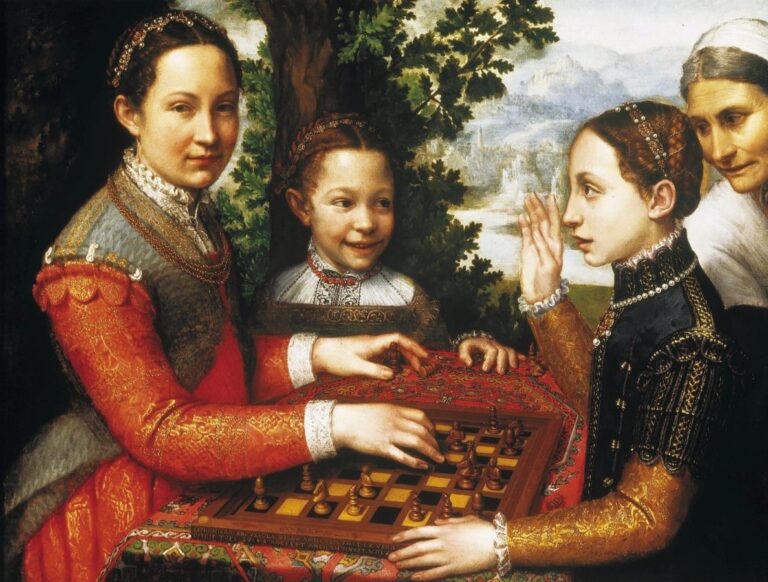 And I don't mean it as a mistress, no, no, I'm a respectable girl who comes from a little poor but still a noble family of Cremona. When I travelled to Rome, I was introduced to Michelangelo and he saw a great talent in me straightaway. I know I shouldn't talk about it too much because modest girls don't brag, but I somehow have to make a name as a professional painter.

My world my crayons 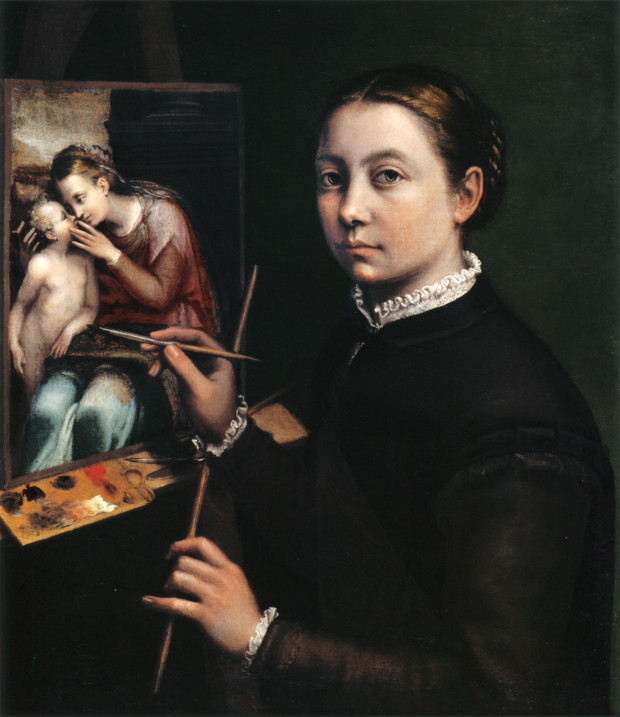 Sofonisba Anguissola, Self-Portrait, 1556, Łańcut Museum[/caption] Michelangelo might have put a word for me to the queen of Spain, though he would never admit that. Anyway, she just loved my painting and asked me to tutor her a little. Not only was I one of the first girls to apprentice in professional workshops, but now I'm going to be a master myself! I'm going to travel even farther from home to stay at the Spanish court. I'm sure I'll miss my little sisters but I can't stop to paint!

My lovely sisters and my dear nanny 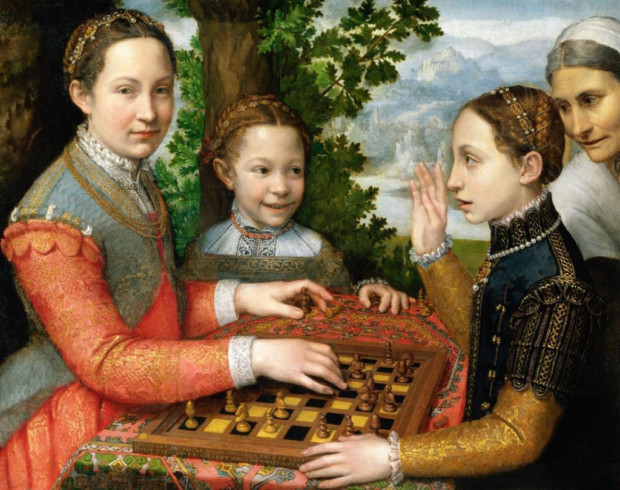 Sofonisba Anguissola, Lucia, Minerva and Europa Anguissola Playing Chess, 1555, National Museum, Poznań[/caption] I was admitted as a painter to the king, it's quite an honour. Moreover, king Philip promised to find me an aristocratic husband, hi hi. I paint mostly royal portraits, but it's fun, I like observing people and ornate clothes. Life at court is never boring, so many balls, feasts and hunts! [caption id="attachment_1538" align="aligncenter" width="537"] 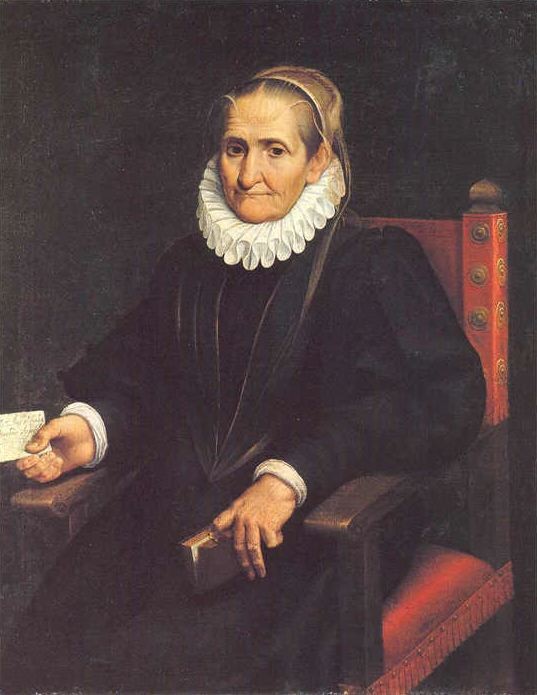 Sofonisba Anguissola, Self-Portrait, 1610, Gottfried Keller Collection, Bern[/caption] I'm not a young gal anymore but my life is still good despite some issues with my eyes- I can't see as well as before. I have had two loving husbands and I managed to save a small fortune thanks to quite a few commissions for my works. Last week I met this young Flemish artist, Anthony Van Dyck, who really wanted to paint my portrait. He's a promising boy and I don't even look that old on his portrait, although I'm already 92.