Last Days of Summer in Art 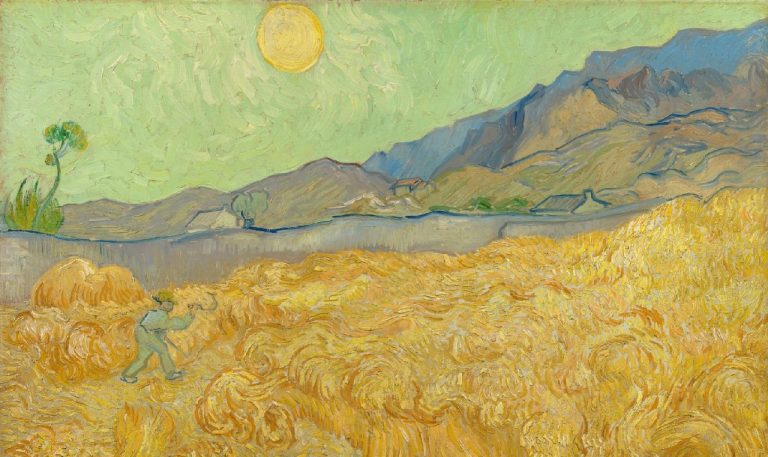 10 Ways to Spend the Summer, Inspired by Art

The end of summer is approaching and these last days of sunshine create a kind of melancholic feeling. You would probably like to reflect on the past few weeks. Summer is a period in which we may feel a little happier than during the rest of the year. It also turns out to be a source of inspiration for many artists.

Let’s check out these 5 summer paintings that were made in the late 19th century and early 1900s. This was the heyday of Impressionism, the painting style par excellence that uses natural sunlight and was also the beginnings of Post-Impressionism. The Impressionists painted en plein air, which means that they took out their portable easel, brushes, and tubes of paint to capture the colors of the moment. Just by looking at these works, you can feel the sunshine!

1. A Sunday Afternoon on the Island of La Grande Jatte by Georges Seurat

This refreshing painting by Georges Seurat depicts the play of light very well; it divides the canvas into an upper area that is bathed in sunlight, and a front area wherein people stand in the coolness of the shadow. You will notice that the colors actually vibrate. This is because Seurat painted very small dots of contrasting colors next to each other. This style is called Pointillism, which makes the shades stand out more strongly.

As the title of the work suggests, we see people having a lazy Sunday. Sunday was a day on which Parisians would escape the hustle and bustle and the city heat. The island of La Grande Jatte was the place to be. Visitors could enjoy a cool breeze coming from the Seine and seek shade under the trees.

Seurat painted the Seine several times, especially when Parisians were looking for relaxation and entertainment. In A Sunday Afternoon everyone is depicted very formally, there is little spontaneity among the people and, except for a few rowers and sailing boats, no one seeks refreshment in the water.

This contrasts sharply with another painting by Seurat, Bathers at Asnières, in which people seem to be having a little more fun. There are speculations that Seurat wanted to show the upper bourgeoisie in A Sunday Afternoon, meanwhile he depicted the representatives of the working class in Bathers at Asnières, and thus wanted to characterize their lifestyle.

2. Woman with a Parasol by Claude Monet

Claude Monet, known for his majestic paintings of water lilies, depicts his wife Camille and their son Jean on a windy summer’s day. The forceful brushstrokes make you feel the wind. The upward perspective in which Monet painted this work is remarkable and makes the wind blowing in the woman’s dress more noticeable.

The long shadow that falls on the spectator reveals that the scene takes place around noon. Subsequently, Mrs. Monet protects herself against the sun with a parasol, an accessory that was fashionable in the late 19th century. Monet must have liked this work very much because about ten years later, when he remarried, he depicted his daughter Suzanne in a similar way.

Henri Matisse painted this progressive Post-Impressionist work on the French Riviera and you can see this in the brilliance of the colors that he used. The warm sunlight gives Matisse’s world a beautiful shine. The shades that he chose for the sky look like a rainbow that has fallen apart because of the heat. He applied quick brushes strokes, an influence of Paul Cézanne, which enhances the summer’s light.

As in Seurat’s work, Matisse placed colored dots next to each other but did so in a more spontaneous, less technical way than Seurat. As a result, the light appears to be more in motion throughout the painting. Funny fact, Matisse started this cheerful work in the summer but actually finished it in his studio during the winter.

4. The Port of Collioure by André Derain

This work was also made under the sunshine of southern France. The view on the harbor transports you away to sunny summer days, filled with splashes of color.

André Derain and Henri Matisse regularly painted together and you can clearly see that they influenced each other. They used the same unmixed colors and fast brush strokes. Matisse invited Derain to come and paint in Collioure, a harbor village close to the Spanish border, because the light there is strong and the colors are bright. They painted together for two months. They maximized the use of their time by portraying the whole neighborhood. Next to different views of the harbor, Derain also depicted the mountainous surroundings near Collioure, whereas Matisse painted several street views of the village.

The collaboration between these two artists led to a new painting genre, Fauvism. An art critic came up with this term after viewing their works, which he probably didn’t like. He therefore called them “wild beasts”, in French “les fauves”. The genre only existed for a short time, after which both Matisse and Derain changed their painting styles.

5. Wheatfield with a Reaper by Vincent van Gogh

Taking place at the very end of the summer, the harvest inspired many artists throughout the ages to create idyllic country scenes. Vincent van Gogh was able to portray rural life like no other. As a Dutchman, he lost himself in the sunny south of France and that inspired him to paint many colorful works. Van Gogh was not an easy-going person and he has suffered from nervous breakdowns. As a result, he spent some time in a mental hospital.

In letters that he wrote to his brother Theo, he explains how this painting came about. From his room in the hospital he looked out onto the fields and saw the man cutting off the wheat as a metaphor for the devil. He writes:

I see him as an image of death in the sense that the humans are the corn that is being cut down… But this death is not sad, it takes place in bright light with a sun that covers everything with a light like pure gold.

The frightening image in Van Gogh’s head takes a positive turn thanks to the warm summery colors. That’s how the devil seems to be far away. Fortunately.