I Love You, Pumpkin! 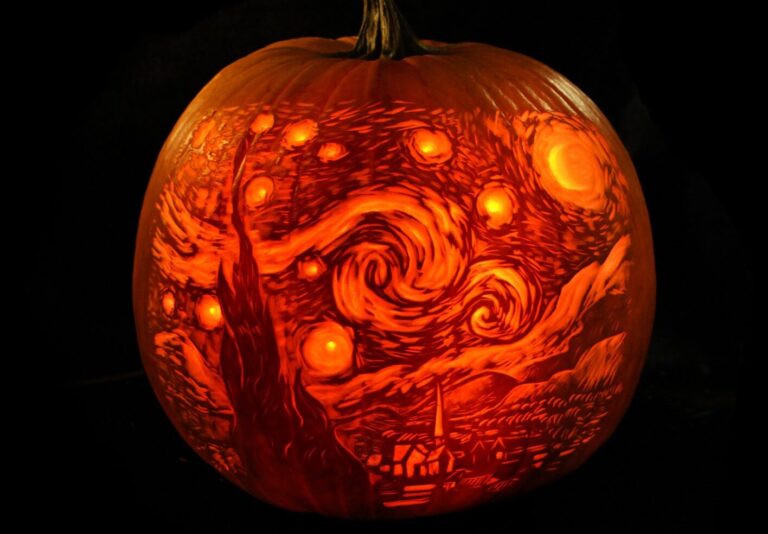 During this time of the year, the color orange rules the world (when it’s not grey skies and rain, of course). Everything from leaves to grass turns various shades of orange, and most importantly of all – the pumpkins take over. As Halloween approaches, shops are full of them. But they’re not only in shops; pumpkins have made their way into art too.

I love the word ‘pumpkin’. It has a certain bounciness to it. Try saying pumpkin quickly ten times, it will bring a smile to your face. It comes from the word pepon (πέπων), which is Greek for “large melon”. Pumpkin is also good for you, like carrot, being the source of vitamin A. We should all be carrying pumpkins proudly, like the girl below.

Pumpkin has a special texture, which clearly seems interesting to painters. The combination of tough, hard skin with supple, soft flesh challenges a painter’s skills. In the painting below, the pumpkin also provides a welcome, warm counterpoint to the cold colors of the remaining objects– creating the main tension line with the blindingly white jug.

Vincent van Gogh chose to opt for a more symmetrical composition. But with two jars and two pumpkins, it would be dull if he had decided to stick to the perfect symmetry, so he instead decided to stay closer to imperfect nature. Both jars and pumpkins retain their own distinct features.

Here, we have a bit of a more cheerful take on the pumpkin. Bodegón (Spanish for tavern or pantry) is a Spanish term for still-life paintings always set with food as if waiting for the cook to come and start their work. This genre became very popular in Spain during the first half of the 17th century.

To get us in the Halloween mood and give you some inspiration, let’s look at a few works of Maniac Pumpkin Carvers. For seven years now, they have been carving those beautiful orange fruits for the Metropolitan Museum of Art, creating their Artists Series. Below, you can see a few examples. Look at how inspiring a fruit it can be!

The tradition of jack-o’-lantern is associated with the story of Stingy Jack, who managed to trick the devil, but in the process also tricked himself. Jack was one of the few characters (Faust, Pan Twardowski) that managed to trick the devil. It makes one question the devil’s level of intelligence when we read those stories, but then the tricksters are usually also punished in the process, sacrificing more than they bargained for.