I’m sure we’ve all been told not to play with our food as we hide unappetising peas under a sticky lump of mashed potato. And most parents have agonised over a treacherous mountain of sponge and butter icing as they attempt to recreate their child’s favourite TV character for a birthday party cake. Any art students out there struggled to recreate a lumpy pear or a rosy apple in a still life class? In those moments, we might not agree that food is art!

But think again. As food has, of course, played a role in art for millennia. We need to look no further than Zuzanna's article about Guiseppe Arcimboldo, whose whimsical portraits featured fruits, vegetables and flowers. Think also of the gorgeous Dutch golden age still life, where dewy fruits and feathered carcasses or exotic seafood sit piled on glowing platters, exhibiting the wealth and status of their owner. [caption id="attachment_15096" align="aligncenter" width="599"] 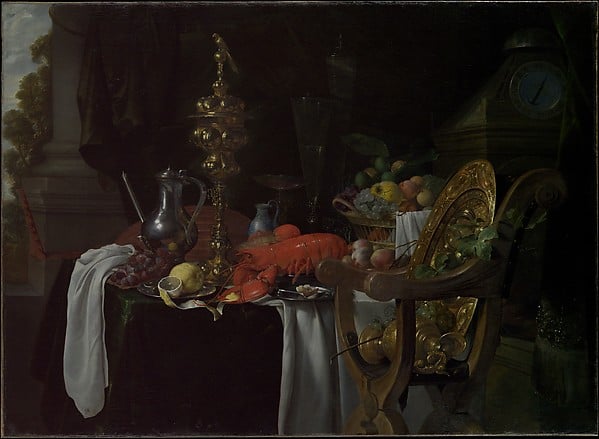 Jan Davidsz. de Heem, A Banqueting Scene, ca. 1640-41, Metropolitan Museum of Art[/caption] The Post-Impressionists were partial to a bit of fruitarian daubing – think of the chunky renderings of oranges by Cezanne, full of lively, vivid, colourful brushstrokes – you can almost smell the zest! [caption id="attachment_583" align="aligncenter" width="620"] 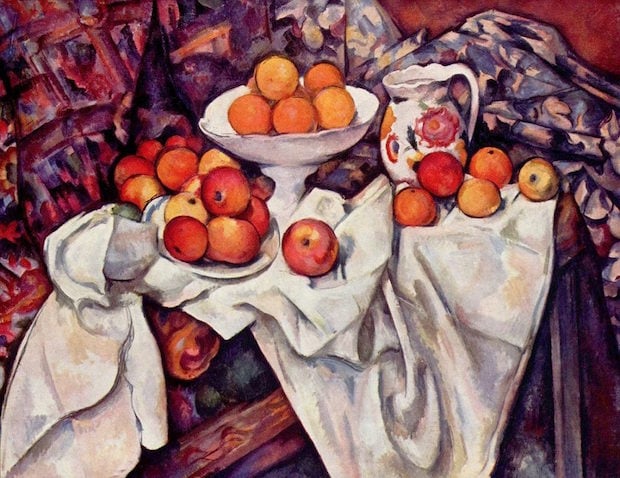 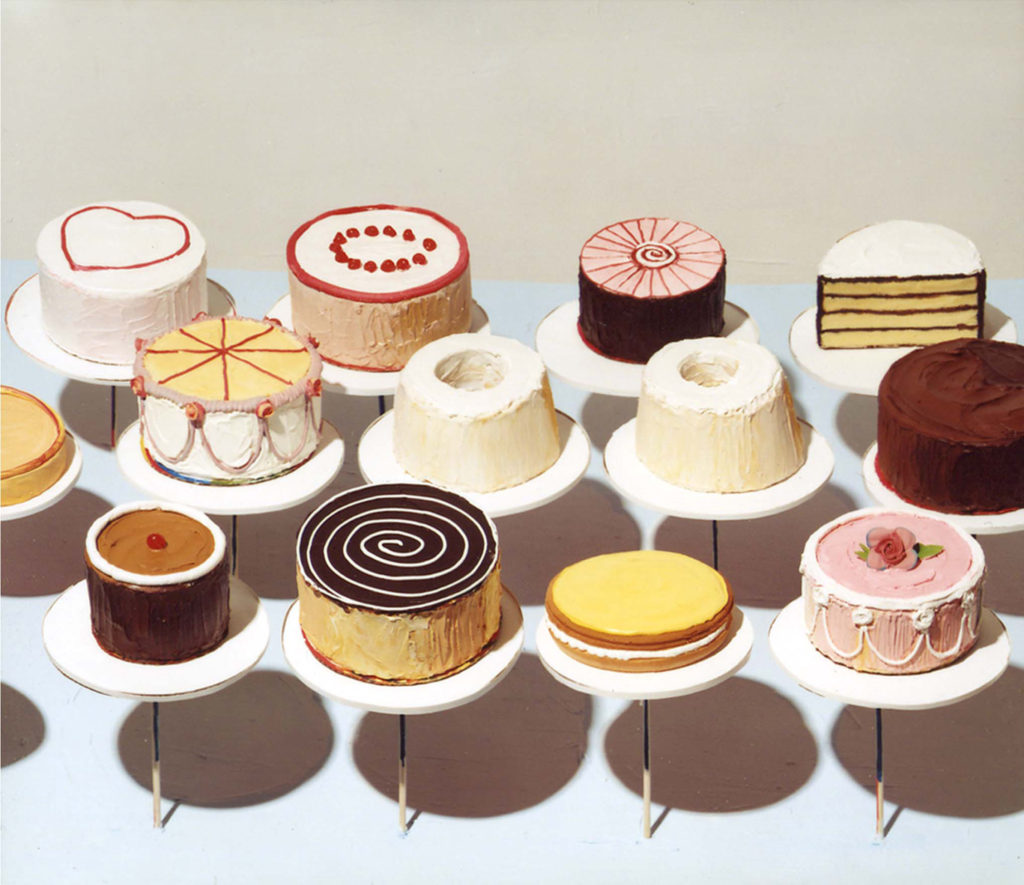 Wayne Thiebaud, Assorted Cakes And Tarts, 1969, © Wayne Thiebaud / Licensed by VAGA, New York, NY[/caption] But all of this is representation. What about the food itself being the material? As you sleepily spread luscious buttercup yellow butter onto your toast in the morning, reflect on the fact that the Buddhist practice of carving mandalas and deities from brightly tinted yak butter began way back in the fifteenth century. [caption id="attachment_15954" align="aligncenter" width="1000"]

Ogyen Trinley Dorje, Karmapa Lama, 17th, Torma Buddhist butter sculpture, Rubin Museum of Art, New York[/caption] Butter sculptures were commonplace on the banquet tables of the Rennaissance era. And they have been a fixture of American state fairs for decades. American sculptor Caroline Brooks used to say that butter has a ‘richness beyond alabaster’. She preferred it to clay, which dried and cracked more easily. Butter does have one significant drawback as an artistic medium, however - it must be kept cold. In 1878, Brooks had planned to travel from New York to Paris with a butter sculpture for display in the International Exhibition. She waited in vain for a ship carrying enough ice to preserve her artfully carved statue containing 110lbs of butter and arrived in France too late to join the exhibition. [caption id="attachment_15955" align="aligncenter" width="1000"]

Caroline Brooks, Dreaming Iolanthe, 1876, Centennial Exhibition, butter sculpture[/caption] Staying in the dairy (you can tell I come from a farming region), Swiss-German artist Dieter Roth made a piece called ‘Staple Cheese (A Race)’. The title is a pun on ‘steeplechase’ horse racing. In 1970 in a Los Angeles gallery, he filled 37 suitcases with cheese and pressed other cheeses onto the walls. The idea was that they would drip, or ‘race’, toward the floor. A few days after the exhibition opened it started to stink. The gallery was overrun with maggots and flies, and public health inspectors threatened to close it down. The artist declared that the insects were, in fact, his ‘true’ audience and collected some of the dead flies which he kept in a jar. Roth used many kinds of organic, non-traditonal materials in his works. This 'chocolate' bunny is definitely not edible, however, made out of straw and rabbit poo. [caption id="attachment_15956" align="aligncenter" width="1000"] 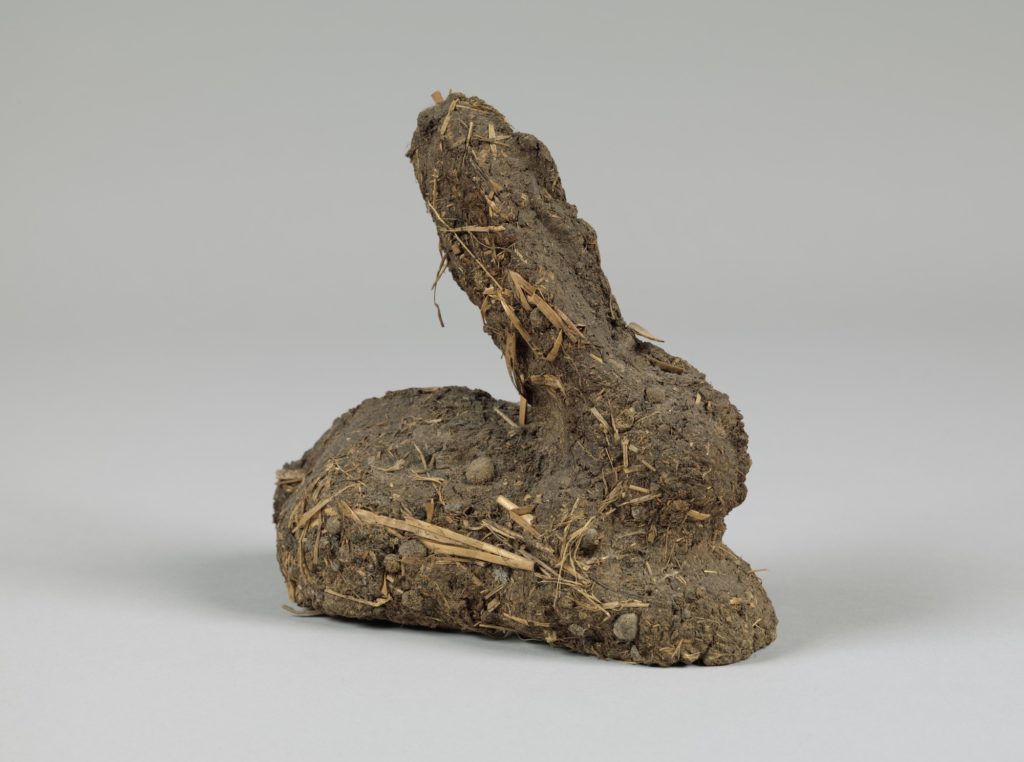 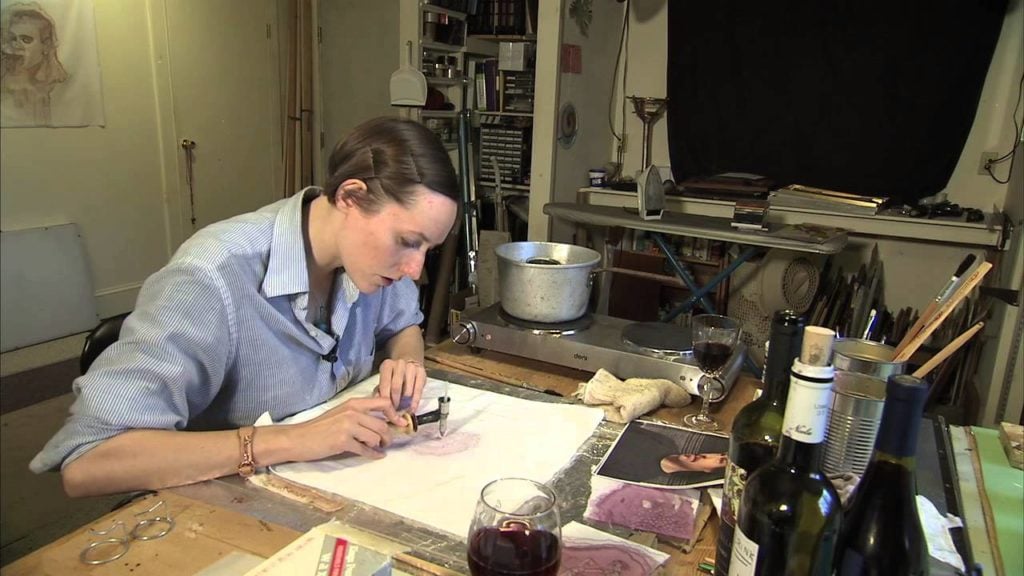 Amelia Fais Harnas at work in her studio, Youtube[/caption] On a more sober note, Karl Genzel was a schizophrenic outsider artist who claimed to be Jesus Christ. His first artistic expressions were in 1912 when he began modelling obscene figures out of chewed bread. Sadly none of them survived. These ‘kopfflusslers’ incensed the leaders of Nazi Germany, who compiled lists of ‘degenerate’ art which they sought to destroy. And finally, a little seasoning spices up any meal. So here is an image from the Polish salt mines of Wieliczka, near Krakow. These reliefs, held in a cavernous underground salt mine, are carved entirely out of rock salt. And yes, I did lick the walls. [caption id="attachment_15962" align="aligncenter" width="1000"] 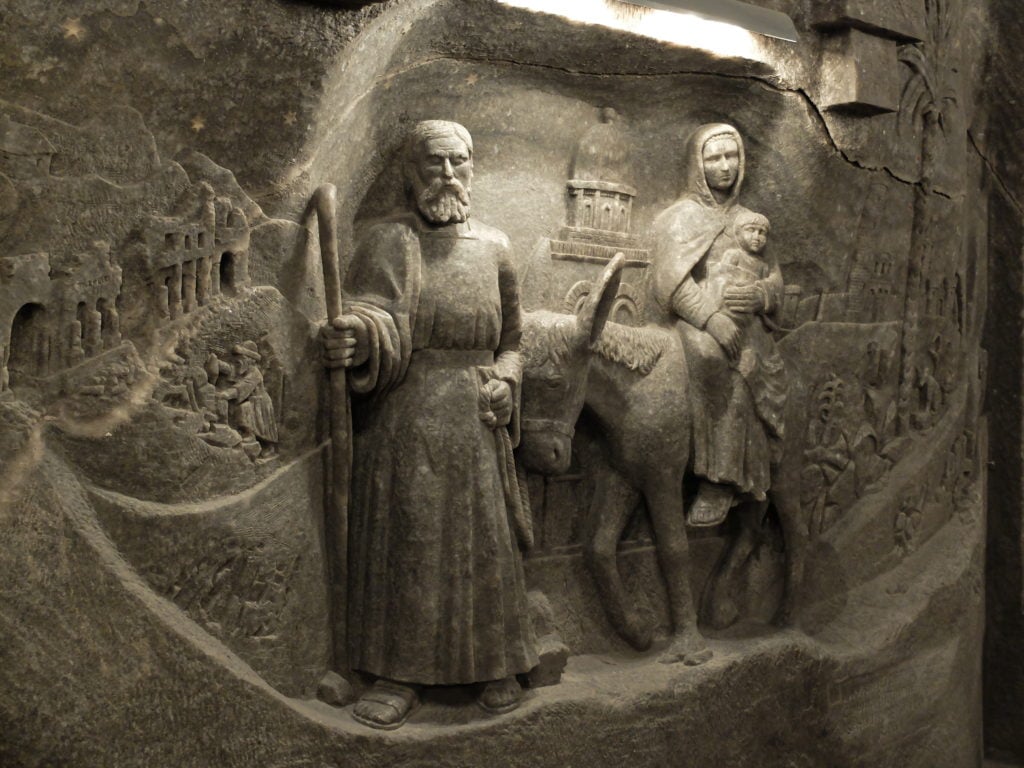 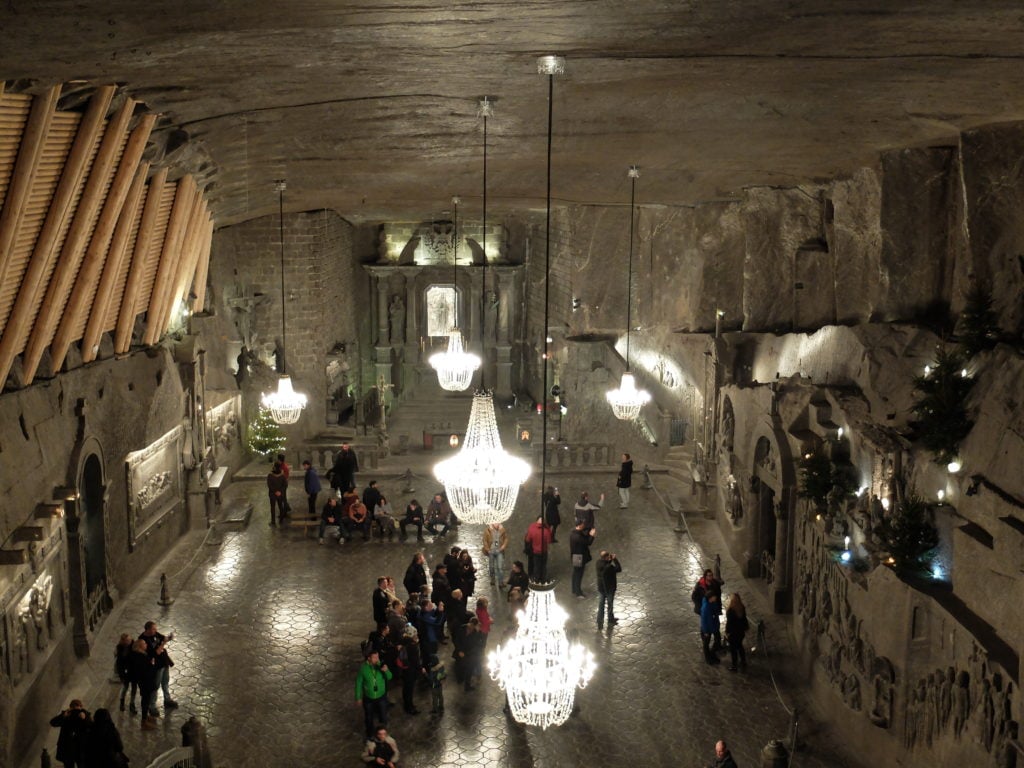