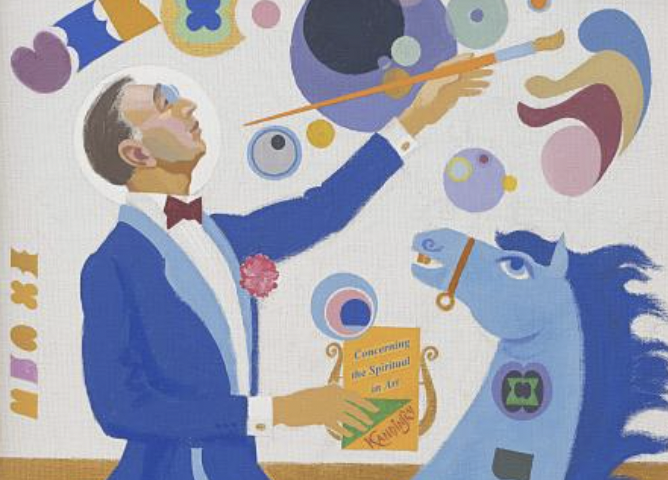 Florian Yuriev was born in Kirensk, a town in the Irkutsk region of Russia. His mother came from the Indigenous people of Evensk; his father was in exile from modern-day Ukraine to Siberia.

Yuriev started studying art at the Irkutsk Art College, where he focused both on music and painting. Afterward, he attended the Kyiv State Art Institute: first at the Faculty of Architecture, then he transferred to the Department of Graphic Arts. The main focus of his art was the synthesis of painting, music, and writing. This brings to mind the idea of Gesamtkunstwerk, which in German means a “total work of art,” and was popularized by Richard Wagner in the 19th century. Let’s see what it meant for Yuriev.

Color Requiem is a geometrical composition focused on shape and color. The painting is inspired by musical notes, but instead of traditional shapes, Yuriev used oval forms. In this way, he created his very own musical scale based on bright shades contrasting with the black background. A requiem is a musical composition connected with the remembrance of someone who passed away, so it’s a very interesting choice to use very bold colors for an artwork connected to this subject.

This Portrait-Modus is of Kazimir Malevich, a Ukrainian-born avant-garde artist. He is well-known for the creation of Suprematism: an art movement focused on geometrical painting in a limited color palette, mainly red, white, and black.

This portrait is constructed from well-known artworks by Malevich himself: the background is inspired by his Self-Portrait. However, instead of the face of the artist, we see the Black Square. Yuriev probably used it because this painting was the most recognizable piece of art of the Suprematist artist. Additionally, the portraitist added a necklace made out of squares, emphasizing the importance of geometrical shapes in his art. 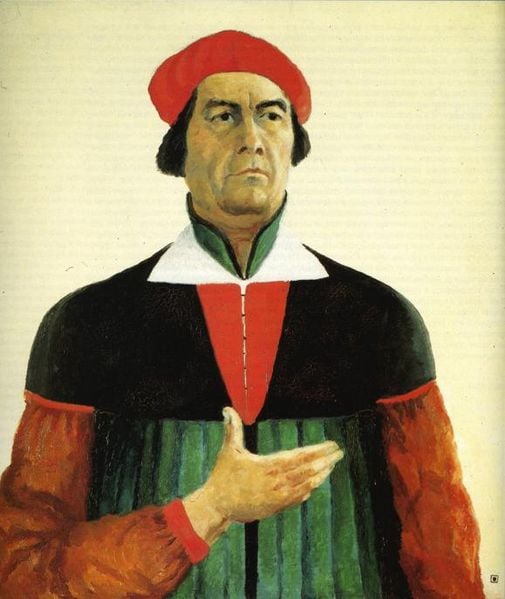 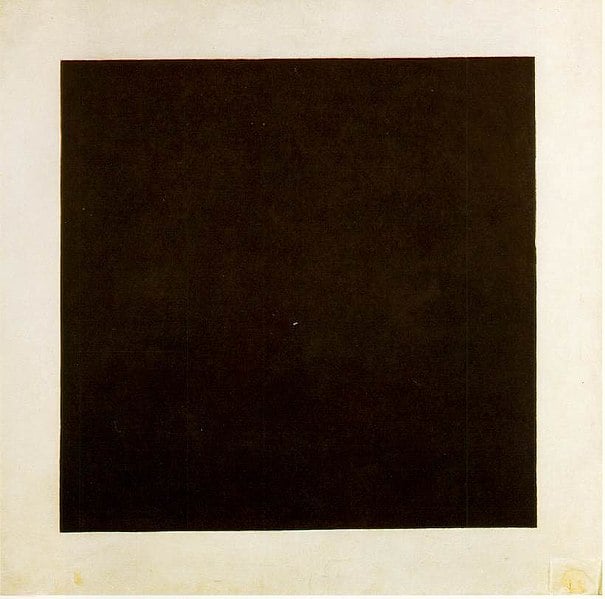 The artist presented himself in a fancy dress in the colors of Suprematist painting.

One of the most well-known paintings of the 20th century avant-garde. Exhibited for the first time in the corner of the room, where one would normally find an icon in a house. The Black Square became the new icon of the modern times.

The second Portrait-Modus we will look at is of Wassily Kandinsky, one of the pioneers of abstract art. Kandinsky, like Yuriev, was focused on the relationship between color and sound. Here, he is portrayed on a blue horse, which is an allusion to an artistic group he was a member of – Der Blaue Reiter (“The Blue Rider” in German). Der Blaue Reiter brought together Expressionist painters, such as Franz Marc, August Macke, and Gabriele Münter.

Kandinsky is surrounded by geometrical shapes in pastel shades, which are an allusion to his own works. In his hand, we can see his own book: Concerning the Spiritual in Art.

Of course, Yuriev couldn’t have missed painting Paul Klee; the colleague and friend of Kandinsky, and another painter who wanted to emphasize the importance of fine art and music. That is why he is holding a guitar and a small harp made out of paintbrushes. In the background, we see the canvas by Klee himself: Parc near Lu. The name of the artist is written inside pastel-colored squares.

These are not the only creative portraits by Florian Yuriev. I highly encourage you to go have a look here at all of them, and try to decipher which famous artworks of the sitters he represented.

Fedir Krychevsky lovingly recorded the culture of his homeland and was one of the most influential Modernist Ukrainian painters.

Mykola Pymonenko (1862-1912) was a Ukrainian Realist painter. He spent almost his entire life in Kyiv and dedicated his career to painting genre...

Every once in a while there appears a piece of news describing a quirky, unknown, or forgotten occupation. Sometimes it’s the lightkeepers in a...