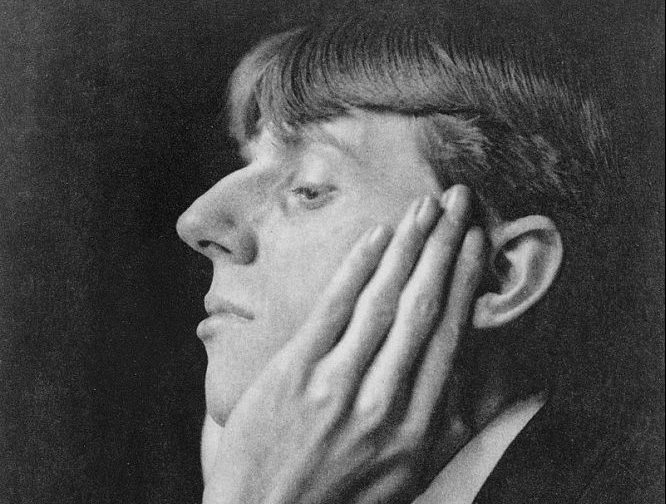 Painting of the Week: Félix Vallotton, The Lie

The incredible exhibition, Aubrey Beardsley – Inking the 1890s, nearly 100 years old and in exceptional condition, is on display and for sale in Shapero Rare Books on New Bond Street in London, UK. One highlight of the collection is Beardsley’s magnum opus, the illustrations for Sir Thomas Malory’s Le Morte D’Arthur, a rare edition of the Arthurian legends featuring epic and beautiful works. Also part of the exhibition is an extremely rare illustrated first edition of Oscar Wilde’s Salome, in which Wilde himself makes several cameos among the illustrations.

To gain greater insight into Aubrey Beardsley and the exhibition Inking the 1890s, I interviewed Roddy Newlands, an expert on Beardsley who works in the literature department of Shapero Rare Books, where he focuses on Modern First Editions and Children’s Books.

How did the bookshop acquire these beautiful illustrations?

They actually came through private sources. Bernard Shapero, the owner and director of Shapero Rare Books, acquired them directly from two particular collectors. They were from Rainforth Armitage Walker, who was an avid collector of Beardsley’s work in the early 20th century. With his health deteriorating in the 1950s, he passed his collection onto friend and collector W. G. Good, who then expanded the collection.

What has made the bookshop want to exhibit these works?

First and foremost, they are currently the most comprehensive works of Beardsley’s in print. With the hype around Beardsley that was created from Tate Britain’s 2020 exhibition of his works, we thought it was the perfect moment in which to exhibit them. Furthermore, the last time there was such an extensive exhibition of his works before Tate Britain was in 1966 at the V&A museum. There seems to be a turnaround of his works becoming popularised again every 50 years or so.

What is it about Aubrey Beardsley’s work that you, personally, find most interesting?

My interest in Beardsley primarily lies in his artistic technique. His use of black and white through his pen and ink drawings are completely separate from the artistic movements of the later period of the 19th century. Also, I love how we can see his technique evolving as he experiments with different types of artistic techniques, such as the implementation of cross hatching and subtle dots. I really enjoy his linear grotesque series, too.

Which are your personal favorite illustrations out of the collection on display in the exhibition, and why?

If I had to choose, I’d go with the Key Notes series by John Lane from the 1890s, for me, it just really captured the fin de siècle spirit that Beardsley does so well.

What do you think the modern art enthusiast/reader can learn from his work?

That’s a really good question, actually. I’d have to go with attention to detail and draughtsmanship. Beardsley took his time with every single piece, paying attention to detail and focusing on encoding subtle elements in his works. He also included elements of visual decadence and the people he knew. In my opinion, this is a form of illustration that keeps on giving.

To visit the exhibition in person, head to Shapero Rare Books on New Bond Street, London. Aubrey Beardsley – Inking the 1890s is on display until June 10. Be sure to go see it while you can!

Have you ever been to the Museo Egizio in Turin, in northern Italy? Located in the old town, this institution brings together more than 300,000...