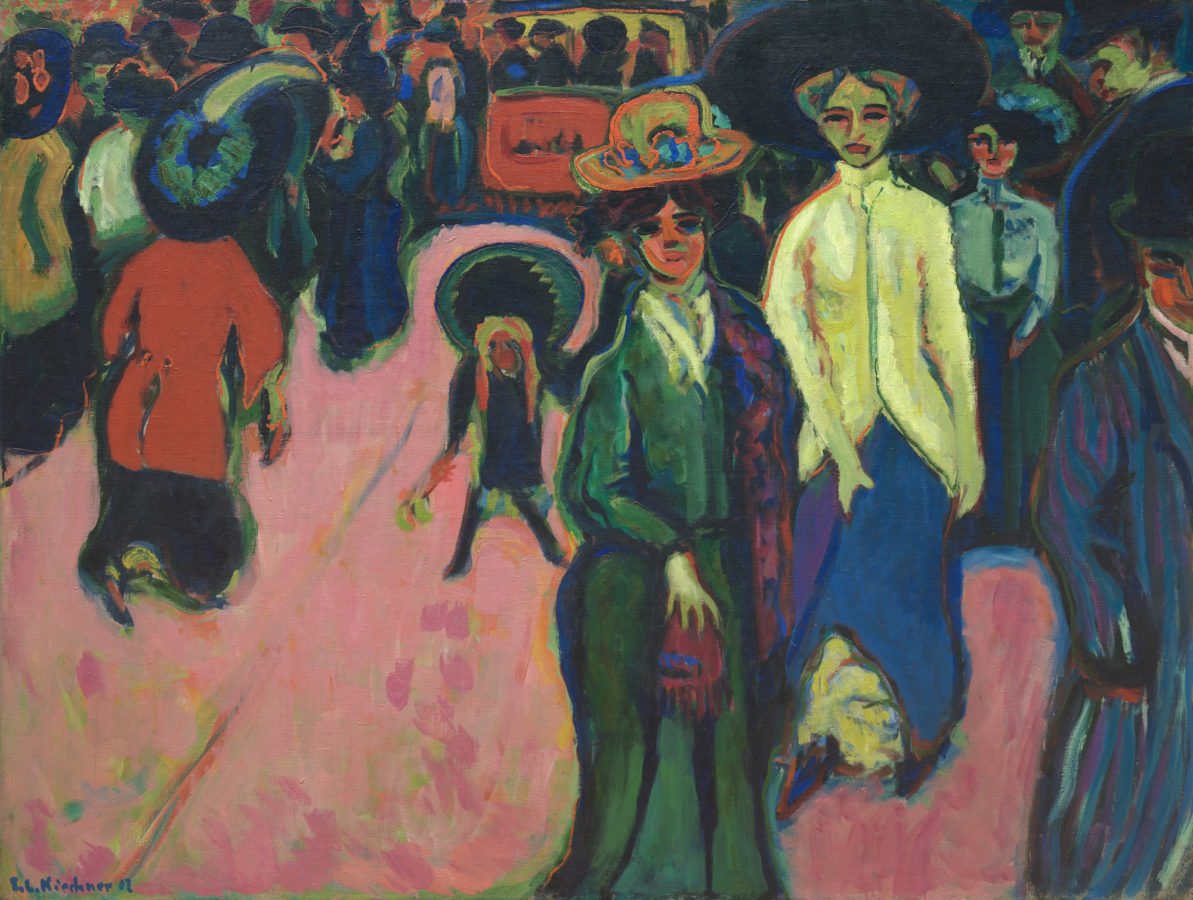 The swirling crowds and electric lights of the modern city. This is the subject of today’s painting of the week, created by one of the greatest German Expressionists, Ernst Ludwig Kirchner. Kirchner was a member of the group of artists Die Brücke. Dresden’s fashionable Königstrasse was a frequent subject of their works. 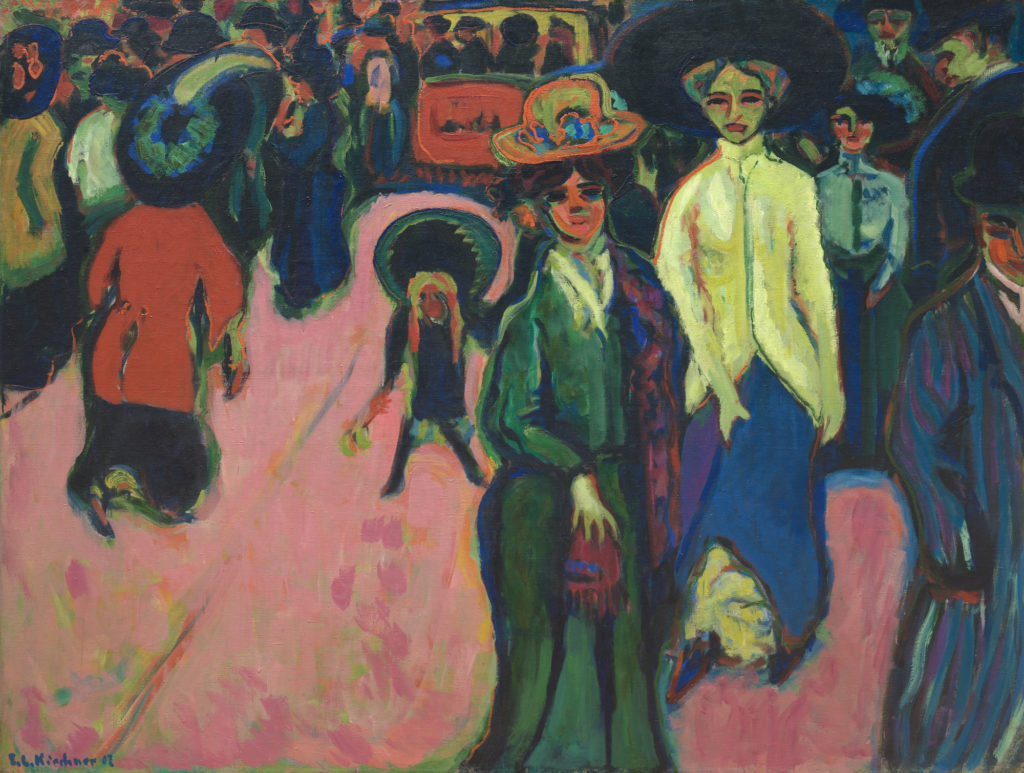 The group sought an authenticity of expression that its members felt had been lost with the innovations of modern life. The artists were influenced by the Fauves and by the Norwegian painter Edvard Munch (look at the forms!) and they explored the expressive possibilities of color, form, and composition in creating images of contemporary life.

Everyone is alienated here – the figures have masklike faces and vacant eyes. The street is crowded and it radiates tension. The colors used in the painting were influenced by the French Fauve artists. This is a busy day, with bourgeois women shopping. There’s a pink street, which invites you in a very welcoming way. There are two women at the right – probably prostitutes. One is clutching her purse, the other her skirt. The whole composition is very claustrophobic. Still, dark clouds are already forming on the horizon, casting long shadows over the future.

If you find any joy and inspiration in our stories, PLEASE SUPPORT
DailyArt Magazine with modest donation. We love art history and we want to keep going with writing about it.
$5 $10 $25 $50 $100 MONTHLY
Related Topics:featured, kirchner