Artemisia Gentileschi: The Rape Survivor And Her Revenge 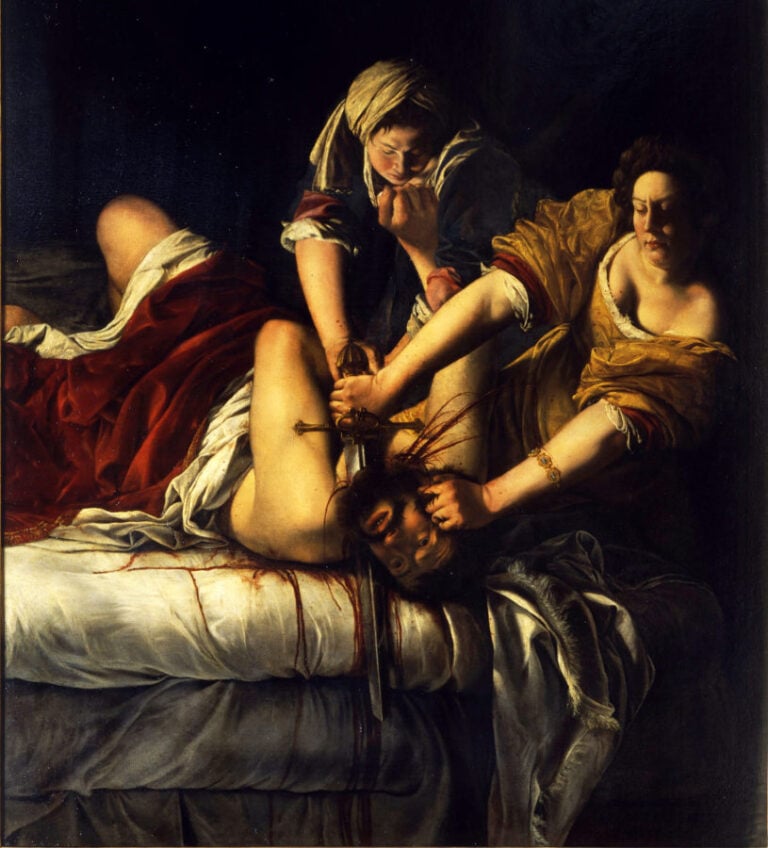 Artemisia Gentileschi was one of the best Italian Baroque painters. This strong woman painted plenty of paintings of strong and suffering women from both mythology and the Bible. Considered to be a genius and at the same time a curiosity, as being a painter was a profession available only for men, she also survived a horrible story. Raped by her mentor Agostino Tassi when she was 18 years old, Artemisia was thrust into the middle of a celebrated rape case which received considerable publicity and ruined her reputation. Tassi was convicted but released by the judge who also ordered Artemisia to be tortured as a means of proving her honesty. Since the trial Artemisia started to paint all those scenes of courageous women. Here you will find some of them:

Susanna and the Elders 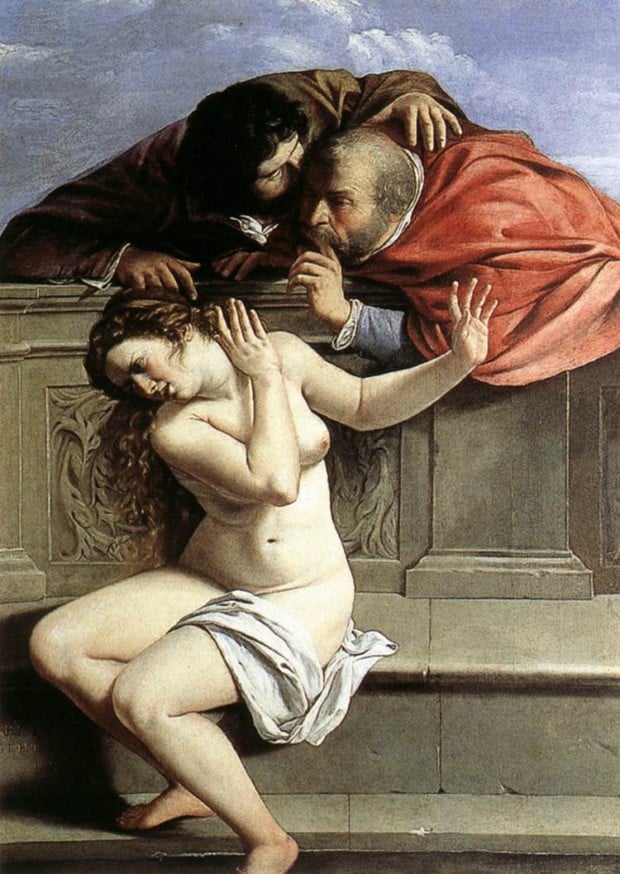 Artemisia Gentileschi, Susanna and the Elders, 1610, Schönborn Collection, Pommersfelden[/caption] This is the first painting by Artemisia painted before the rape. It is also one of the few paintings on the theme of Susanna showing the sexual accosting by the two Elders as a traumatic event. 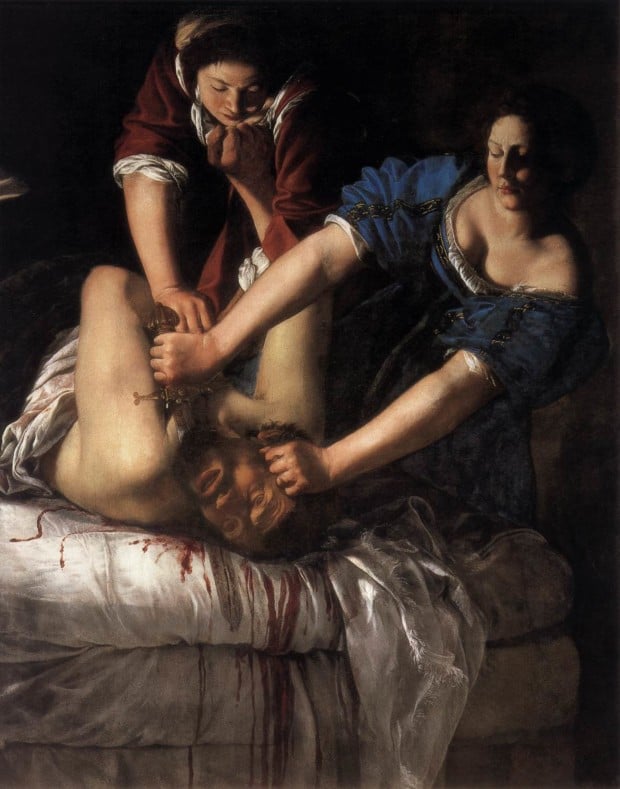 Artemisia Gentileschi, Judith Beheading Holofernes, 1611-1612, Museo di Capodimonte, Naples[/caption] This painting, Judith beheading Holofernes is striking for the violence portrayed. Although the painting depicts a classic scene from the Bible, Gentileschi drew herself as Judith and Agostino Tassi, who was tried in court for her rape, as Holofernes. A month after painting this piece, Artemisia's father Orazio arranged for his daughter to marry Pierantonio Stiattesi, a modest artist from Florence. Shortly afterward the couple moved to Florence. She became a successful court painter, enjoying the patronage of the Medici family and Charles I.

Judith and her Maidservant 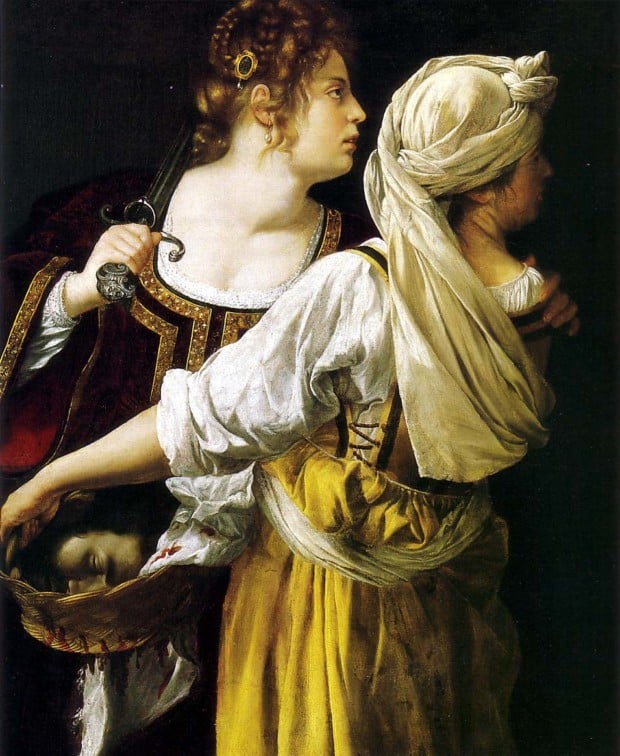 Artemisia Gentileschi, Judith and her Maidservant, 1613–14, Palazzo Pitti, Florence[/caption] Here Judith and her maid Abra have just killed Holofernes and are preparing to decamp with his head. Many male artists have depicted Judith as standing triumphant with Holofernes' head, but Artemisia chooses to capture the danger and risk. 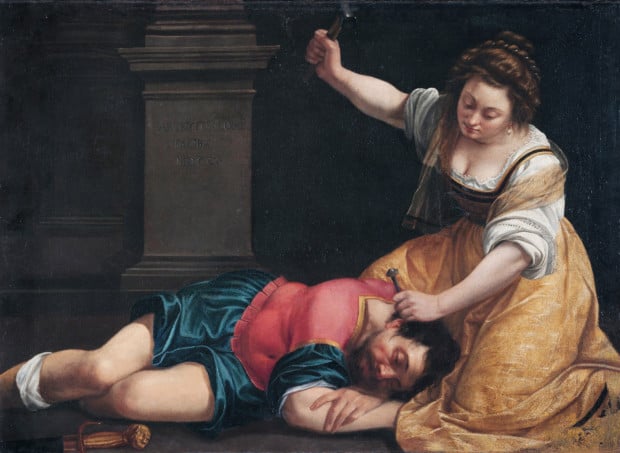 Artemisia Gentileschi, Jael and Sisera, 1620, Szepmuveszeti Museum, Budapest[/caption] Artemisia also chose another biblical story in which a woman is slaying an aggressor. Sisera was a cruel Canaanite warrior who ruled the Israelites for twenty years. An Israelite Barak defeated his nine hundred charioteers by a surprise attack. Sisera escaped and sought refuge in the tent of Jael, wife of Heber the Kenite. She gave the terrified Canaanite sanctuary. When he fell asleep, she drove a tent peg into his brain. The act fulfilled the prediction of Debora, a prophetess and Israeli leader, who had foreseen that a woman would slay Sisera.

Self-portrait as the Allegory of Painting (La Pittura) 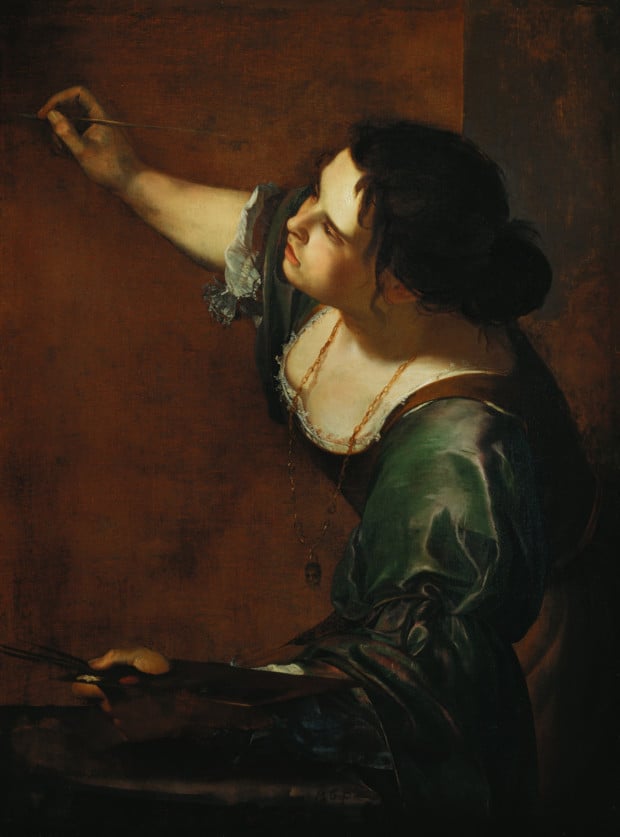 Artemisia Gentileschi, Self-Portrait as the Allegory of Painting, 1630s , Royal Collection, Windsor[/caption] The painting demonstrates a rare feminist theme from a time when women seldom held jobs, let alone were well known for them. Gentileschi’s portrayal of herself as the epitome of the arts was a bold statement to make back then. Though the painting is today overshadowed by many of Gentileschi’s other, more dramatic and raw scenes reflecting the artist’s troubling younger years, this Self-Portrait was very controversial in its time.
Find out more: