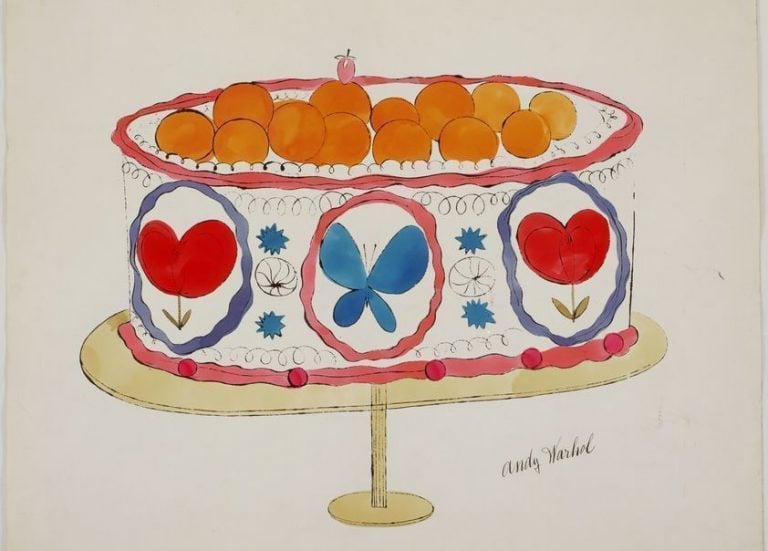 Andy Warhol would have turned 94 today and would probably have thrown a giant party since his Factory attracted socialites, drag queens, actors, musicians, and geniuses. They made art, love and… tons of parties. Nowadays, many organize parties with “Pop Art” or “Andy Warhol” themes but, to be honest, in order to make a real Andy Warhol birthday party you would need this:

Andy Warhol began working on this series in 1977 with his assistant Rupert Jasen Smith. He reinvented this old genre of still life with his colorful silkscreens: each color is a different layer of the print. The printing process allowed him to create endless and unique color combinations which in turn gave life to completely new and otherworldly kinds of fruit.

Warhol exhibited his series of paintings of soup cans in MoMA. Each of the works stood on a shelf, like cans in a supermarket. There were 32 different paintings, which was equivalent to the number of varieties of soups sold by Campbell’s in 1962. Warhol admitted that he had been eating the chicken soup all year long. Yummy.

A Coke is a Coke, and no amount of money can get you a better Coke than the one the bum on the corner is drinking.

Look carefully at this print, although the bottles are positioned in regular rows which remind us of their mechanical and uniformed nature, they are a little askew. This disturbs the regularity and makes them look individualized and hand-made, contrary to their mass production. Oh, Warhol and his irony, we never know if he criticizes mass consumption, glorifies it, or just jokes about it.

Warhol starred in a short episode in Jørgen Leth’s film 66 Scenes from America, in which he ate a Burger King hamburger with Heinz Ketchup. When he finished, he said: “My name is Andy Warhol and I just finished eating a hamburger.” Leth described this scene as “the artistic essence of Andy Warhol, in all its simplicity.”

After 2D works, Warhol moved on to installation work. He picked a few popular brands – Heinz Ketchup, Kellogg’s Corn Flakes, Mott’s Apple Juice, Del Monte Peaches, and Brillo soap pads – and made them virtually indistinguishable from original plywood boxes. He exhibited them in the Stable Gallery and invited collectors to buy them stack by stack. Well, they didn’t sell well, but caused quite a lot of controversy. Nothing unusual, though.