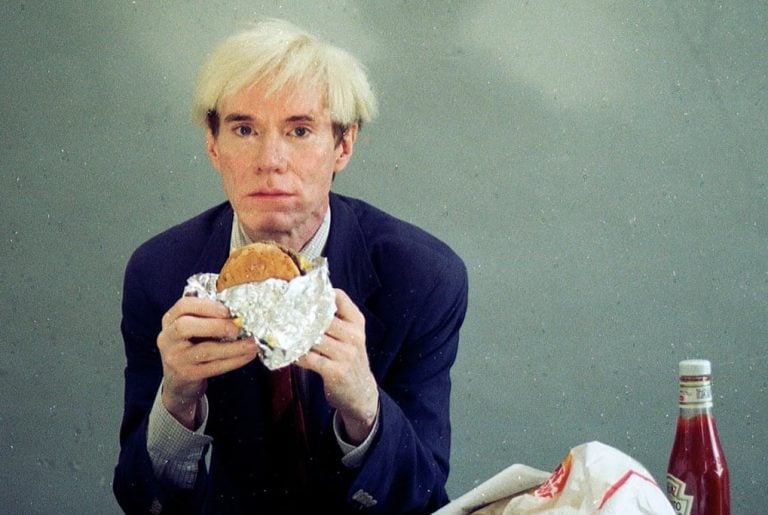 Watch Kandinsky Drawing on a Rare Footage from 1926

The film Andy Warhol Eating a Hamburger was created by Danish filmmaker Jorgen Leth, appearing in his art movie 66 Scenes from America which was filmed in 1981. Leth did not know Andy Warhol personally but was obsessed with his art and he definitely wanted to feature him in his movie. The director was told to forget about it and that he would never make it happen – but he did! Read the story how Leth managed to achieve his goal.

Leth was stubborn, so when he came to New York to shoot the movie he simply went to the Factory, the building Warhol rented as a studio. Despite all other claims he simply managed to get to Warhol’s studio where he approached him.

Jorgen Leth invited Warhol to a photo studio in New York at 14th street and 5th Avenue that belonged to a friend of his. He was afraid that Warhol would not come to record the scene, but to his surprise the artist arrived at the studio (of course along with his personal bodyguards). Leth had his assistant buy some burgers, directly advising him to buy some in somewhat neutral packaging as Leth was afraid that Warhol might reject certain brands.

Upon the food’s arrival, Warhol noticed the selection of burgers provided by Leth’s assistants. He asked about burgers from McDonald’s to which Leth, slightly in panic, offered to send his assistants to the fast food chain. Warhol declined and agreed to consume the Burger King burger instead.

Directing the video was pretty simple. Leth asked Warhol to eat the Whopper burger with some Heinz ketchup and afterwards the artists says to the camera “My name is Andy Warhol and I just finished eating a hamburger…”

Why a hamburger? As an immigrant, Warhol admired the idea that in America the same food and drinks are consumed by people regardless of their status – the president drinks the same Coke as him. The clash of cultures deeply influenced the subject matter of his art. A burger might as well appear as a tribute to the idea of American life.