The True Story Of American Gothic According to SNL 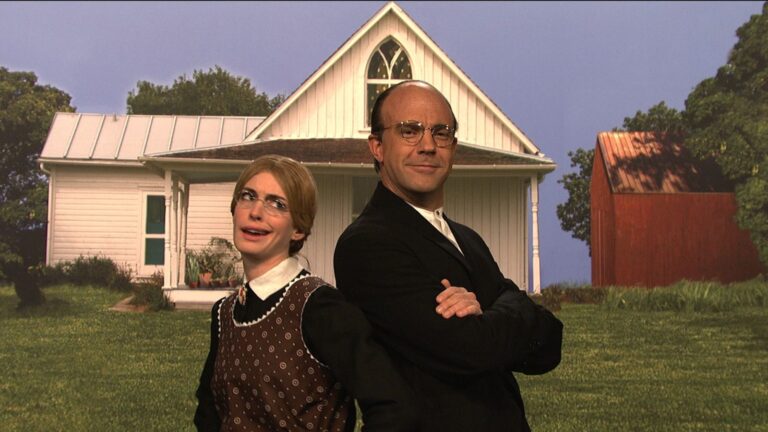 If you ever wondered how famous paintings were created, how exactly looked the process of creation, setting up the sitters, choosing their poses... Here is the hilarious story behind the creation of the American Gothic which shows it wasn't as organic as you may think. According to Saturday Night Live, at least: The 1930 painting hangs is on display at the Art Institute of Chicago. Wood had his sister Nan and their dentist pose for the painting, which represented a farmer and his unmarried daughter. The couple looks quite grim in the painting. But as we see in this skit, there is a very good reason for their grumpiness - and if the models had their way it would have been a different painting altogether. And this is the photo of the real models who were used in American Gothic standing by the painting. 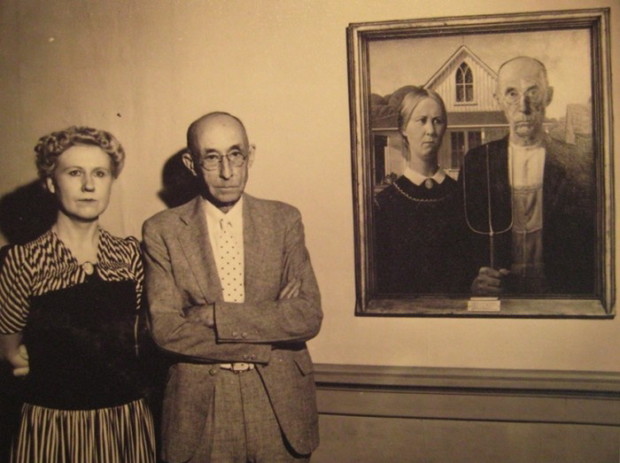