Tina Modotti. A Woman of Her Time 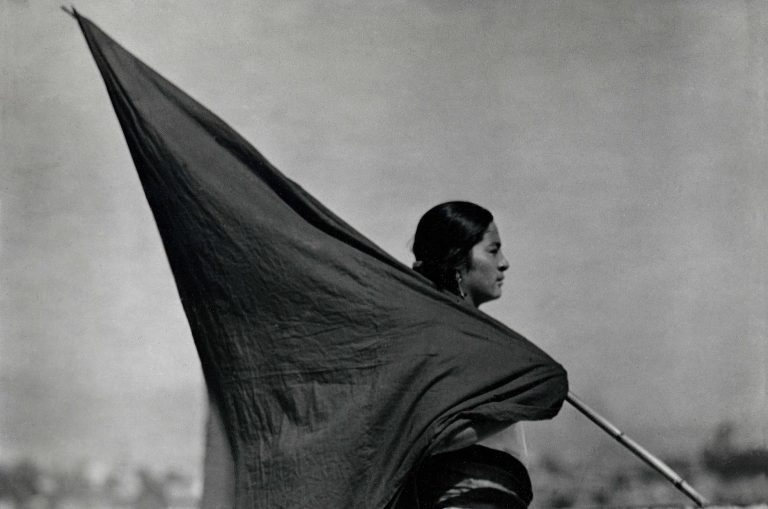 Tina Modotti was a photographer whose path parallels the great moments of 20th-century history. Her way of making art is a testimony to the world around her and her eye on it.

Emigration to the States

Modotti was born in 1896 in Italy to a working class family. In the 1910s, at the age of 16, she emigrated to the United States as part of the big European emigration wave of this time. Once in California, she was noticed for her beauty and became an actress. It was the beginning of Hollywood.

The Birth of an Artist in Mexico

In the 1920s, she went to Mexico to supervise her husband’s exhibition. On her way there, she learned about her husband’s sudden death caused by smallpox. Despite that, Modotti stayed and fell in love with the country and its social and cultural ferment. Indeed, 1920s Mexico just got out of a political revolution and had begun a cultural one.

While in Mexico, Tina Modotti lived with her lover, the photographer Edward Weston and the agent of her initiation to photography. At first, she was his model, but she quickly moved behind the camera and learned to use it.

Mexico was her muse and Modotti spent eight years there taking photographs of her surroundings. Her work is marked by the social injustices she encountered. She took pictures of the ones nobody sees, the ones left out. These pictures are filled with a great respect. Through them, we feel her reverence for the country and its people.

Social Issues and the Communist Party

In the 1920s, Mexico was in the middle of the Agrarian Reform. Tina Modotti took a lot of pictures of Mexican people, highlighting the injustices they suffered. In the following picture, workers are reading a communist newspaper El Machete, where there’s a headline that reads, All the land, not little pieces of land.

In 1927, she joined the Mexican communist party, becoming dedicated to the communist cause. One of her pictures was used to illustrate the communist newspaper New Masses.

Once in the party, she met the famous Mexican Muralists. They were fully engaged in the Mexican Renaissance through their art. Accessible to all, it glorifies the revolution. Modotti became close with the Kahlo-Rivera couple: she was Frida Kahlo‘s lover and Diego Rivera‘s official photographer.

However, she thought her work as an artist was not useful enough, so she stopped it to devote herself to a political cause. In 1930, she traveled to the USSR, the motherland of communism, where she worked for the International Red Aid. A few years later, she fought against fascism in Spain during its civil war (1936-1939).

Finally, she went back to her adopted country, Mexico, where she died in 1942 under suspicious circumstances. Upon her death, Pablo Neruda wrote a beautiful and poignant poem in her honor: