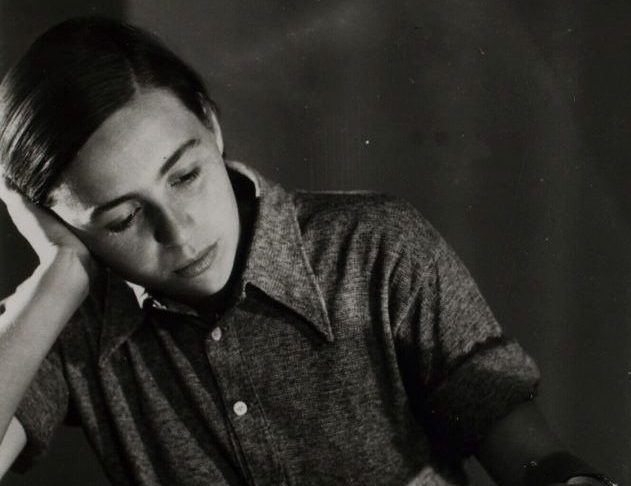 Kati Horna (1912-2000) photographed both the real world and the surreal. She was a modern photographer who used her camera to document a civil war and to escape to whimsical places. Hungarian-born, Mexican by choice, Horna was always involved with the avant-garde throughout her life.

In Berlin, in her early 20s, she was part of a circle of artists that included writer Bertolt Brecht and László Moholy-Nagy, a professor of the Bauhaus.

Back to her native Budapest, she took an apprenticeship with photographer József Pecsi, who taught her techniques and had a profound influence on her political ideas. She was a convicted anarchist and worked for many leftist groups.

During her time in Budapest, Horna studied side by side with Robert Capa, who was a friend from her teenage years. The friendship was only interrupted only by Capa’s death in 1954. They supported each other’s work and shared the same leftist political values. In 1933, the two friends decided to go to Paris.

In Paris, Kati Horna took inspiration from the French flâneurs and started to capture everyday life in the city – the cafes and their customers, streets, and neighborhoods. There was a particular place that became a great source of interesting phots: the flea markets.

She would drive her lens to objects left behind or that didn’t quite fit displays, creating dreamy, surrealist scenes. From this time onward, doll parts, masks, and mannequins started to come up in many photos.

Commissioned by the Popular Front (leftists Republicans) and the National Confederation of Labour to cover the Spanish Civil War in 1937, Kati Horna decided to find out how people carried on living their lives with a war happening on the other side of town.

She followed a different approach and registered the people who were facing the devastating effects of war, instead of only photographing soldiers in action. That is to say, she photographed the women, children, and workers. In exercising this distinct view, Horna brought people closer to the situation and at the same time humanized the ones who were left struggling to make ends meet. The photos highlight women’s participation in building the new republic and looking after the next generation of citizens.

In the meantime, she contributed to politically engaged magazines such as Umbral and Mujeres Libres.

Mexico and the Surrealist Friends

In 1939 Kati Horna arrived in Mexico with her husband José Horna, seeking refuge from World War II. She would never return to Europe. In the new country, she found a home, friends, inspiration, and peace.

There, she contributed to a number of publications (S.nob, Mujer de Hoy, Mujeres: Expresión Femenina, Todo, Mapa) and created a substantial part of her conceptual works.

Some of the most famous of these are the photos Horna created for S.nob, exploring the subject of sexuality with her usual touch of Sutil Surrealism like Fetiches and Ode to Necrophilia, both from 1962.

The photographer captured other artists who fled to Mexico too, which ended up becoming a big family. Remedios Varo, Leonora Carrington, Tina Modotti (the Surrealist friends) were all part of a thriving community of avant-garde artists that made Mexico one of the most exciting places to be in the 1940s.

She died in the year 2000, leaving a legacy of artworks presenting the world with humanist eyes. Because Kati Horna experienced persecution for being Jewish and fled to many cities (Berlin, Barcelona, Paris), she turned her camera to those like herself, who were doing what all of us do every day: living.

Start The Summer With Salvador Dalí

Summer is officially on! If you're still looking for a beach where to show your artsy bikini, or a Picasso-like beach body, maybe you'll be tempted...