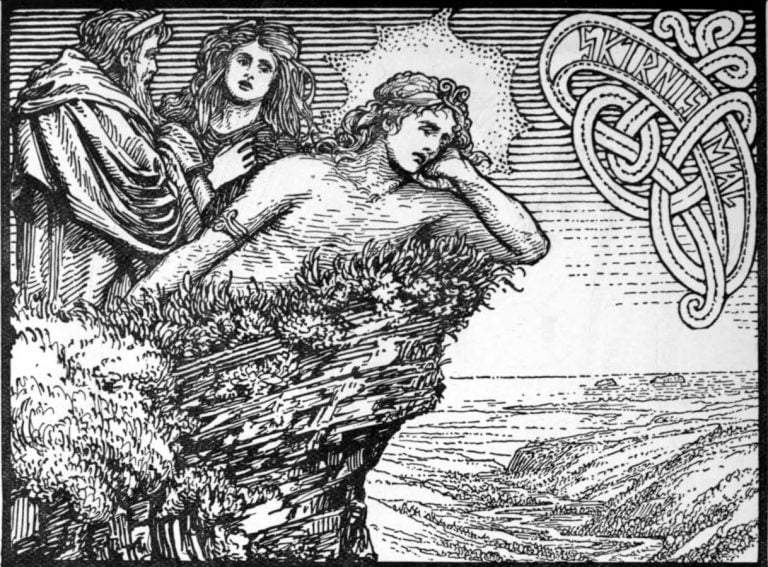 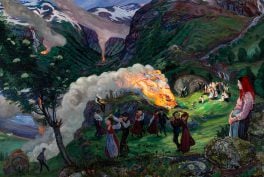 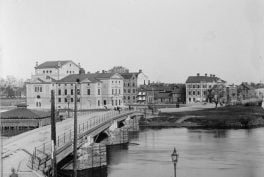 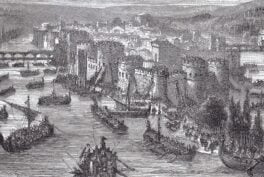 Literally speaking, mythology is an old-school kind of storytelling. “Mythos” is a Greek word for “story” while “logia” has the meaning of “telling”, or more specifically, “knowledge.” All the mythologies have their origins in communities telling stories through word of mouth. In the same vein, Norse mythology is a set of traditional tales from North Germanic people of the pre-Christian era. Here are the representations of Norse mythology in art!

When the world was not nearly as connected as it is in our times, humans lived all their lives in distinct realities depending on climate, availability of certain foods and materials, local presence of certain plant and animal species, etc. These circumstances influenced the specific nature of each mythology. Subsequently, the written word became a deal-breaker for a wider reach of traditional myths. The ancient Greek and Roman writers described a lot of myths in so much detail that they served as a reference for visual artists for centuries to come. Similarly, the Bible served as the reference for all the depictions of Christian themes.

On the other hand, it is difficult to find characters and scenes from Norse mythology (also known as Germanic mythology) in visual art from times earlier than the 19th century. The reason for that is clear just from reading between the lines of the previous paragraph. Unlike Greco-Roman mythology, Norse mythology only got a limited amount of widely available descriptions through the written word.

Prose Edda as a Reference for Norse Mythology

The Norse equivalent of Homer’s poems for Greek myths and the Bible for Christianity is the medieval textbook, Prose Edda. Although it contains an incredible number of stories from Norse traditions, it was not translated from Old Norse to most languages before the 19th century. As a result, great masters of Northern European art in the times of Renaissance and Baroque had no way to know about Norse myths at all.

Old Norse language is closely related to Old English and modern Icelandic. It is important to remember that pagan religious practices remained in Iceland much longer than anywhere else in Scandinavia. As a result, Norse myths remained in local traditions for much longer.

One thing is certain, Iceland is an island, far away from continental Europe. It was incredibly difficult to reach before the Industrial Age came around. Nevertheless, the people of Iceland created an incredible amount of literary works. Aside from the texts, editions of Prose Edda contain vivid illustrations.

Finally, since the early 20th century, archaeological excavations across Scandinavia have unearthed some long-lost pieces of Viking art. Rällinge Statuette is one of the most notable examples of these discoveries. Although its exact purpose is uncertain due to a lack of clear iconographic attributes (items and symbols that occur with a specific character in art), the most common theory is that it is Freyr, the god of prosperity. The statuette’s design has its unique style, differing from contemporary styles in the rest of Europe.

The Presence of Norse Myths in Folklore

Nature is an important aspect of many communities and their traditions. Romanticist painter, Barend Cornelis Koekkoek, chose to move his residence from his native Netherlands to the nearby areas of Cleves in Germany, in order to get closer to, as he described, more Romantic landscapes. His inspirations were hills, mountains, and waterfalls, all of them missing in his native lands. In his painting, Forest Scenes, the dominant figure is the oak. At the time, this kind of tree had the name “Wodan’s Oak” in popular culture, deriving from the major god in Norse mythology, Odin, whose Dutch name is Wodan. Dutch is one of the modern Germanic languages. Curiously, “Wednesday” is also derived from the name of Odin.

The oak is one of many examples in which the plant species in Germanic languages are named after mythical creatures. For instance, some plants have their colloquial names inspired by ancient Norse gods, such as “Freya’s hair”, “Freya’s tears”, “Baldr’s brow”, and many others.

The age of Romanticism in arts brought the passion for traditions and culture of common people, sometimes referred to as folklore. Norse mythology changed from mere immaterial heritage to inspiration.

Finally, a great step in the popularization of Norse mythology occurred after Richard Wagner premiered The Ring of the Nibelung through the 1870s. In fact, these operas were modeled after the Greek drama, doing the same favor to Norse mythology that drama writers such as Sophocles were doing for Greek mythology.

Saga is the Norse Word for Mythology

Despite the obvious geographical distances between ancient and traditional communities, some feelings are universal. The god Njörðr is the closest equivalent to the Greek god Poseidon, both being gods of sea and storms. However, their other “roles” showcase the cultural differences. For instance, Poseidon’s role includes earthquakes (something unknown in the North of Europe) and horses, while Njörðr represents fishing and crops, things different gods are responsible for in Greek myths.

British artist William Gershom Collingwood visited Iceland in 1897 and created the illustrated travel book, A Pilgrimage to the Saga-steads of Iceland. He is responsible for some of the finest representations of scenes featuring Njörðr and other characters from medieval Icelandic sagas. Njörd’s Desire of the Sea showcases the artist’s clear imagination of emotions in Norse mythology, as the moon in the background gives a clear depiction of long polar nights.

“Saga” is a predominantly Icelandic literature genre. The word itself shares the etymology with the English verb “to say” or German “sagen”. In fact, a saga is literally a “saying”, or the Norse/Germanic word for “myth” and “mythology”!

A special type of saga is the legendary saga, whose narratives are believed to happen before the settlement of Iceland. They describe another important aspect of Norse mythology, the legendary kings. Every mythology has legendary rulers in the narrative, and while the historical existence of these individuals is uncertain, historians may find out that some people and events served as a reference for these myths.

In fact, the names of mythical characters influenced many words that are still in use in modern languages. Hephaestus, the Greek god of fire, is in the origin of the Modern Greek word Ifaistio, meaning volcano. Curiously, the Roman name for Hephaestus is Vulcan! Similarly, the Norse god Thor is in the etymology of the words such as Thunderstorm and… Thursday. He is the god of lightning and storms who carries the hammer. He is also the one responsible for strength and fertility.

The painting Thor’s Fight with the Giants from Mårten Eskil Winge is an example of Romantic Nationalism in 19th century Sweden. Romanticism was a movement that brought not only folklore to the light, but also the concepts of nationality and national identity. It resulted in many historical paintings, visually representing Romantic ideas of remote history.

As a composition, this painting slightly mimics the Baroque paintings of mythological and Christian scenes, and it was a popular work of art in the times when the Swedish public saw it for the first time. However, its national meaning went too far, and as it happened with most of the Romantic movement (including Richard Wagner), it was misused by the supporters of the Nazi and other far-right nationalist ideologies.

Apple as a Symbol of Youth

To light up this article with a joyful story, let’s take a look at Ydun (originally Iðunn), a goddess who represents youth and carries apples she gives to other gods and goddesses– thus allowing them to stay forever young.

The artist Nils Blommer is the one who specialized in giving warm and colorful illustrations to Norse myths. Without the quest for godly perfection that we find in Renaissance depictions of Greek/Roman gods, these simple illustrations of Ydun and her husband Bragi give them the sense of relatable human looks. Bragi is the god of poetry holding his harp, while Ydun again appears with her apples.

Apples have a variety of meanings in faith and popular culture across the world. From Adam and Eve, Snow White, and finally, to Apple tech devices, Ydun’s apples are likely the most joyful.

Once again, Norse mythology is a part of folklore, but this time it is called popular culture. The human desire for myths, and sagas for that matter, just changed the media. After Disney made a breakthrough with children’s tales that combine a variety of worldwide folklore and systems of belief, Norse mythology found ground in fantasy literature, most notably in the works of J. R. R. Tolkien and J. K. Rowling. Finally, Norse gods became common characters in video games, along with characters from other mythologies.

On the Texas-Mexico border, there are treasures of prehistoric art: hundreds of painted caves and rock shelters dating as early as 2000 BCE. Filled [...] 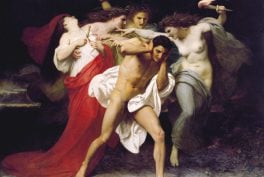 Marcus Aurelius, the last of the five good Roman emperors once wrote: “The best way to avenge yourself is not to become as they are” (Meditations [...]