Alexander the Great and His Mermaid Sister in Greek Folklore 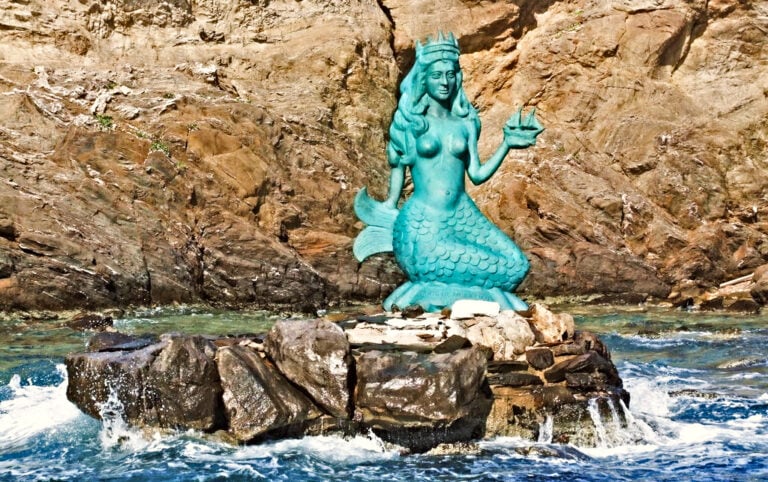 There is no need for a long introduction to Alexander the Great’s place in history; he is one of the most famous military leaders and he has been depicted many times in both ancient and modern art. However, when it comes to his life before he became a leader, the conversation shortens. This is not because there is no information about him, but rather it is, perhaps, seen as less exciting. Despite this, over time, many legends have flourished about his family and his adventures. In popular folklore there is even a story that Alexander the Great’s sister was a mermaid!

Ancient Greek origins of the mermaids

In ancient Greek cosmogony, Gaia was one of the first cosmic deities, along with Chaos and Eros. While sleeping next to Eros, she gave birth to her first son, Uranus, without insemination. Thus, Gaia became the ancestral mother of all life. As a result of her sexual union with Uranus, she bore the Titans (from who the Olympian Gods were born), the Cyclopes, the Giants, and Oceanus or Pontus, the primordial sea-god.

Thus, Gaia bore Pontus’ five children: Nereus, Thaumas, Phorcys, Ceto, and Eurybia. Phorcys and Ceto gave birth to the Three Graeae (or the Grey Sisters; they shared one eye and one tooth), Scylla and Charybdis, and the three Gorgons or mermaids: Stheno, Euryale, and Medusa. According to a version of the legend, the three gorgons were originally centaurs but the goddess Athena transformed them into monsters because of Medusa. They are often associated with the Sirens. However, despite their similarities, Gorgons and Sirens are different demons.

According to popular myth, a mermaid is a sea demon that sinks ships and creates sea storms. It is a female demon, with the body of a woman from the waist up and a fishtail from the waist down. Moreover, her song is deadly to anyone who hears it. Many sailors have lost their lives because they were bewitched by mermaids.

Alexander’s sister was a mermaid?

On the basis of the myth under examination, Alexander the Great had a stepsister from his father’s side, King Phillip (359-336 BCE). Her name was Thessaloniki. There are many versions of this folk legend, but it begins with Alexander searching for the water of immortality. In one version, Thessaloniki drinks the water of immortality before her brother on purpose, and so he curses her and she turns into a mermaid. In another version, she drinks the water accidentally and is transformed into a mermaid out of her own sorrow. According to a third version, Thessaloniki found the water and brought it to Alexander, but he offered it to her.

Despite the variations, the end of the myth is always the same. Thessaloniki wanders into the sea and whenever she sees a ship, she asks: “Sailor, sailor, is King Alexander alive?”. If the sailor gives her a positive answer, she swims away happily. But if the answer is negative, she sinks the ship, kills all its sailors, and creates a sea storm from her tears.

The legend in art

Over the years, there have been many interpretations of Alexander and his sister in art. Most artworks are of Greek folk art, which sometimes makes it difficult to trace the artist. However, there are also a few contemporary pieces. Either they are fully contemporary, such as digital art, or the artist uses a contemporary means to depict the subject in a more traditional way.

If you like Ancient Greek mythology, we suggest some further reading: